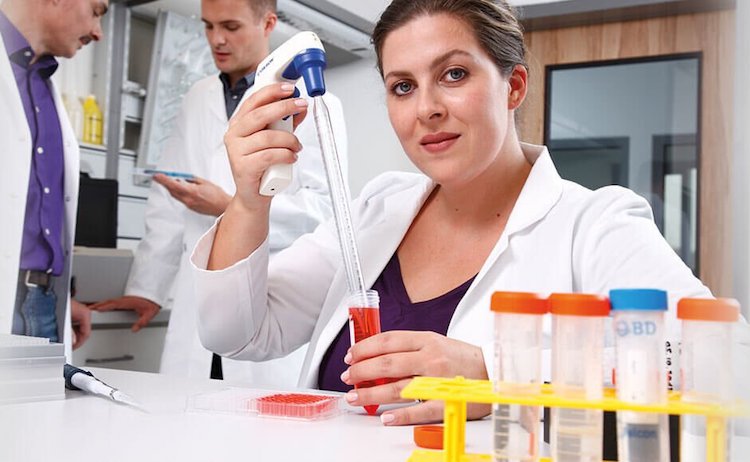 Over the past several months, the world has been dealing with the first major global pandemic in more than a generation.

It has disrupted economies far and wide, cost hundreds of thousands of lives, and laid bare many of the weaknesses of the global medical industry.

One of those weaknesses has been the difficulty that multiple countries have faced in scaling up laboratory capacity to meet the demand for PCR testing created by the crisis.

Among them, the United States stands out as the most visible example of that struggle. And now, with demand beginning to surge once again, it appears that laboratories are still not sufficiently prepared.

One of the reasons for that is the difficulty the industry has had in dealing with a long-standing workforce shortage. That has led to labs dealing with chronic understaffing, which prevents them from scaling up when the need arises.

But now, a breakthrough by scientists at the University of Liverpool in the UK might offer a boost to those laboratories in the near future.

A Technician that (Almost) Never Sleeps

The breakthrough is a robot lab assistant that can work nonstop on various research and testing for 22 hours per day, pausing for only two hours to recharge.

It can work in the dark doing anything it’s been programmed to do, including the use of equipment designed for humans. It does so via the use of a robotic arm designed by German robotics firm Kuka, and a LiDAR-based control system that allows navigation in often crowded laboratory settings.

The design, while initially meant to allow for labor-intensive research into low-priority studies, would work just as well to augment lab technicians who are overwhelmed with diagnostic testing tasks.

And because the robot can perform experiments at 1,000 times the pace of a human, adding them to a laboratory’s arsenal would create additional testing capacity without further straining the lab’s human staff.

Testing is Under Way

Although it isn’t clear how long it might take before a commercialized version of the system is available, the initial results of the robot’s use have been promising.

The researchers have chronicled their work in the journal Nature, including details of experiments performed by the machine.

In a series of tests aimed at identifying substances that accelerate the chemical reactions that create hydrogen from light and water, the robot carried out more than 688 complete experiments over an eight-day span.

It was all the kind of research work that would only be asked of a human lab technician if the results were especially high-value, but that would otherwise remain unexplored due to the high time investment involved.

Given the early success of the prototype, it’s not hard to imagine commercial laboratories turning to the technology in the near future to handle the exact kind of PCR testing that’s not in such high demand.

The trial runs have already proven that the robot can operate machines like a multi-mode microplate reader, which are necessary for such testing. And providers of such equipment like BMG Labtech wouldn’t even have to modify their designs to accommodate the robots.

That would mean laboratories would have the option of automating large-scale diagnostic testing, which would be a major asset in a situation like the one they face today.

All they’d have to do is entrust a suite of diagnostic equipment to their new robot lab technician, and they’d have an instant, near-round-the-clock testing facility with greater output than they can even dream of today.

It would also free up the precious few human lab techs to perform more necessary work – both meeting the output demand and relieving the chronic manpower shortage. And that’s a possible future that lab operators should be working as hard as they can to realize.