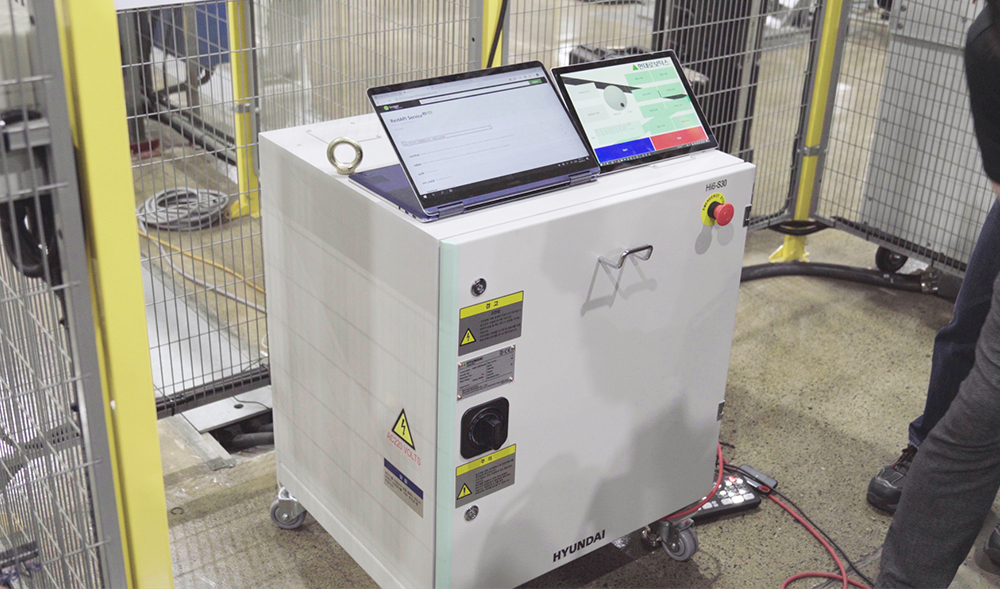 Hyundai Robotics says it has significantly increased the number of steps its Hi6 robot controller is capable of – from 20,000 to 10 million.

The company unveiled the new version of Hi6 during a presentation at its Daegu headquarters in South Korea recently.

Hyundai Robotics says: “The 20,000 steps of jobs of the previous Hi5 controller were significantly increased to 10,000,000 steps by expanding storage space through SSD.

“This eliminated the burden on the existing memory, including large-scale processing trajectories and response to large-scale works.”

The Hyundai Robotics presentation, entitled the “Hi6 Controller Exhibition”, was used to check various functions of the Hi6 Controller under development and discuss future directions for the improvement.

The presentation consisted of two parts:

As the development was made based on various VOCs of users of Hi5 controllers, the announcement was mainly focused on customer-friendly improvements.

Hyundai Robotics says the Hi6 controller has made improvements across the board in performance, design, user-friendliness, and so on, compared to the previous model.

In particular, by improving the keypad type teaching pendant, the smart pad TP600, which supports large-sized LCD touch and optimal monitoring, was introduced.

Along with the 8-inch screen, the 8.5mm cable provided a stable center of mass, thereby increasing convenience significantly.

Hyundai Robotics says it has received attention for its future steps by revealing various future directions for improvement, such as the development of the platform with an embedded vision system and application of self-diagnostic technology using HRMS.

Currently, functional and reliability tests are under way for the Hi6 controller, and a field test is planned in late July.