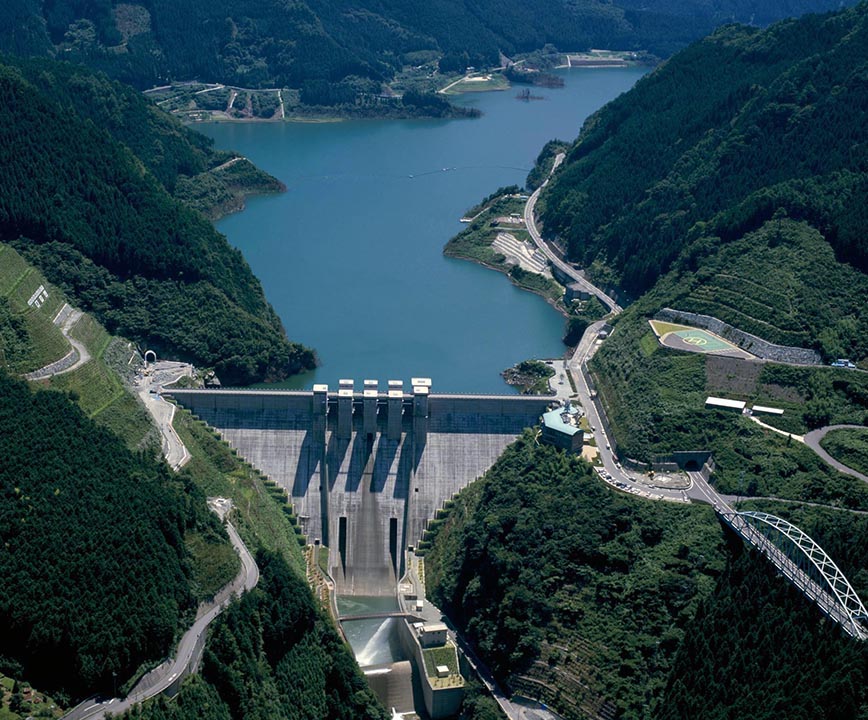 In fact, according to Nikkei, almost every stage of the construction of the concrete dam will involve some sort of automation technology.

The cranes, for example, are fully automated, although they will still be directly overseen by human workers for safety reasons.

Concrete will be poured and applied by robotic machines specially developed by Obayashi, although here too human workers will monitor and check their work, and finishing off for them if necessary.

Like many dams, this dam will be built up using concrete “forms” or slabs. The raw material for these forms will be poured by robots and the finished, dried, hardened form will be lifted and placed by the robots.

Typically, in order to place concrete forms correctly, a group of human workers would work in a co-ordinated way, along with a human operating a manual crane.

This human labour-intensive process has now been eliminated entirely from the Obayashi dam project.

In terms of efficiencies gained through the application of robots to the job, Obayashi says that it has so far been modest.

The company calculates that, even after all its robotic and automation technologies are implemented, productivity increases by about 10 percent.

However, that is mostly because, at the moment, a relatively large number of human workers are still on site to closely monitor the robots, and step in if necessary.

Ten percent is still a significant amount if you are talking about a multimilion-dollar dam project, but in the future, the productivity gains will be even bigger, according to a Obayashi representative.