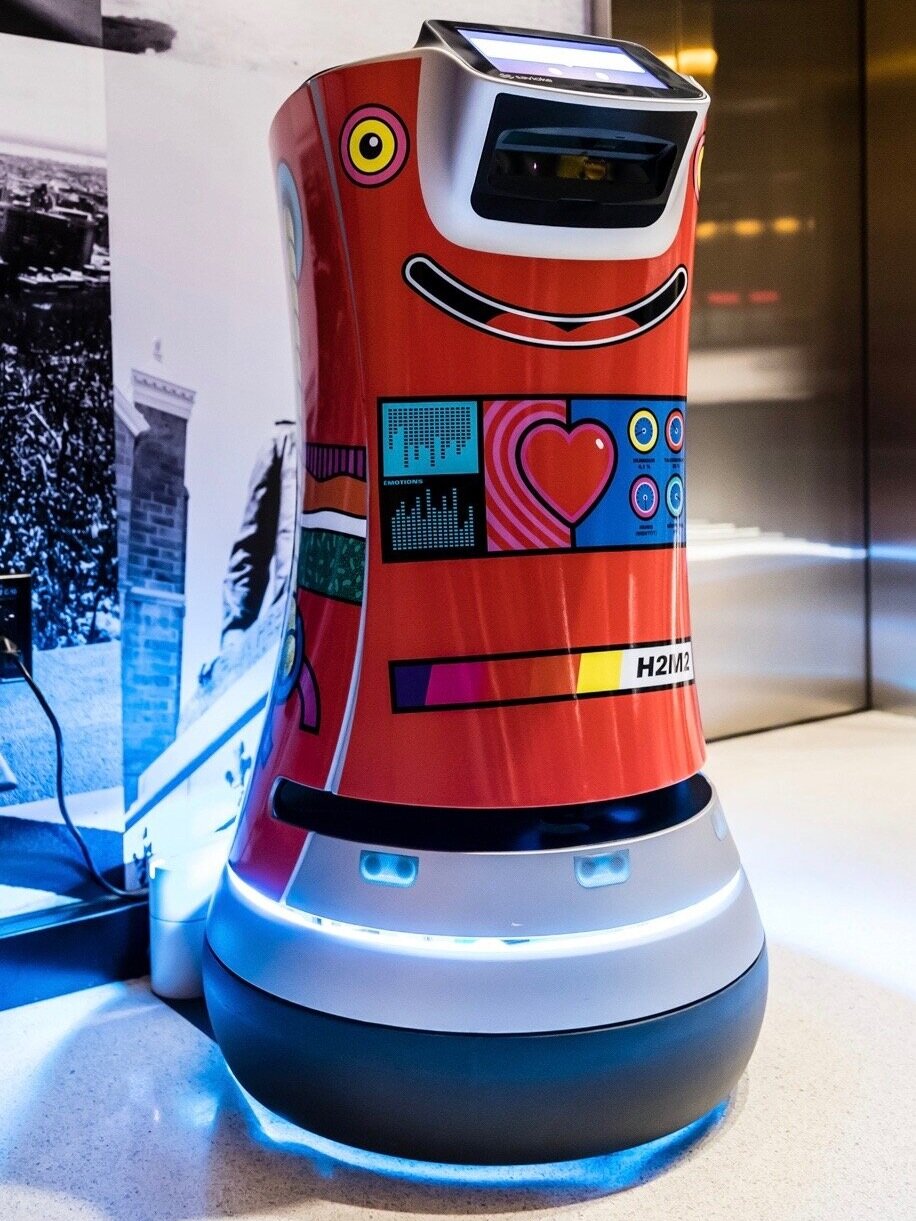 Savioke’s robot, Relay (pictured above), is being used to provide room service at a top hotel in Canada.

The Hôtel Monville Montréal says the implementation of the robot is part of its ongoing initiative to make everything connected and contactless.

Jean-Cédric Callies, director of sales and marketing at Hôtel Monville Montréal, says: “The Monville is 100 per cent connected.

“We already had the contact-free aspect of the experience in place as Canada’s first hotel with web-enabled check-in 24 hours prior to arrival and check-in kiosks.

“We started discussions with Savioke in 2016, two years prior to opening, to be the first Canadian hotel with robot-operated room service. Our robot is now a beloved staff member.”

“There is no contact for the guest with the robot. The robot stays outside of the room, the container opens when the door opens.

“The guest grabs the food and beverage (pre-packaged for sanitary/safety reasons and placed there by staff wearing gloves and masks). Also, the robot is cleaned before and after each delivery by the Front Desk staff.”

The hotel has given the Savioke Relay robot a name, after holding a competition for its most loyal guests.

Its received “a ton” of ideas and eventually chose “H2M2”, a reference to Star Wars’ R2D2 robot and “HM” for Hôtel Monville.

Callies says: “I love robots and technology, and so does social media. People will call me to ask, ‘Is this the hotel with a robot?’

“We love seeing our guests post photos and videos about H2M2.”

Savioke says Relay has so far made 10,000 room service deliveries – mostly of food – at the hotel, which is an average of 400 a month.

The company adds that Relay is being leased at a price that calculates to “$3 to $5 per hour, compared to staff costs”.

Callies says: “The response (to the Savioke Relay robot) has been tremendous. Safe, secure, contact-free room service volume has doubled in one year.”