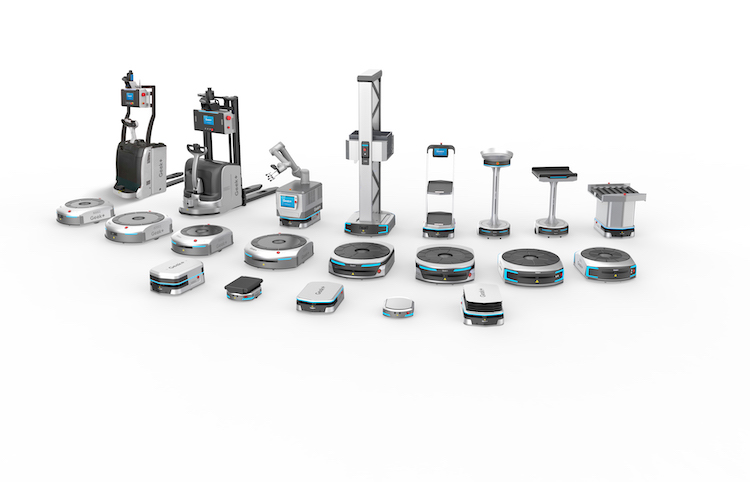 Geek+, an autonomous mobile robot manufacturer, has extended its co-operation with Decathlon, one of the world’s largest retailers of sporting goods.

Decathlon is present in over 50 countries with more than 1,600 stores globally and has been partnering with Geek+ on a successful two-year collaboration in its e-commerce and retail fulfillment centers in Shanghai.

Decathlon has now accelerated its automation program, with AMR deployments at two new sites in China. The installations were implemented remotely in under three months, following strict pandemic restrictions.

After its first deployment of Geek+ goods-to-person AMRs to its warehouses in 2018, Decathlon was able to triple the average productivity of labor, increase inventory capacity by 40 percent, secure return on investment in under three years and rapidly scale up its automation at short notice without having to make any large investments.

With a proven track record, coupled with the capability of Geek+ systems to integrate RFID technology, Decathlon then decided to increase deployments.

Technology from Geek+ gave Decathlon the flexibility to quickly scale up operations and the ability to manage a fast pace of change.

This proved particularly important earlier this year when the onset of the coronavirus in China led to the closing down of all physical stores, a dramatic escalation in online demand, and extensive labor shortages.

Geek+ lists some of the outcomes of its partnership with Decathlon:

In a new joint white paper, Interact Analysis closely analyzed the Decathlon-Geek+ partnership to obtain valuable insight into the future of logistics automation.

Ash Sharma, senior research director at Interact Analysis, says: “To write this whitepaper, we worked closely with both Decathlon and Geek+; and were also given privileged access to company information.

“This enabled us to fully understand the rollout of the solution, and its long-term implications for the e-commerce industry. Interact Analysis’ warehouse automation research shows that, today, there are close to 100,000 distribution and fulfilment centers around the world – with less than 5 percent of them fully automated. Geek+ style goods-to-person robotics are seeking to change this.

“Some of the efficiency improvements seen at Decathlon as a result of the Geek+ solution are highly impressive – in particular a tripling of labor productivity.

“As this technology matures and goes mainstream, we are convinced there will be massive growth in goods-to-person robotics in the next five years.”