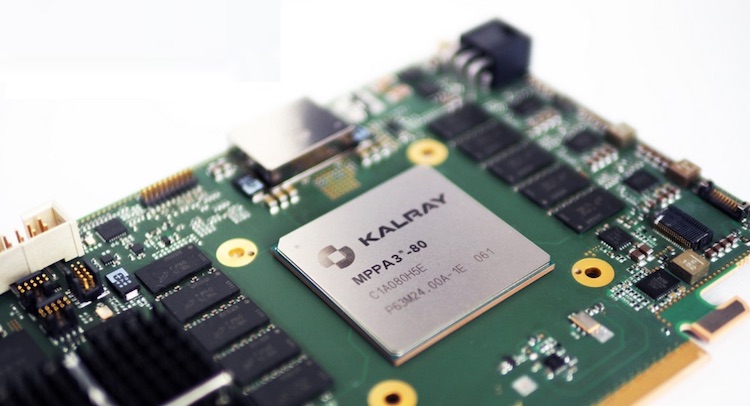 The partnership between the companies is said to pave the way for integration into robots and autonomous vehicles.

ESOL is a developer of real-time embedded software solutions, and describes the the eMCOS POSIX as a “high-performance, scalable real-time operating system”.

As a result of the partnership between ESOL and Kalray, developments based on the MPPA Coolidge can be brought to market for advanced applications such as Autoware and AUTOSAR Adaptive Platform software for autonomous driving, as well as ROS for robotic control.

Developers will be able to access the extremely high computing performance and low power consumption of the MPPA Coolidge (80 cores) on the same terms as existing multi-core processors.

For eSOL it ultimately means the ability to offer a POSIX-compliant, secure software platform that takes advantage of the Coolidge “manycore” architecture.

Scalable support is also provided, not only in homogenous settings that lack a cache coherence mechanism, but for heterogeneous configurations combining different architectures.

The safety of the eMCOS platform is delivered by eliminating single points of failure and providing freedom from interference in the software that mixes different automotive safety integrity levels, an essential requirement of Functional Safety standards.

As a point of note, an optimized development environment and tools are available for creating advanced applications with multiple POSIX processes targeting the MPPA Coolidge.

In heterogeneous hardware configurations, eMCOS supports a variety of profiles that include POSIX, AUTOSAR and a hypervisor.

This flexibility enables the RTOS to deliver optimal computing performance from MPPA Coolidge, which can be used as a stand-alone embedded platform that mixes functions with different criticalities on the same chip, or as an accelerator delivering high performance when combined with a separate host processor.

Stéphane Cordova, VP embedded solutions at Kalray, says: “We have engaged with eSOL as part of a technical and strategic collaboration for many years, and this latest development highlights what we can achieve together for the benefit of customers.

“Moving forward, we intend continuing this teamwork to supply secure software platforms that combine high performance and safety for a wide range of advanced and demanding applications such as autonomous driving, industrial equipment, robotics, medical devices and edge computing.”