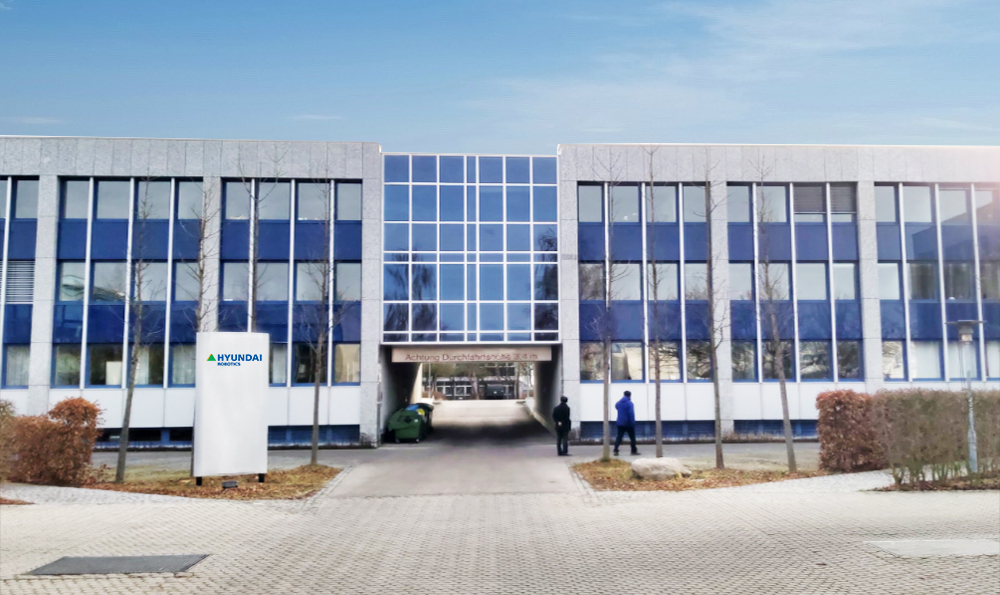 Germany occupies about 37 percent of the robot demand in Europe and it has an advantageous location because it is close to four countries in Western Europe (Germany, Italy, France, Spain) with an “overwhelming robot demand” compared to other regions.

The decision to establish an office in Germany was also based on convenient transportation to Czechia and Slovakia, where the first and second vendors of Hyundai Motor Company and Kia Motors are located.

The Europe office introduces Hyundai Robotics’ industrial robots and other robot lineups to European customers and manages the robots that were supplied to Korean auto companies located in Eastern Europe.

The Europe office building has an office, material warehouse, showroom, and training center, and will be greatly beneficial in demonstrating the competitiveness of the robots to customers and offering training services.

Director Chang-Hun Lee, head of Hyundai Robotics Europe office, says: “Not only will we be looking for new clients through aggressive sales, but we will be putting in various efforts to improve the satisfaction of existing customers.”