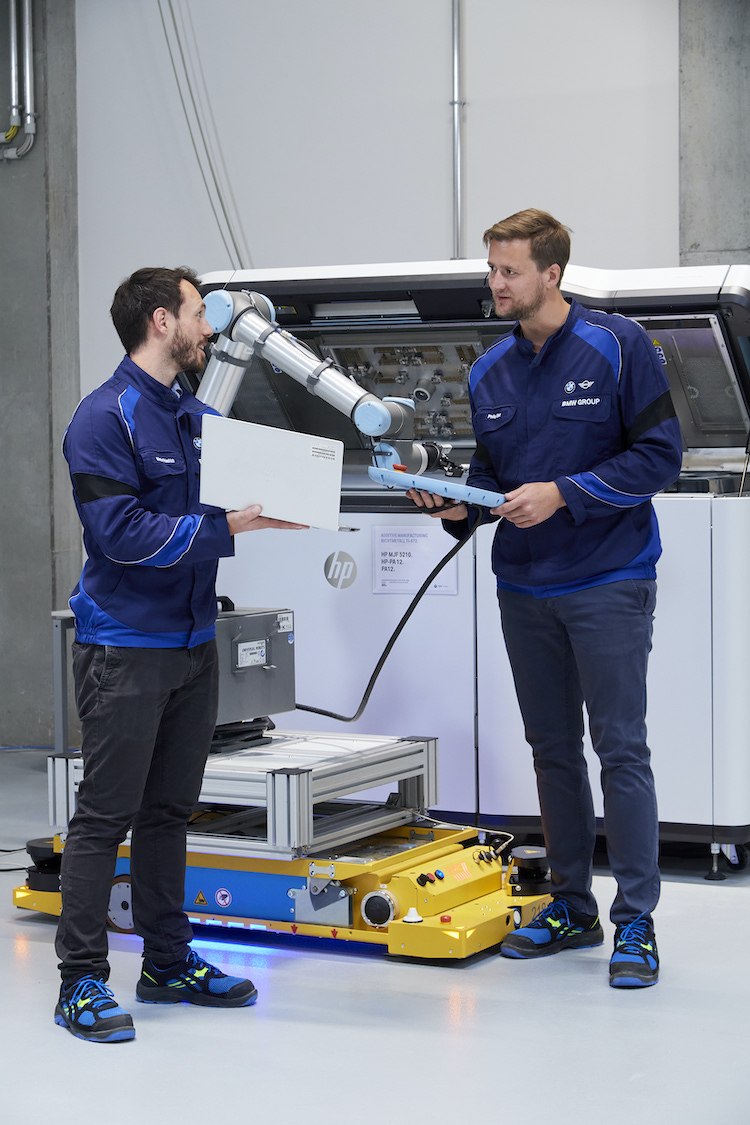 The new centre brings together production of prototype and series parts under one roof, along with research into new 3D printing technologies, and associate training for the global rollout of toolless production.

The facility will likely 3D print parts for the Rolls-Royce Phantom, BMW i8 Roadster and MINI John Cooper Works GP, which contains no less than four 3D-printed components as standard.

BMW says the campus, which came at an investment of €15 million, will allow the company to develop its position as technology leader in the utilisation of additive manufacturing in the automotive industry.

Speaking at the opening ceremony, Milan Nedeljković, BMW board member for production, said: “Additive manufacturing is already an integral part of our worldwide production system today, and established in our digitalisation strategy. 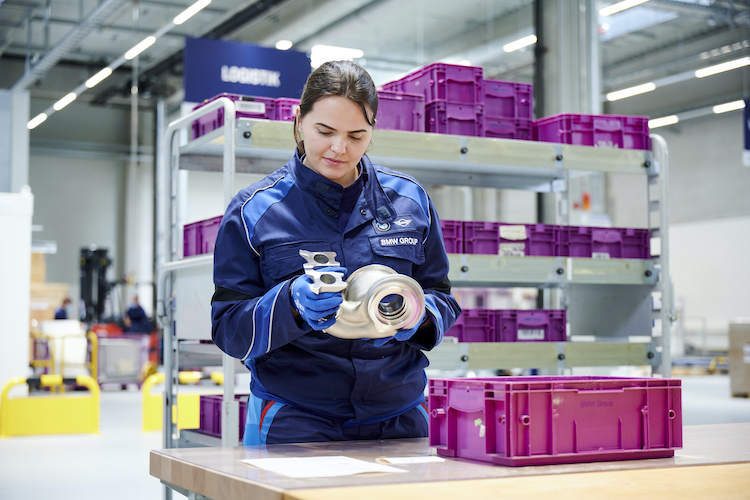 “In the future, new technologies of this kind will shorten production times even further and allow us to benefit even more fully from the potential of tool-less manufacturing.”

Daniel Schäfer, senior vice president for production integration and pilot plant at BMW, says: “Our goal is to industrialise 3D printing methods more and more for automotive production, and to implement new automation concepts in the process chain.

“This will allow us to streamline component manufacturing for series production and speed up development.

“At the same time, we are collaborating with vehicle development, component production, purchasing and the supplier network, as well as various other areas of the company to systematically integrate the technology and utilise it effectively.”

Many years of in-house expertise and cooperations advance the technology

Jens Ertel, director of the additive manufacturing campus, says: “Over the last 30 years or so, the BMW Group has developed comprehensive skills, which we’ll continue to enhance on our new campus, which has the latest machines and technologies.

“In addition, we develop and design components that are faster to produce than by conventional means, offer flexibility in terms of their form, and are also more functional.

“We are working hard to mature additive manufacturing fully and benefit from it as far as possible throughout the product life-cycle, from the first vehicle concept through to production, aftersales and its use in classic vehicles.”

Last year, BMW produced about 300,000 parts by additive manufacturing. The BMW Additive Manufacturing Campus currently employs up to 80 associates and operates about 50 industrial systems that work with metals and plastics. Another 50 systems are in operation at production sites around the world.

Access to the latest technologies is gained through long-standing partnerships with leading manufacturers and universities, and by successfully scouting for industry newcomers.

Back in 2016, BMW i Ventures – the venture capital arm of the BMW Group – invested in the Silicon Valley-based company Carbon, whose DLS (Digital Light Synthesis) technology achieved a breakthrough in planar processes, using a planar light projector to enable super-fast component production.

Further investments were made in 2017, when BMW became involved with Desktop Metal, a start-up specialising in additive manufacturing of metal components and developing innovative, highly productive manufacturing procedures.

Close collaborations with Desktop Metal continue. In the same year, BMW i Ventures invested in the US start-up Xometry, the world’s leading platform for on-demand manufacturing.

With its extensive network of manufacturing companies specialising in fields such as 3D printing, Xometry provides fast access to components.

The latest investment was in the German start-up ELISE, which allows engineers to produce component DNA containing all the technical requirements for the part, from load requirements and manufacturing restrictions to costs and potential optimisation parameters.

ELISE then uses this DNA, along with established development tools, to automatically generate optimum components.

By cooperating with partners and universities, BMW is working to accelerate the application of additive manufacturing technology and generate its own suitable portfolio of manufacturing processes. 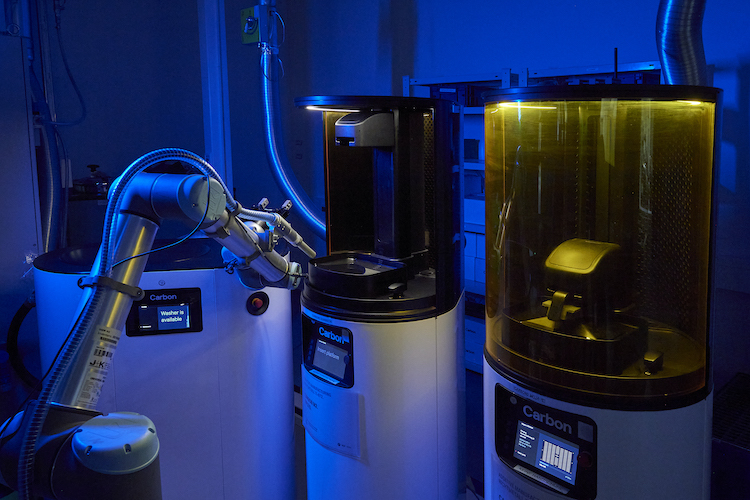 Additive manufacturing in research and pre-development

The pre-development unit of the Additive Manufacturing Campus optimises new technologies and materials for comprehensive use across the company.

The main focus is on automating process chains that have previously required large amounts of manual work, to make 3D printing more economical and viable for use on an industrial scale over the longer term.

When it comes to developing 3D printing processes for use on an industrial scale, research projects are especially important.

Such as the Industrialisation and Digitisation of Additive Manufacturing for Automotive Series Production (IDAM) project as well as the IDAM project, both supported by the German Ministry of Education and Research.

With IDAM, the BMW Group and its 12 project partners are crucially paving the way for the integration of additive manufacturing into series production environments within the automotive industry.

At the Additive Manufacturing Campus, a production line is being set up that replicates the entire process chain, from the preparation of digital production through to manufacture and reworking of components.

The IDAM team are now preparing it for the specific requirements of series, individual and spare-part production.

The production targets confirm the status of this collaborative undertaking as a lighthouse project: output is expected to total at least 50,000 series components a year, with over 10,000 individual and spare parts, all produced in very high quality and enabling BMW to help strengthen Germany’s role as a pioneer in 3D printing.

The Additive Manufacturing Campus is also making a significant contribution to series production of plastic parts.

In the PolyLine project, the focus is on aspects such as digitally linking process steps, and the development of a consistent quality assurance methodology for the entire process chain.

The Additive Manufacturing Campus will provide the backdrop for the project’s consortium of 15 partners to develop and test a future-proof, fully linked, automated production line for plastic components.

Findings from the project are expected to help reduce manufacturing costs by as much as 50 percent, making a vital contribution to series production. 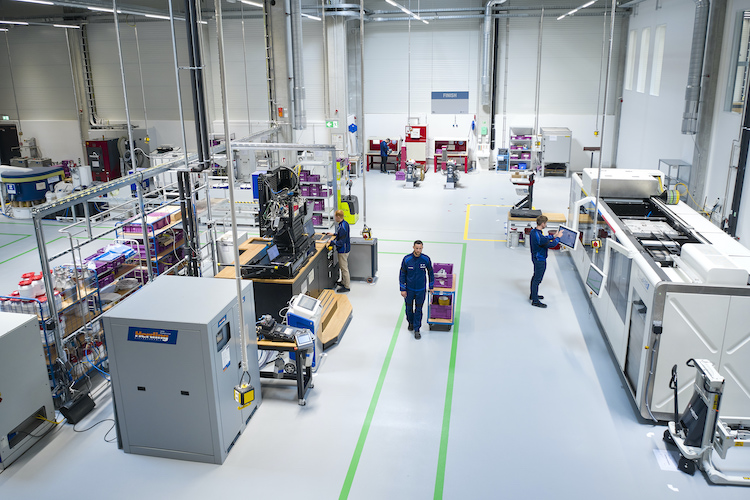 Training across the company

As well as manufacturing components, the team at the Campus provides personal consultations and training courses for associates across the company.

Ertel says: “To roll these technologies out successfully, we need well-trained colleagues across the network who fully understand their advantages and features.

“To use them, designers will need to adopt a new way of thinking and an entirely new approach as they devise the upcoming components.

“3D printing allows almost any shape to be produced, paving the way for new designs and functions. Nowadays, there are countless components that can only be manufactured additively.”

BMW production facilities around the world all manufacture 3D-printing components already, be it for prototypes or production, or as country-specific parts for customers.

Manufacturing parts where they are needed is a sensible solution for the BMW Group, and so additive manufacturing processes are a useful complement to existing production technologies.

BMW first started the additive manufacturing of prototype parts back in 1991, for concept vehicles.

By 2010, plastic-and metal-based processes were being rolled out, initially in smaller series, to produce items such as the additively manufactured water pump wheel in the DTM race cars.

Further series production applications followed from 2012 on, with a range of components for the company’s high-end and luxury cars.