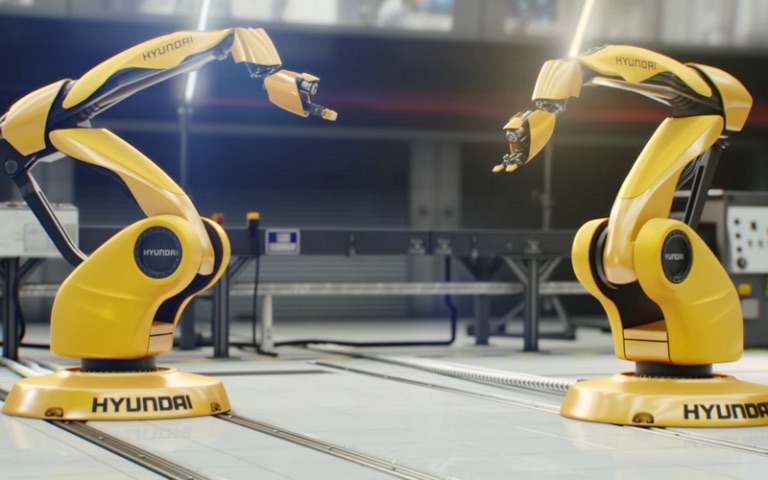 Various senior executives of the Hyundai Heavy Industries Group and KT were in attendance at the signing ceremony, including: 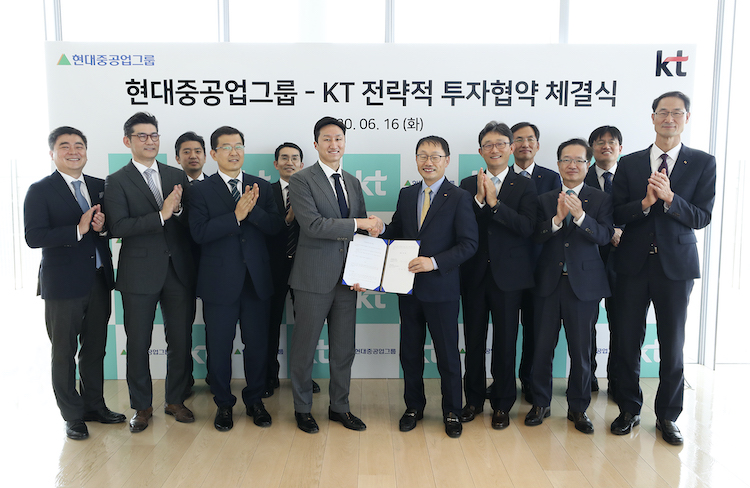 KT’s investment conveyed its belief that Hyundai Robotics has “great potential to grow in the future”, as shown through its competitive edge as the “number-one company in the industrial robot market in Korea and because they are already collaborating in the service robot market”.

At the signing ceremony, Hyundai Heavy Industries Holdings signed a business partnership with KT and they discussed how they will work together in the face of rapid changes in the market of various fields, such as artificial intelligence and information and communications systems.

Moreover, they will be establishing a co-operation committee of six members (three members from each company) – headed by Hyundai Heavy Industries vice president Ki-Sun Chung and KT president Hyeon-Mo Koo – to strengthen business co-operation around Hyundai Robotics and discover new ways to co-operate with other subsidiary companies.

This agreement also started the discussion on a business partnership both in the field of service robots that are used in hotels and restaurants, and smart factories which are based on ICT.

The two companies are planning to co-develop a self-driving algorithm in the service robot field, with Hyundai Robotics developing the hardware while KT takes charge of developing and applying the operational software.

They have the blueprint for global top-tier robot companies by going beyond industrial robots and entering the service robot market by co-developing food and beverage robots, cleaning and patrol robots loaded with cleaning and security functions, and more.

Further, they will be developing a joint operated and controlled platform in the field of the smart factory. And based on the platform, they can provide robots from Hyundai Robotics and wireless cloud services from KT.

These two companies will also be expanding their integrated smart platform business to the smart hospital and smart logistics fields.

Chung says: “The competitive edge of manufacturing companies is no longer to simply manufacture products, but to read and actively change with the market flow of digitalization.

“Our cooperation with KT will become an opportunity for ‘digital innovation’ that will help Hyundai Robotics and further, the entire Hyundai Heavy Industries Group strengthen our competitive edge as leading corporations in the world.”

Koo says: “This strategic partnership is a new driving force of growth for the Hyundai Heavy Industries Group and we expect it to become a stepping stone so that Hyundai Robotics, with its core competitiveness, to grow into a global robot company.

“KT will start with the Hyundai Heavy Industries Group and expand our “digital innovation” into various fields and contribute to improving the country’s competitive edge.”

After Hyundai Heavy Industries and KT signed a “5G-based Smart Project” agreement in May last year, they also participated in the “AI One Team” that started with the goal of becoming “the number-one AI country” in March of this year and also signed an MoU to co-develop “5G smart construction equipment and industrial vehicle solutions” in May of the same year.

The companies say they are strengthening their business partnership through various projects from smart shipyards, robots, and construction equipment.