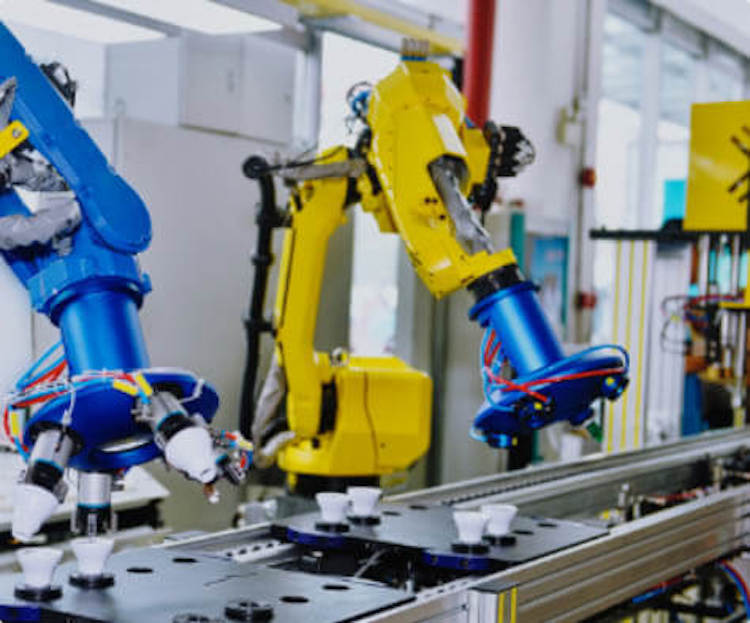 Driven by the never-ending increasing demand for more flexible solutions, industrial robots are extensively used in today’s plastics industry in all areas of the production process, including injection molding related operations.

Industrial robots can be used to automate the injection molding process by using a pick-and-place robot to load plastic parts into the machine or to place the finished pieces onto a conveyor belt.

And as human-operated injection molding leaves room for variations, the use of robots in the process ensures the production of the highest quality, accurately cut, formed, and measured finished products every single time.

The utilization of robotics provides producers with the much needed competitive advantage with noticeable increases in both productivity and quality of the produced parts.

In the following article, we are going to talk about their application in different stages of the production and post-processing, point out the advantages that robotics bring to the table, and compare the process with a traditional form of injection molding. 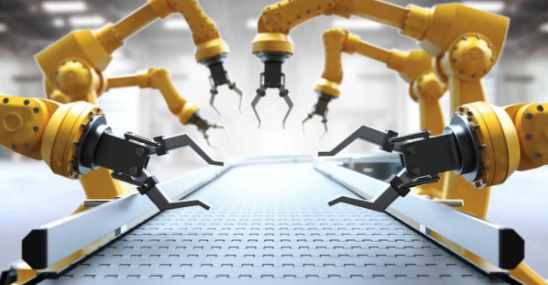 Application of Robotics in Injection Molding

Plastic injection molding is a fabrication process for producing plastic parts in large volumes where the identical products are being made repeatedly, and industrial robots find their use as they can perform these highly repetitive tasks 24/7.

One of the most common applications of robotics in injection molding is through machine tending. As this task is labor-intensive and requires high consistency in handling due to the heat-sensitive material being molded, a robot can relieve operators from repetitive work and the risk of injuries.

The use of robotics in machine tending generates improved product consistency and production capacity altogether. Robots armed with pneumatic grippers or vacuum can ensure the careful handling of newly injected molded parts and avoid damage.

They are also heavily reliant on performing insert molding. In most cases, inserts are metal objects such as a blade, threaded rod, or a pin.

As inserts can either be put inside the plastic molded parts during or after the injection process, six-axis robots are often used to load and unload an injection molding machine and add an insert to the molding.

Robots are also commonly used in plastic overmolding applications where two or more separate molded parts are combined to produce one finished product.

Since overmolding can be automated to varying degrees for fast and precise placement of components, robots are massively used to lift a molded part out of one molding machine and place it onto another for the over-molding process.

This automation can reduce labor and assembly costs, improve the quality, integrity, and reliability of the finished product.

Another common area for robotic automation is in-mold labeling. This is a process for labeling or decorating plastic injection molded parts during the injection molding cycle.

Manufacturers can use robots to load pre-printed labels or decorated films directly into the open plastic injection mold. Afterward, labels and decorations are permanently encapsulated within the molded parts and become an integral part of the final product.

In recent years as environmental concerns are undoubtedly increasing, recycling also plays a massive part in the plastic injection molding process with materials such as thermoplastic being recycled and used on multiple occasions.

When the mold is opened at the end of the process, the plastic cools and leaves solid plastic in the sprue, runners, gates, and cavity parts.

The latest technology sprue picker robots are used for the fast removal of the sprue or runner from the plastic injection molding machine. The robot will also place the materials into the granulator for further recycling.

Robotics also play a significant role in plastic injection molding post-processing. Many producers opt to go with a robotic trimming cell, as it provides first-class repeatability compared to a human employee performing the same task.

By performing multiple operations at the same time, it certainly increases the productivity and flexibility of the whole process.

Automating the post-processing parts of the plastic injection molding manufacturing can make a massive difference in production rates and cost-effectiveness. These machines can liberate employees from repetitive manual work as labeling, wrapping, or palletizing.

Automation of the manufacturing process is key to ensuring your end customers that your company will deliver the highest-quality product at a competitive price. Besides, injection molding robotics in the plastic industry provides numerous application benefits, including:

In the traditional form of injection molding, the plastic resin is manually transmitted into an injection molding machine and afterward is gradually melted. As the plastic becomes liquid, it’s pushed through a nozzle into a mold where pressure is applied until the cooling time passes.

Then, the frame opens up when a human operator removes the produced part and places it on a conveyor belt. The process is repeated countless times, depending on the volume of components that need to be manufactured.

Speaking of automated injection molding, the repetitive process is granted to robots, leaving human operators to focus on other complex tasks and necessary inspection.

Robotics can be implemented in various parts of the manufacturing and post-production process, making the production and the assembly of plastic molding far quicker and for reduced costs.

While working with third-party operators on developing a prototype or serial manufacturing of parts for your purposes, always make sure that the operator conducts a highly automated plastic injection molding process.

This way, you can be sure that the finished parts will come with superior quality and for the best price possible. 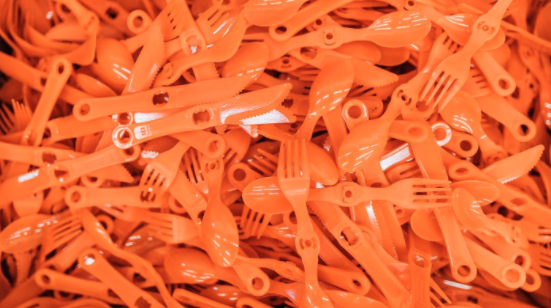 Now that you are fully aware of the implementation of robotics in injection molding operations and the benefits they bring make sure to at least inquire about how they can help you to elevate your plastic injection molding production to the next level.