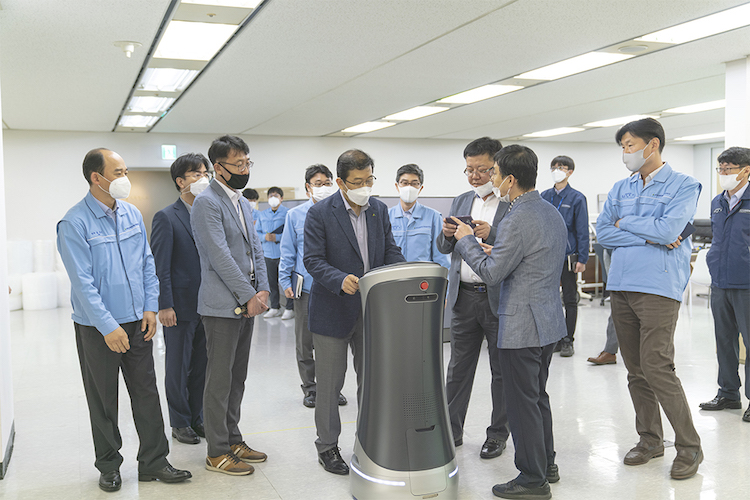 The company held an research and development presentation for the mobile service robot – which has been named “UNI” – at its Yongin Research Lab recently.

The first part of the presentation was a demonstration, and the second part consisted of a presentation of Hyundai Robotics’ achievements so far.

During the demonstration, the service robot was able to analyze an image file of a person, recognize the camera, and provide voice responses. 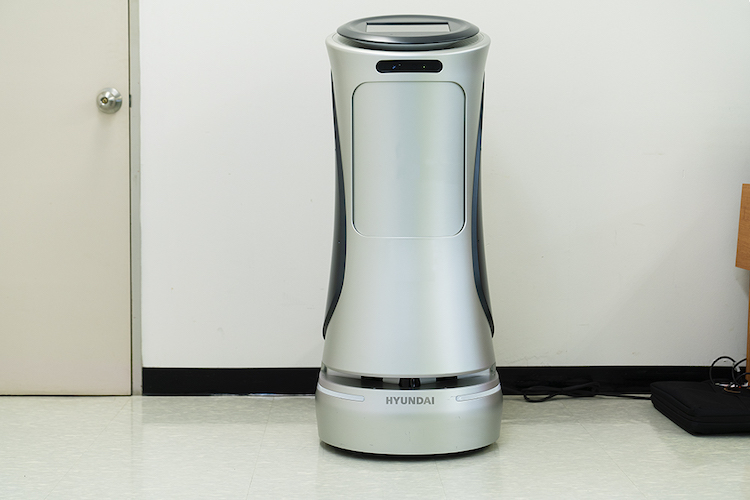 During the presentation that followed, Hyundai presented its work in mobile service robot research and outlined its plans for future projects.

The company says the robot’s various “user-friendly functions” generated interest, such as the text message delivery service and voice guidance service. The automatic driving function through the autonomous mobile robot system was “highly rated for its high compatibility”, says the company.

Hyundai Robotics also gave its analysis of the industry and discussed the blueprint that UNI “must move toward in the future” based on an objective market evaluation.

UNI is scheduled to be launched in the second half of this year, and Hyundai is currently implementing it in various places such as hotels for delivery services.

The company is planning to research various other applications, including office guidance services, security, air purifiers, and others.

“However, the Korean mobile robot market is still very much behind because we are unable to offer competitive prices.”

Lee, who has been at the forefront of Hyundai Robotics’ mobile service development, adds: “Hyundai Robotics will work harder to make mobile robots more accessible to everyone in the future.”