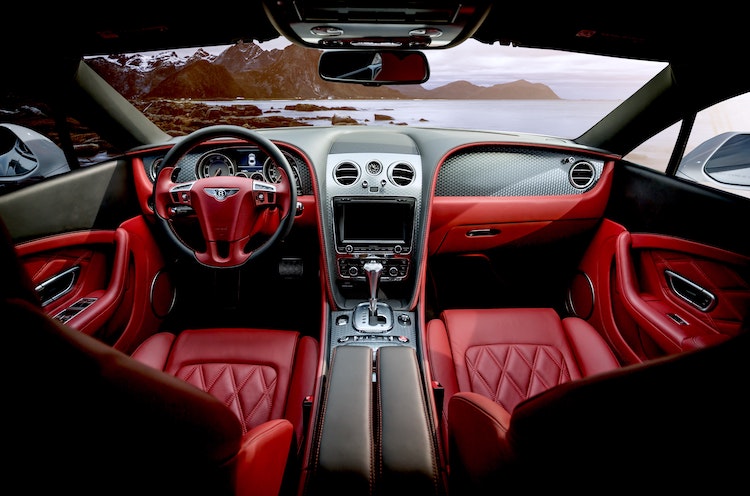 In 2015, Google, under Alphabet Inc, produced the first autonomous (self-driving) car, and today we have more than 19 autonomous parts manufacturers in the world. In the US, automated vehicles have already started roaming the streets and integrated with self-driven cars.

Based on that, researchers have moved from wondering if these cars should exist to observe how they potentially impact cities and their residents if all vehicles become autonomous. Additionally, it’s been estimated that by 2035, 10 percent of road vehicles will be autonomous, and by 2050, that number will increase significantly to over 50 percent. This will, no doubt, impact life as we know it.

In this article, we will further examine the ways autonomous vehicles will impact our lives, from little things all the way to the big ones.

In a 2017 report on trends in US real estate, MIT researchers predicted that autonomous cars will influence where people choose to live. You see, commuting can be a dreadful activity for many workers around the globe. Especially when they have to spend a significant amount of time on the road in the throes of traffic.

However, people are more willing to live far from their places of work with autonomous cars. Commutes will be more acceptable since the time usually spent driving can be channeled into other productive activities like reading, sleeping, or simply relaxing.

Another significant way in which autonomous cars can impact living arrangements is the choice of independent living. For the elderly, disabled, and sick, autonomous vehicles will immensely affect their lives because one major challenge they face is moving around.

Alphabet is currently testing design tools, like buttons with braille, to enable visually impaired people to move around with driverless cars.

2. Impact on the Job Market

Andreas Tschiesner describes the effect autonomous cars will have on the economy as the change from the horse-drawn carriage to vehicles. He goes further in his research to say that there will be not only a reduction in buses and train drivers but also civil servants who work in public order and traffic departments.

While this may look like negative news, Tschiesner provides some comfort by stating that the adaptation of autonomous vehicles in cities will lead to a rise in the employment of scientists. Cleaners will also be in high demand to maintain proper hygiene in shared spaces.

As mentioned earlier, autonomous vehicles will impact living arrangements. One of the major points mentioned is how people will be able to input productive activities into their commuting time. Imagine if a worker has to spend 30 minutes commuting to work every day, and he decides to use half of that time to go through his emails, shop online, or go through his mail.

Tschiesner says this will create an extra value of over one billion euros. That’s a huge indicator that the e-commerce sector will profit immensely from the shift in passengers driving to being driven by autonomous vehicles.

Also, local businesses can take advantage of location-based services to produce personalized and location-specific advertising. For instance, since every worker has to input their specific location into the driverless car, a clothing store that specializes in male suits could decide to use this data to their advantage.

They can place billboards and ads in areas that have a high population of banking industries and financial service organizations. This way, people who work in those industries are more likely to pass through this route and see their ads.

One of the main motives behind the creation of autonomous cars is reducing road accidents. It’s no secret that human error accounts for 90 percent of road accidents worldwide. When it comes to self-driven cars, drivers need to be conscious, have their hands on the wheel, watch out for red-light runners, kids, and avoid driving under the influence to prevent accidents.

Autonomous cars, on the other hand, are able to sense their environment, recognize pedestrians, traffic lanes, signage, and other vehicles to operate efficiently.

So, by using driverless cars, there will be a decline in the need for a DUI attorney as passengers will no longer be faced with the pressure to drive when drunk and fatigued people can afford to sleep at the backseat while their driverless cars transport them home. All of this will significantly reduce road accidents.

The impact autonomous vehicles will have on the health systems is practically unintended. You see, driverless cars are predicted to have the capability of saving over 35,000 lives. The thing is 15 percent of that, which is 1 in 5 organs donated are given from victims of car accidents.

So, if driverless vehicles are meant to save lives, there will be a shortage of organ donations.

With an ever-increasing waitlist of patients who need donor organs, the full implementation of driverless cars will increase that list. This doesn’t mean that the full execution of autonomous vehicles should be halted. Instead, lawmakers and health systems will have to come up with other ways to promote an increase in donor organs such as the amendment in laws that prohibit the sale of organs, Or, advancing ways to regrow ailing organs to avoid replacement.

Autonomous cars will have a massive effect on the ways cities are built, the laws guiding them, as well as the taxes.

When it comes to traffic, there will be a reduction in braking and acceleration which translates to fewer gridlocks. Also, cities may have to change the way their traffic lights operate.

Cities will also notice a change in road construction as more emphasis will be placed on pedestrians since autonomous cars move with higher precision than human drivers. Roads will equally be narrower, thereby creating more space for pedestrians and cyclists to move freely.

Because of the precision of driverless vehicles, they will always park correctly and adhere to speed limits, so there will be little to no need for high investments in speed cameras. There will be a reduction in the revenue generated from traffic fines. However, a shift from parking fines to congestion fines may help stabilize the income.