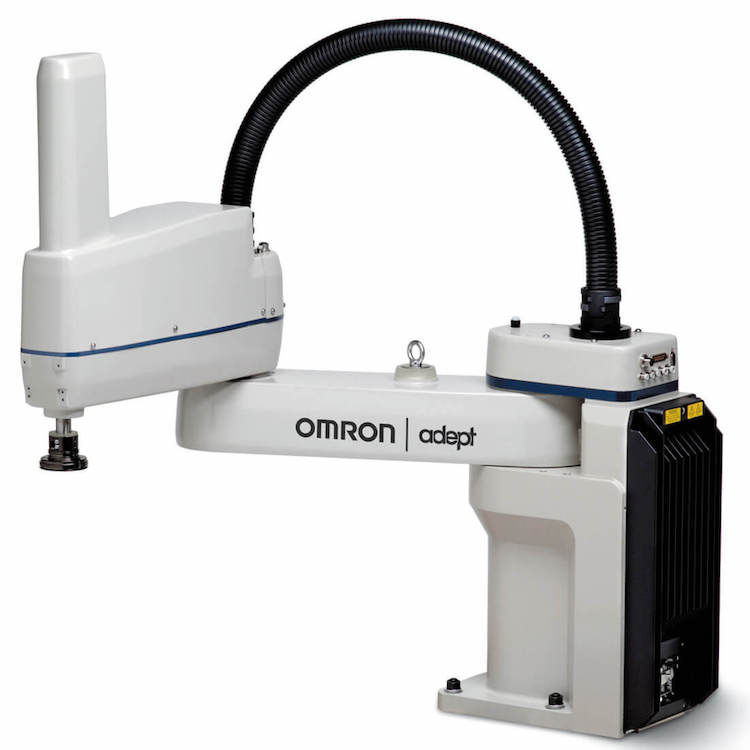 Medical technology company Senova says it is relying on Omron’s “smart robotics” systems in the production of rapid antibody tests that show immunity “within a few minutes”.

In the fight against the coronavirus, speed and close co-operation are required. This is why Senova, a German developer and manufacturer of rapid test systems for biomarkers, viruses and microorganisms, decided to use the robotics expertise of Omron to enhance its production process.

Previously, the manual production of the tests was very time-consuming. In the past few weeks, in conjunction with Omron and Kraus Maschinenbau, Senova has developed and built machines that significantly accelerate and improve the process.

This will enable more people to be tested more quickly.

The cutting and packaging machine was developed and built by Kraus Maschinenbau and is controlled and driven by Omron’s NX controller. The first machine was delivered in mid-May. More lines are planned due to the increase in demand.

Senova is based in Weimar and specialises in Lateral Flow Assay (LFA) technology. The company’s latest solution is the rapid antibody test, which is currently their most sought-after product worldwide. It shows within ten minutes whether a person has already been infected by Covid-19.

An international team of researchers, including members of the Jena Leibniz Institute for Photonic Technologies (Leibniz-IPHT), developed the test, which has now been available for a few weeks.

It uses a blood test to show whether someone is currently infected with the SARS-CoV-2 (that is, Covid-19) virus or is already immune.

The IgM antibodies can be found in the blood a few days after infection; whereas the IgG antibodies only form during the infection.

They often remain detectable for months and indicate an existing immunity. For example, nurses and doctors can now be tested to find out if they are immune to the virus.

The research team has completed the tests in conjunction with Chinese partners and the medical device retailer Servoprax. They confirmed their effectiveness in a record time of three months.

To meet the high worldwide demand for such tests, Senova is now producing the kits in large numbers.

The previously manual production and packaging of the test kits was unable to keep up with the thousands of order enquiries. The schedule for this project was therefore very tight.

With the new machine and the Omron robots, 30 to 45 rapid tests can be cut and packaged per minute. As the demand is so great, the capacity had to be increased rapidly and the implementation of additional machines is already planned.

The eCobra robots are vital for providing the precise assembly of the components, and are very reliable, flexible and efficient.

The four-axis robots have a range of up to 800 millimetres and can be easily adapted to the various fields of application. The eCobra technology gives high repeatability and a payload of up to 5.5 kilograms.

The amplifiers and controllers built into the robot reduce the number of cables. The overhead mounting configuration enables the efficient use of space, even in the clean rooms that are so essential in medical technology.

By working closely together, Omron and Kraus Maschinenbau have been able to provide a machine that ensures the quality, reliability and speed of the manufacture and packaging of the tests.

Dr Klaus Kluger, general manager, central east Europe at Omron Electronics, says: “We are pleased that our technology can support a small part of the global efforts to fight the coronavirus.

“In a case like this, it shows once again how important close and trusting cooperation is.”

Joachim Kraus, managing director of Kraus Maschinenbau, says: “The quick and uncomplicated implementation of this challenging project was only possible through the excellent interaction and co-operation between customer, machine builder and system and control supplier.”