From improving ship fuel efficiency to repopulating reefs and removing marine litter, here are five ways that robotic innovations are leading to a brighter future for our ocean-dwelling species.

Robotic crabs that monitor the seafloor

Accessing the seafloor to understand bottom-dwelling species or explore shipwrecks has always been a risk for divers, which is why the Korea Research Institute of Ships and Ocean Engineering has designed a 1,400-pound autonomous robot crab (illustrated below). 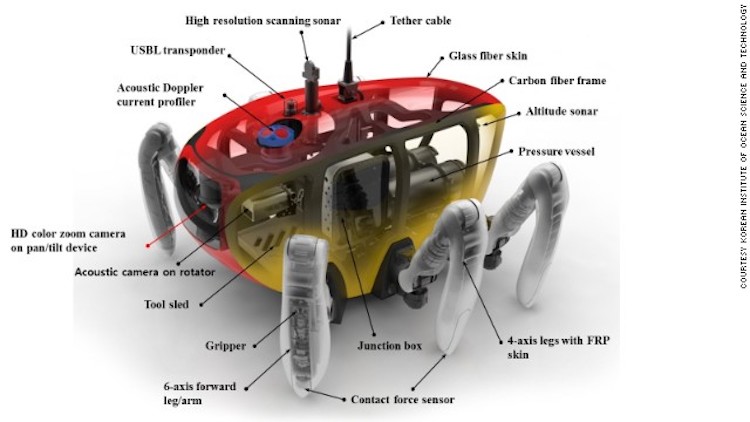 Featuring an egg-shaped glass and carbon-fiber frame, it’s claimed by its creators to be the biggest ocean-crawling bot in the world and has been put to work exploring 12th-century shipwrecks at the bottom of the Yellow Sea.

The Crabster CR200 has been designed to reach underwater depths of 656 feet, without stirring up clouds of silt and debris like propeller-driven ROVs do.

It’s equipped with a doppler radar-based navigation system to help feel its way around, as well as a color HD camera that can zoom in on objects or species for a closer look.

Just like a regular crab, it features grippers on its two front legs that can scoop up objects before slotting them into a mouth-like compartment so they can be brought back to the surface.

Vessels cruising the global oceans produce 1,000 megatons of greenhouse gas emissions every year, which is more than some developed nations.

It’s for this reason that designing more fuel-efficient boats and shipping routes is vital to protecting our oceans and the marine organisms that call them “home”.

Open Ocean Robotics is doing something to tackle the issue by creating solar-powered autonomous boats (main picture). Equipped with sensors, cameras, and communication devices, they capture information that can be used to develop more fuel-efficient routes and ships.

They can also play a role in cracking down on illegal fishing and helping us to better understand the impacts of climate change.

Using energy from the sun, they don’t produce any noise pollution or greenhouse gas emissions while at the same time monitoring for oil spills and detecting any intentional dumping of waste.

Open Ocean Robotics’ boats can also provide a cost-effective means of mapping remote regions of the Arctic, which has seen a tripling of traffic over the last 25 years due to the melting of sea ice but is still not chartered to modern standards. 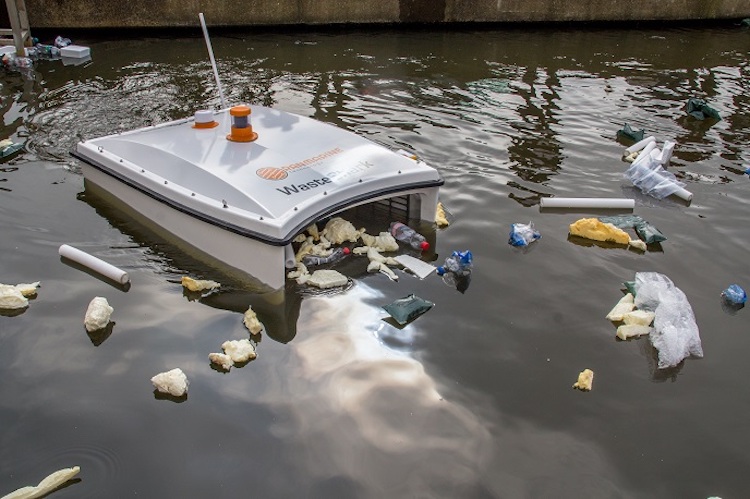 The devastating effects of marine litter has garnered plenty of attention in recent years, with large-scale projects like the Ocean Cleanup among those tackling the issue.

But one company addressing the issue on a smaller scale is RanMarine Technology, which specializes in the design and development of industrial autonomous surface vessels that can be used in ports and harbors.

It’s run by Richard Hardiman who was inspired to solve the issue after watching two men struggle to scoop waste from the water at his local harbor using nothing but a pool net.

His investigations resulted in the WasteShark (pictured above), an aqua drone that cruises around urban waters collecting waste, which can then be brought back to shore to be sorted and recycled.

Just like the filter-feeding technique of whale sharks, it consumes anything that crosses its path, with the main difference being that it moves slow enough that marine life and birds can easily get away as it approaches.

The WasteShark is powered by rechargeable electric batteries and produces zero carbon emissions while being relatively silent during operation.

It can be operated manually from the harborside or autonomously through online controls, with the drone having the ability to swim for up to 10 hours and clear 500 kilograms of marine litter in a single day. 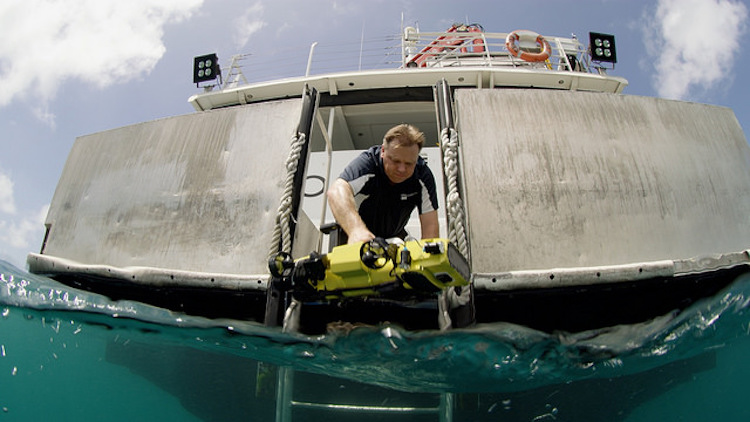 Bots that disperse coral babies in the Great Barrier Reef

From coral bleaching to an outbreak of crown of thorns starfish, the Great Barrier Reef has seen its fair share of problems over recent years.

So a team of researchers at the Queensland University of Technology has decided to lend nature a helping hand by creating an underwater robot that delivers baby coral larvae onto targeted reefs.

Dubbed the “LarvalBot” (pictured above), it has the ability to distribute coral larvae onto damaged reefs on a much larger scale than was previously possible in a process that’s known as “larval restoration”.

After collecting hundreds of millions of spawn from corals that have survived recent mass bleaching events, they’re then reared inside large floating enclosures on the reef.

Ensuring our wastewater treatment plants are working at their optimal level is essential for ocean health, with wastewater often discharged into lakes and the sea following purification.

Aarhus Vand and Blue Ocean Robotics have teamed up to develop drone technology for the inspection of wastewater basins and sewage systems, as well as robotic devices for the maintenance of wastewater treatment plants.

Not only does this technology have the potential to make wastewater treatment more efficient and cost-effective but it could also help to improve the working conditions for employees.

While the project is based in Denmark, it has a global outlook as strong population growth in many metropolitan areas is putting increasing demands on wastewater treatment plants.

Using disruptive, robotic technology like that being developed as part of this RoBi-X partnership, cities will be better equipped to handle the future challenges posed by climate change and lack of resources in the wastewater treatment industry. 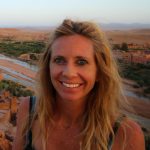 About the author: Pippa Strickland is a product expert, a degreed environmental scientist, and an adventure-style traveler originally from Australia. Strickland has been an SSI-certified Divemaster for over five years, during which time she’s worked with hundreds of certified divers. She’s dived widely throughout Indonesia, Australia, the Philippines and the Middle East, with a particular passion for night diving. When she’s not diving, her key interests include surfing, trekking and gardening in her ever-growing veggie patch.