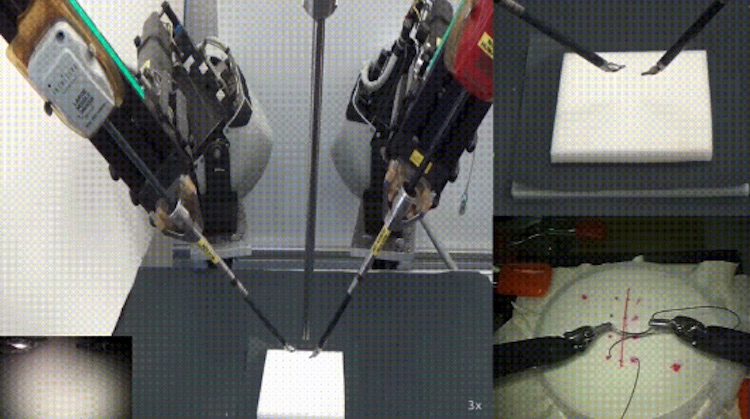 The team – which is backed by Intel’s AI Labs, Google Brain, and UC Berkeley – says Motion2Vec learns from video observations “by minimizing a metric learning loss”.

They says that this means the AI model is capable of learning tasks associated with robotic surgery, such as suturing, needle-passing, needle insertion, and tying knots – trained using only publicly available surgery videos collectively called the JIGSAWS dataset.

Their results show that robots used in surgery can be improved by feeding them expert demonstration videos to teach new robotic manipulation skills.