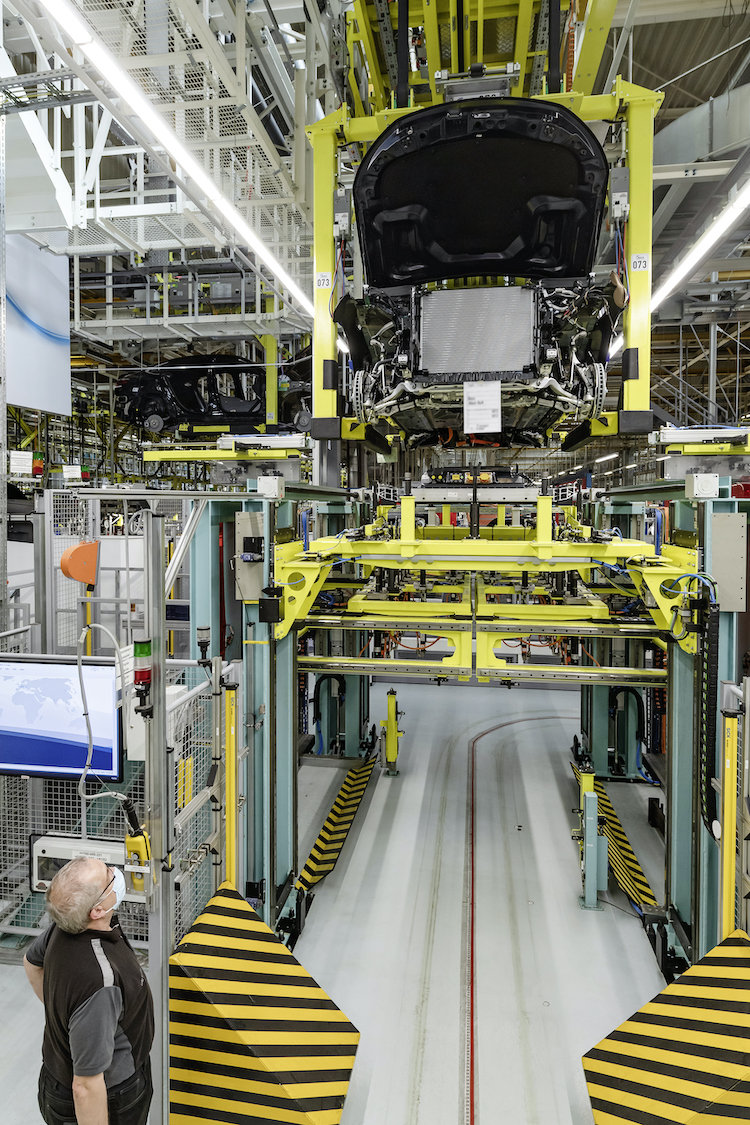 Mercedes-Benz car plants worldwide are restarting production this month after a production suspension period caused by the coronavirus pandemic.

In a statement, Mercedes-Benz says its car plants have “successfully restarted production step by step”.

“The health and safety of everyone involved is of the highest priority,” says Mercedes-Benz. The production ramp-up is designed to be flexible in order to be able to react to current developments and country-specific regulations.

In resuming production in a coordinated manner, Mercedes-Benz is continuing its product and electric offensive and thereby also serving its largest sales market in China, where the company is seeing a significant increase in demand again.

Jörg Burzer, member of the board of management of Mercedes-Benz, production and supply chain management: “Together with the whole team, I am glad that we are gradually restarting our production in a coordinated manner.

“Flexibility is what counts here: our plants’ flexibility is one of our strategic focuses in production and that has helped us in this ramp-up.

“Our first priority is to further contain the spread of the Covid-19 pandemic and to provide a safe working environment for our employees, suppliers and service providers.

“We are producing in compliance with extensive safety measures and we will be increasing our production step by step.”

The Mercedes-Benz Untertürkheim plant restarted production on April 20 after a suspension period.

The Stuttgart plant produces engines and components that are required for production at Mercedes-Benz assembly plants worldwide – the same applies to the Kölleda and Arnstadt plants (MDC Power and MDC Technology).

Similarly, the Mercedes-Benz Berlin plant has resumed its production, for example of Camtronic engine management units.

The same applies to the Mercedes-Benz Hamburg plant that produces axles and axle components for Mercedes-Benz vehicle production around the world.

As part of Mercedes-Benz’s electric offensive, the Kamenz battery plants of Mercedes-Benz subsidiary Accumotive – which produce batteries for the EQ range, as well as drive batteries for plug-in hybrid vehicles and 48V batteries – continued their operations during the production suspension, working on strategic ramp-up projects on a 2-shift basis with strictly staggered shifts and extensive safety measures for the employees.

The gradual restart of the Mercedes-Benz car assembly plants began on April 27.

At the same time, production of the EQC is being gradually ramped up on the same line as part of the electric offensive.

The Mercedes-Benz Sindelfingen plant production includes the Mercedes-Benz E-Class and the S-Class Saloon, the world’s bestselling luxury saloon in 2019, for which China was the largest market last year.

The E-Class and S-Class electrified models, hybrid and plug-in hybrid variants, are also produced at the Mercedes-Benz plant in Sindelfingen.

This year Mercedes-Benz will start producing the new S-Class in the new “Factory 56” in Sindelfingen, which will open in September 2020.

The A-Class Sedan, A-Class and B-Class as well as the compact SUV GLA are manufactured in Rastatt. Since this year, the plug-in hybrid variants of the A- and B-Class are also being produced here.