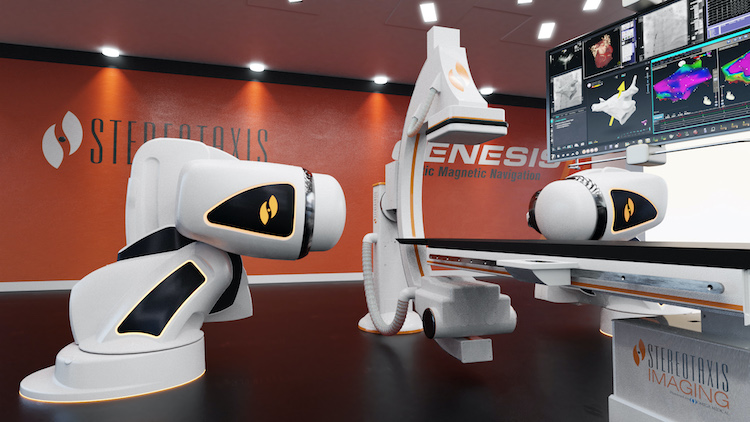 Stereotaxis, a developer of robotic technologies for the treatment of cardiac arrhythmias, says it has reached a significant milestone of over 400 scientific publications now documenting the clinical benefits of Stereotaxis robotic technology.

A complete, searchable database of all publications is available on the company’s website, at this link.

David Fischel, chairman and CEO of Stereotaxis, says: “The clinical benefits of Robotic Magnetic Navigation have been extensively validated in high-quality clinical literature and in the real-world treatment of over one-hundred-thousand arrhythmia patients.

“We are proud of the depth and breadth of clinical data demonstrating the benefits of robotics to patients and healthcare providers. We congratulate and thank the physicians globally who have contributed to this robust body of clinical evidence.”

The most recent publication, published in Clinical Cardiology by Dr Jin Qi and colleagues from Ruijin Hospital in Shanghai, describes clinical outcomes of 1,003 consecutive robotic cardiac ablation procedures performed between 2010 and 2019.

It is among the largest single-center publications documenting efficacy, safety, speed and learning curve of Robotic Magnetic Navigation.

Some key findings of the report include:

Improved safety: Across 1,003 robotic procedures the total complication rate was 0.5 percent. The publication compared this rate to a larger epidemiological study of traditional cardiac ablation showing a 10-fold higher complication rate of 5.46 percent.

X-Ray exposure: The mean total x-ray time of 5.3 minutes across all arrhythmia types was described by the authors as “remarkably low”.

Efficiency and learning curve: The publication reported a mean procedure time across all arrhythmia types of 126 minutes. There was a significant improvement in efficiency with increased experience.

“We look forward to more progress in the future as robotic technology creates a foundation for artificial intelligence and remote treatment in interventional electrophysiology.”