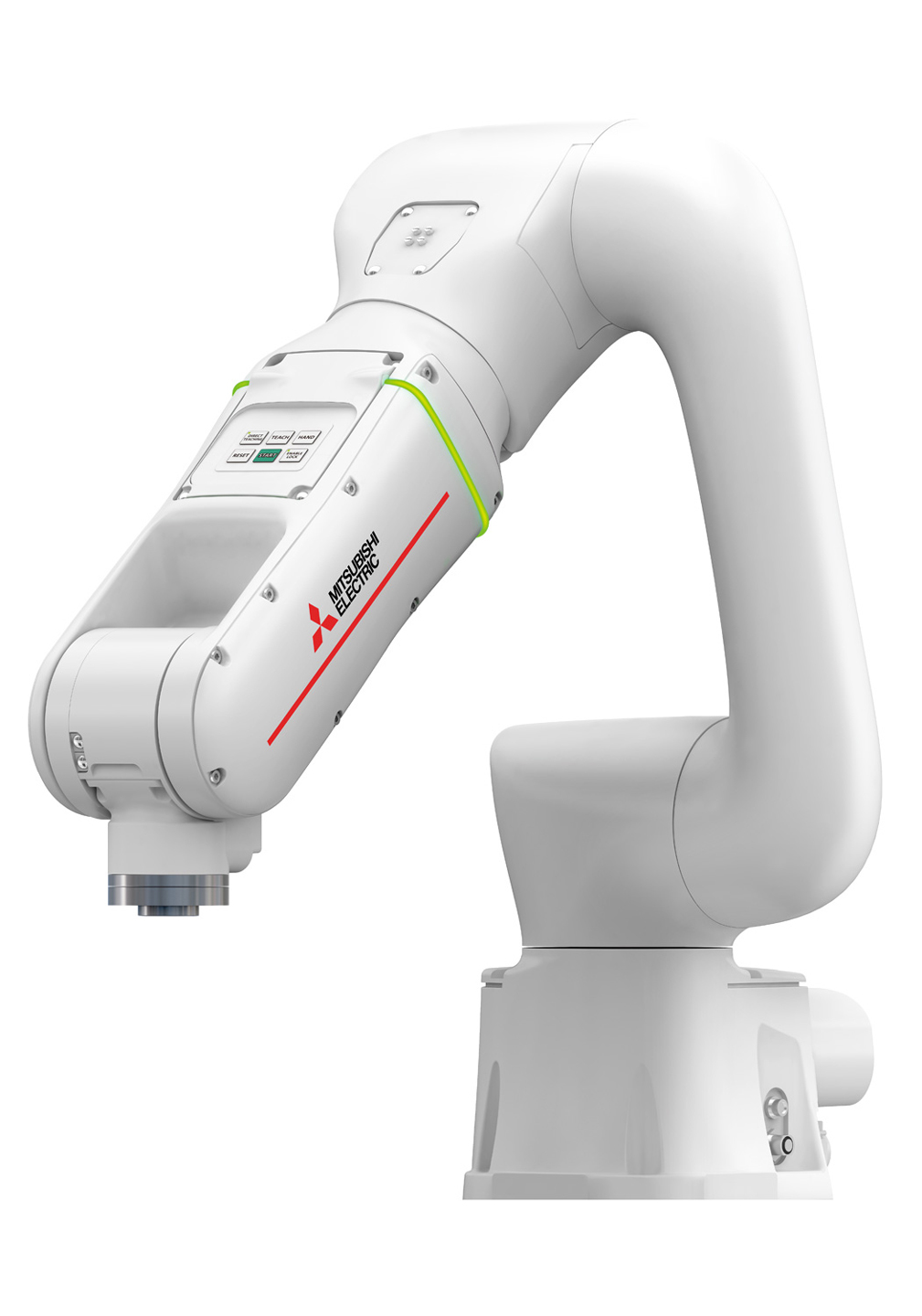 Mitsubishi adds that customers will be able to use Melfa Assista and RT VisualBox to “realize more efficient production, reduce the total cost of ownership of robotic manufacturing systems, and meet new needs for adequate distancing of workers in manufacturing sites”.

The key features of Mitsubishi’s new collaborative robots include:

The RT VisualBox programming tool developed by Mitsubishi Electric enables operating sequences to be created intuitively by linking block diagrams in a chain of events, including connection with other devices such as robot hands and cameras.

Robot movements can be taught and recorded quickly via a dedicated control panel on the robot arm, doing away with separate teaching boxes required for conventional industrial robots.

The control panel features a simple design with a minimum number of buttons for simplicity, enabling even inexperienced users without expert knowledge of robots to set up the system with ease.

A bright LED light that uses different colors to indicate the status of the robot is located conveniently on the robot arm for easy viewing, helping to lower total cost of ownership by eliminating the need for conventional monitoring devices.

The Melfa Assista collaborative robots and the RT VisualBox Engineering Software are already available to purchase, and Mitsubishi is targeting sales of 1,000 units for each of the products.