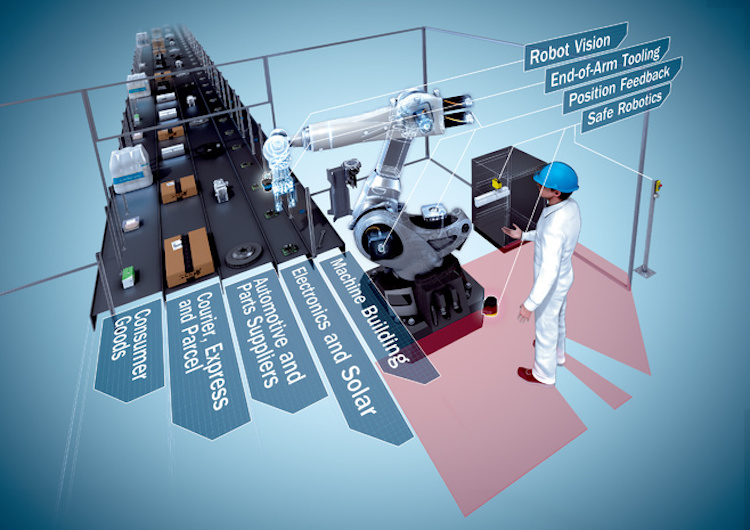 Special Report by Robotics and Automation News in association with SICK

It’s been almost 50 years since the Occupational Safety and Health Administration, OSHA, was established in the United States after much pressure from labour unions seeking more protection for workers.

In the half-century since OSHA’s creation, it is estimated that many thousands of workers’ lives have been saved and countless more have been kept out of harm’s way.

Today, OSHA, an agency of the Department of Labour, is more important than ever as people start returning to work after months of lockdown in the wake of the coronavirus pandemic, which has caused almost 350,000 deaths worldwide to date, and infected 5.5 million more.

Even before coronavirus epidemic, US government statistics on workplace fatalities from injuries made for depressing reading.

The most recent confirmed data, published by the Bureau of Labor Statistics, show that there were 5,250 fatal work injuries recorded in the US in 2018, a 2 percent increase from the 5,147 in 2017. 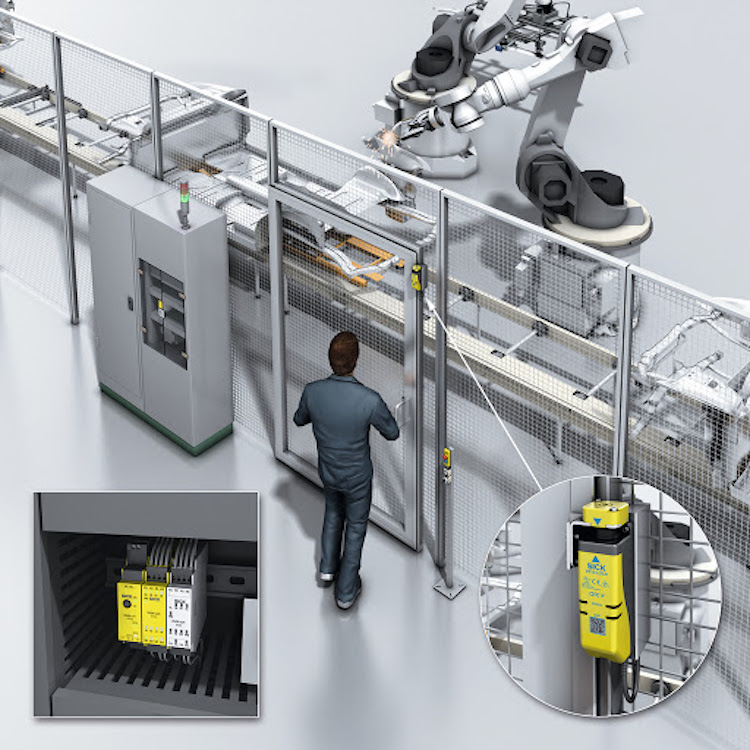 Some of the other findings of the BLS show that:

If it’s possible to see a positive side to this, OSHA says that worker deaths in America are down-on average, from about 38 worker deaths a day in 1970, when the agency was established, to 14 a day in 2017.

Nut while this shows a downward trend, there is still much work to be done, especially as more powerful and complex machinery continues to be developed in sectors such as manufacturing, logistics and transportation.

A huge proportion of these new machines are autonomous and mobile. Examples include industrial robots which are designed to work with humans directly – or collaborative robots, and warehouse robots, which are also intended to in close proximity to human workers in a facility.

These are new types of machines and they are being installed everywhere. Their presence is growing fast, which means more sophisticated safety systems and regulations are required.

Industrial robots have always been considered dangerous, and for good reasons: traditionally, they’ve been great big, hulking arms that move fast and in precise ways. If any human were to get in their way, the result would be serious injury or death to the human.

The only way incidents have been avoided is by cordoning the robots off using cages and other dividers, much of which was stipulated by regulatory agencies.

But in the past few years, a new type of robot has emerged and is gaining broad acceptance – the “collaborative robot”, or “cobot”, defined by the ISO as an industrial robot that humans can interact directly with.

Collaborative robots are smaller, lighter and designed specifically for work with humans, almost like any other power tool, albeit a highly sophisticated one with greater autonomy.

There will still be a need for the larger robots, but there, too, some companies are developing software systems that claim to be able to make traditional industrial robots behave like collaborative robots.

In the supply chain sector, hundreds of warehouses around the world have started to bring in what are called “autonomous mobile robots”, or AMRs, which can now be seen mingling with human workers.

These wheeled machines are usually seen with shelf units perched on top of them. They move to and from a human “picker” at a picking station. AMRs enable the human picker to select any variety of items from the shelf units so a customer order can be fulfilled.

Such systems have increased productivity by five to 10 times. Consequently, those hundreds of warehouses are predicted to become thousands of warehouses within the next few years.

Here, too, new safety considerations are required. The AMRs move freely within the warehouses, finding their way to and from pickers using onboard mapping, navigation and artificial intelligence systems. No accidents have been reported, but that does not mean there are no potential dangers.

It’s obvious that if you have autonomous machines moving around in the same spaces as humans, there is always a risk.

While the above technologies are new and perhaps require new regulations to be written, there are companies which specialise in safety systems that arguably cover more aspects than legally expected.

SICK, one of the world’s leading suppliers of sensor systems for industrial applications, has an extensive range of safety systems that starts with a thorough assessment of each individual facility, right down to the specific task that needs to be made safe.

The company says that its solutions offer “comprehensive, flexible protection for numerous applications”, with certified experts on hand to customise them to the individual requirements on site and implement them quickly and efficiently at every stage – from the concept to acceptance.

Ready-made, but customisable, safety solutions from SICK include:

It’s rare to find two scenarios in two different facilities being the same, which is why SICK has so many safety systems that sound similar but are different in significant ways.

All its systems, however, fulfil the relevant safety requirements, says SICK, and are in compliance with current legislation and standards. The company also offers a range of “safety controllers”, a range of devices which can serve as a platform for building safer machines.

SICK says its Flexi safety controllers create “a modular hardware platform without the use of complex software”.

The two devices in the range – the Flexi Soft and the Flexi Classic – are “user-friendly and provide the ideal basis for easy integration of all safety control components”.

Their compact design makes these safety controllers optimally suited for a variety of applications.

Other safety-related hardware SICK offers include:

In fact, SICK produces hundreds of hardware and software solutions for safety applications.

One of the more well-known perception systems is light detection and ranging sensors, or LiDAR, which enable AMRs to avoid obstacles and humans while moving within close proximity to them within the same facility.

SICK produces 2D and 3D LiDAR sensors which are used in the majority of AMRs around the world, although the company has so far not entered the fast-growing driverless car market because it’s seen as potentially being a consumer market.

SICK has historically only supplied technology to the industrial sector, and has been a business-to-business supplier. 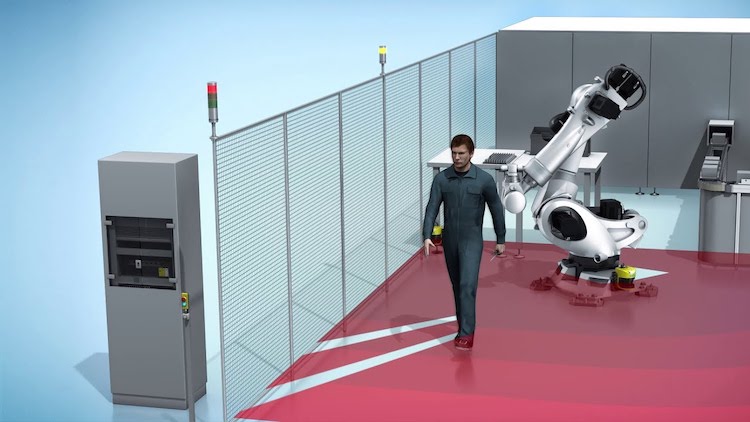 Whenever people think of the industrial sector, somewhere in the back of their minds the issue of safety may lurk like an alarm that’s almost audible – that’s the perception of some people at least.

The reason for this is, of course, that the vast majority of companies in the industrial sector use power tools of various types, industrial robots being another level of power tool altogether.

Hand tools can also be dangerous, and those new mobile robots scurrying round in warehouses can cause some people concern since they are autonomous and often carrying large shelf units on their backs.

In short, physical or manual work is filled with potential dangers, which is why there are so many government laws, rules and guidelines regulating the sector.

It’s impossible to predict every potential danger – anything can happen anytime. But nonetheless, all advanced industrial nations have stringent guidelines covering almost all aspects of industrial activity, and companies are required by law to abide by them.

While this may seem like an impossibly complex process, with the wide range of new perception technologies available, it need not be as difficult as it might have been in the past.