By David Chen, co-founder and CEO at Orbbec

No one need be reminded about the dangers of direct human contact during this difficult time.

On the front lines at hospitals and other essential services, where staffing is stretched to the limit, robots equipped with Orbbec 3D cameras are proving their value not only by restricting contact, but also providing necessary support.

Around the world, autonomous robots are enabling staff to do more by taking over mundane tasks and leaving skilled workers to focus on critical duties. 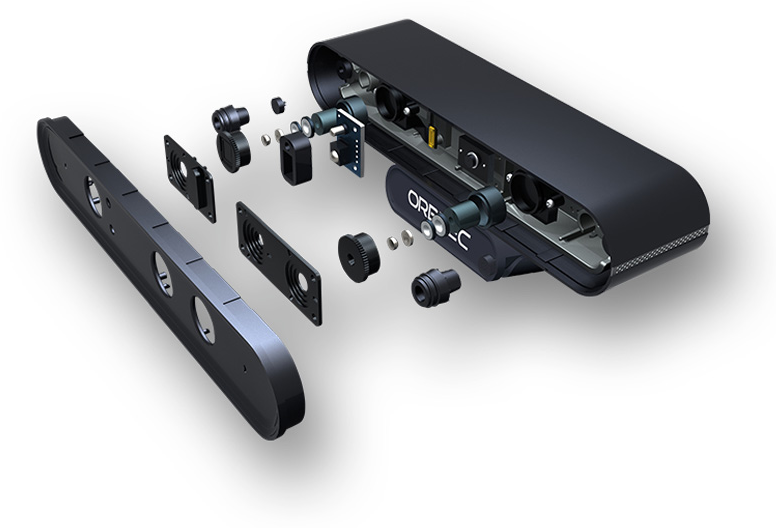 Robots don’t cough, sneeze or spread droplets through speech; they don’t touch surfaces; they reduce the likelihood that sick people will infect others; and they make it far easier for people to socially distance themselves.

3D cameras enable robots to see and avoid obstacles, adjust their speed, even make decisions in real-time about directions and routes, all without floor markings or other dedicated reference points.

3D cameras can be used to read and identify almost anything: environments, objects, faces and much more.

Depth cameras are being used during the coronavirus to conduct virtual real estate tours and create new gaming and entertainment experiences in the home.

In the workplace, 3D sensors are used to monitor “safe work zones” for social distancing purposes, and to help train workers, while ensuring disinfection and PPE compliance.

Robotics, however, is where some of the most sweeping innovations are occurring. In China, where autonomous robot acceptance is relatively common, robots are used at more than 50 hospitals across the country.

Robots are being used increasingly in the US during the pandemic. Most commonly they’re found in grocery stores where, at several major chains, inventory robots travel aisles to check out-of-stocks and perform routine audit tasks. Floor scrubbing robots are deep-cleaning supermarkets during overnight hours.

Earlier this year, Walmart began rolling out inventory robots at 1,000 of its US stores. It also began deploying self-driving stock delivery robots in 1,860 stores, and has placed others on loading docks to scan and sort boxes as they come off delivery trucks.

In warehouses across the country, robots equipped with Orbbec Astra Mini 3D cameras not only scan aisles, but also pick and/or stock items.

While the use of robot at US hospitals is still small, a number are already in test for delivery of routine supplies to patients and staff.

In addition, many nursing homes are using 3D cameras to monitor patients or identify if a resident has fallen.

3D sensors don’t have to recognize people by their identities; instead, algorithms detect only human form and shape.

If an elderly person exhibits any dangerous behavior or falls, the algorithm simply understands that “there is a person who is suddenly on the floor”, immediately noting the location and alerting staff.

At a time when staff members are doing their best to provide exceptional care to all residents under trying circumstances, fall technology is a welcome addition.

In these and other places, robots can efficiently take burdens off human shoulders. They’re fast, accurate and tireless. They also reduce the spread of deadly infections; one of the most effective ways to eliminate contagious disease is to limit contact between individuals, something that robots are inherently good at.

While robots will never replace skilled hospital staff, they provide a buffer between medical workers, allowing them to stay focused on delivering quality care.

Many experts, in fact, believe that one of the permanent outcomes of this moment in history will be the proliferation of robotic assistants to slow the spread of disease while increasing the flow of goods.

People will always be at the forefront of critical duties. But as the world battles on, Orbbec is proud to be a part of this critical effort.