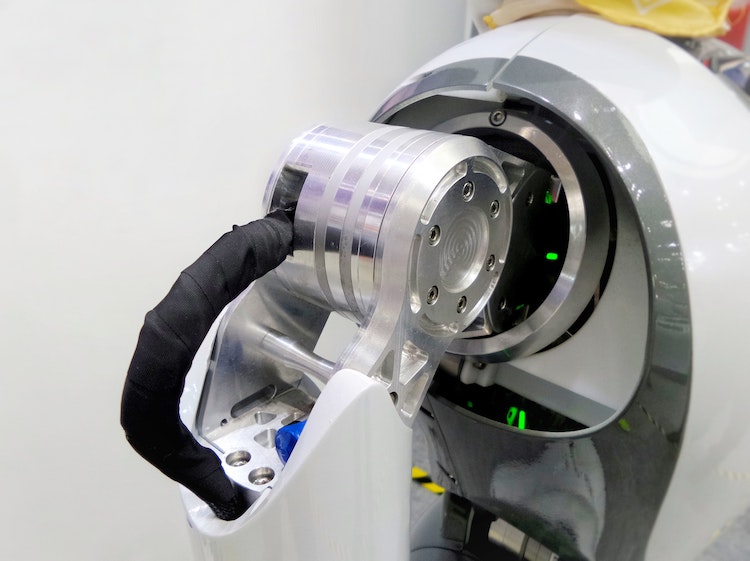 Seventy percent of robots in the United States are employed in just four industries: auto-making, electronics, plastic and chemicals, and metals manufacturing.

Inspection and diagnosing play an important part in all these industries, so a variety of robots have been programmed to inspect equipment and diagnose problems as they arise.

Of course, inspection and diagnosis are not limited to manufacturing; they are the safeguards of society. AI diagnostics and autonomous inspection are helping us in more ways than we can imagine.

Possessing the six legs, stability, and dexterity of a beetle, BladeBUG is one of the newest and coolest robots. Its purpose? To inspect and repair off-shore wind turbines.

The BladeBUG is designed to deftly navigate the turbines’ hundred-foot curved blades; it sticks on these normally unmanageable surfaces via vacuum adhesion technology.

Equipped with various sensors, the BladeBUG detects whether or not the blades are attached properly. If not, the robot will be able to reattach and, if needed, repair the blade with an autonomous repair arm.

This step in the robot’s development has not yet been reached. Pilot testing began in March, so there’s still a long way to go.

However, when finished, BladeBUGs will be able to safely, efficiently, and autonomously do what human technicians had to dangerously and manually do. After all, off-shore wind turbines average 300 feet in height.

On a smaller scale, inspection and diagnostic robots are being used to inspect tight spaces that humans can’t easily access. These spaces are often hazardous.

For instance, borescopes are long, robotic, video-capturing devices that can travel through pipes that supply oil, gas, and miscellaneous chemicals. These materials are essential for civilization but harmful for humans if handled in a confined space.

Borescopes save humans from dangerous work by detecting faults in the piping completely autonomously. They can also detect faults in turbines, military equipment, car engines, generators, and even aircrafts that are operating outside of Earth’s atmosphere.

For such dangerous work, these robots are sometimes outfitted with Kevlar and other water and acid-resistant material.

Without question, the most important and relevant type of inspection and diagnosing is in the medical industry. Robots have taken over these duties as well.

In a 2019 study, medical data from 600,000 patients were fed into an AI program, which diagnosed them as accurately – sometimes more so – as human doctors. The AI diagnosed asthma 90 percent correctly compared to 80-94 percent of doctors.

Gastrointestinal disease was accurately chosen by the robot 87 percent of the time, whereas doctors landed between 82 and 90 percent.

But robotic doctors aren’t limited to software. Robotic probes, similar to borescopes, have been developed to inspect and repair human tissue.

Also, scientists at the University of California, Berkeley’s Innovative Genomics Institute created a robotic lab that will be able to perform between 1,000 and 3,000 Covid-19 tests daily.

While predominantly used in the manufacturing sector, inspection and diagnostic robots have ventured to other industries. They are overseeing everything from off-shore wind turbines to coronavirus testing.

Robots are doing the dangerous jobs so that you don’t have to.