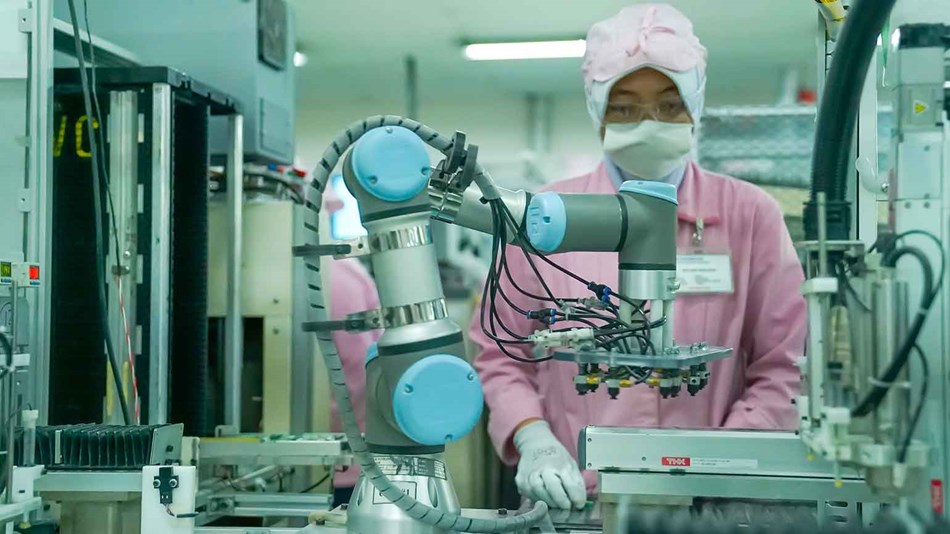 For many ASEAN nations, manufacturing takes up a sizable chunk of the national GDP. For example, manufacturing in Singapore contributed 20.9 percent of Singapore’s GDP in 2019, according to the department of statistics Singapore.

Successful companies readily acknowledge one key factor contributing to their achievements – hardworking, committed and skilled employees who are the foundation of the companies.

However, manufacturers today face the primary challenge of filling open positions with skilled workers, which in turn affects overall productivity and growth.

In addition to the human capital challenge, manufacturers are facing immense costs associated with workplace injuries.

In 2018, more than 115,500 manufacturing workers and 17,000 warehouse workers missed workdays due to injuries, causing both direct and indirect costs, with the latter proving to amount to 20 times greater than direct costs.

On-the-job injuries place a heavy toll on manufacturers, both financially and operationally, which further constricts the availability of skilled workers.

The most recent skills gap study from Deloitte and the Manufacturing Institute projects more than half of the 4.6 million manufacturing jobs created over the next decade will be unfilled.

One reason is the misconception people have of manufacturing jobs – grimy, repetitive, and ‘uncool’, which may have driven many young people away from pursuing STEM (Science, Technology, Engineering and Mathematics) education.

With many manufacturing jobs meeting few seekers, manufacturers have turned to automation, which also helps tremendously in reducing workplace injuries.

Automation has been generally achieved through larger industrial robots, as well as collaborative robots, or “cobots”.

While industrial robots have replaced many jobs, cobots are radically different. Cobots work alongside human operators, resulting in a clean and safe work environment, affording greater productivity and value for human operators.

With cobots, manufacturing jobs have been fundamentally changed.

Industrial robots are heavy, large, and typically moving at a high speed, posing a significant threat to unprotected human workers, and require safety precautions such as fencing.

Cobots work together with humans without posing unacceptable risks of injury. Cobots mimics human motions at a safe and efficient pace, and are capable of lifting payloads in the same way as a human worker.

Cobots therefore, are a hybrid and a bridge to protect more workers in applications that once were beyond the ability of a traditional robot or production equipment.

Cobots do the Heavy Lifting at L’Oréal India

L’Oréal, one of the world’s largest cosmetics companies was facing issues at its Pune, India plant. Its end-of-the-line operations, that of putting the boxes on the pallets were carried out manually, posing a severe ergonomic risk to workers.

Each operator lifted 8,500 kg of product in an 8-hour shift, presenting what L’Oréal classified as a Level 4 ergonomic risk, one of the highest levels of danger to the human body and posture, with Level 5 being the most severe.

The deployment of cobots for automatic palletisation proved to be efficient while completely eradicating ergonomic risk, allowing for flexibility in deployment on the shop floor for various applications.

The cobots are also worker-friendly and maintenance-free, and led to the plant witnessing a 5 percent Overall Equipment Effectiveness (OEE) improvement due to the time saved in pallet replacement.

Cobots takes the Heat at Etalex

Etalex, a Canadian manufacturer of shelving systems had no room for safety guarding in front of the press brake and needed a flexible user-friendly robot that could safely handle the pick-and-place tasks in a high traffic area.

The UR10 cobot was up for the challenge. Machine operator at Etalex, Richard Clive, stresses how the UR10 has made the workplace 100 percent safer.

Clive says: “Before, you had to put your hands close to the brake press. There’s always a chance of an accident happening at any time. But with the cobot, there is no chance of anyone getting injured.”

Easy to learn and program

Unlike traditional robots that require engineer-level programming, cobots are designed to make programming simple through human-machine interfaces (HMI) familiar to anyone who has used a smartphone.

Simple tasks can be easily commissioned in-house without the need for formal education in programming or robotics, while more complex applications can be set up by certified system integrators and authorized training centres at the initial install and staff can handle the day-to-day operations after that.

Such interfaces and capabilities make the skills gap and learning curve for using cobots diminishingly small.

This also greatly reduces the time, effort, and costs associated with using the same cobot for various tasks as a cobot’s flexibility translates to significantly faster return on investment (ROI).

The fast ROI is achieved through the cobots’ ability to free up workers’ time, allowing them to tackle higher productivity processes and ultimately acquire new skills for a modern manufacturing age.

Productivity gains, along with the inherently safe design of cobot solutions, means this new automation technology can realistically reduce up to 72 percent of the common causes of injury in manufacturing environments.

And to top it off, cobots are consistent, including performing repetitive safety checks accurately every single time to ensure a safe environment for workers – the perfect co-worker and a dream for any human resource leader.

The constraints of a human operator because of human factors, means that repetitive tasks which have an inherent danger in them, which traditionally caused injuries in human operators because of fatigue or stress, do not apply in cobots, such as tending to heavy equipment, welding, and heavy assembly tasks.

Futurist Isaac Asimov proposed “the three laws of robotics” – two laws which stated that robots may not harm a human or cause a human to be harmed through its inaction, and a law that says it must obey human orders unless it contradicts with the other two laws.

Industry 4.0 is already here, and Industry 5.0 is on the horizon. With cobots, manufacturers are immediately ready for a productive and profitable Industry 4.0 wave, and ensuring that their employees are upskilled, competitive, and safe.

There is never a better time than now, to work in a modern manufacturer where cobots are the human operators’ best work companions. Cobots, have today fulfilled Asimov’s first two laws beautifully.