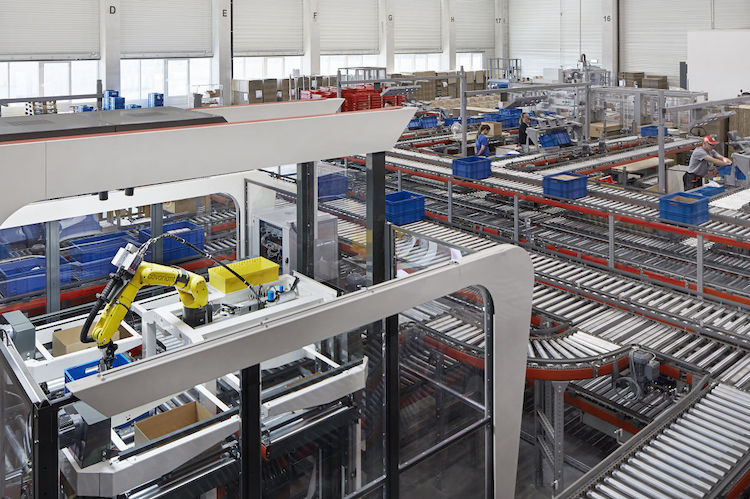 Covariant, a developer of artificial intelligence for robotics, has raised $40 million in Series B funding, bringing its total funding to $67 million.

The round was led by Index Ventures, along with AI-focused Radical Ventures and participation from existing investor Amplify Partners and others.

Covariant will use the funding to accelerate its partnerships, introduce AI Robotics to new industries, and grow its research, engineering and commercial teams.

From food distribution to healthcare to e-commerce, the global supply chain is facing unprecedented pressure to deliver orders quickly, reliably and efficiently, while keeping workers safe. Automation is the key to meeting those challenges.

While repetitive and predictable tasks like the movement of goods have successfully been automated, complex and unpredictable tasks that require hands, such as picking, placing and unloading, have not.

Traditional automation can’t handle the constant change and infinite variability of these tasks. Automating them requires advanced AI that can understand, learn and adapt.

Founded in 2017, Covariant is building the Covariant Brain, universal AI that enables robots to see, reason and act autonomously in the real world.

Covariant robots learn general abilities such as robust 3D perception, physical affordances of objects, few-shot learning and real-time motion planning which gives them the intelligence to learn how to manipulate new objects they’ve never seen before in environments where they’ve never operated.

In January 2020, Covariant launched from stealth to reveal that it had reached a new AI milestone: its AI Robotics stations were running consistently at customer facilities in North America and Europe, and had achieved autonomy in live production, with a mean unassisted operating time greater than one hour.

Pieter Abbeel, Covariant’s president, chief scientist and co-founder, says: “When we founded Covariant, our goal was to make AI Robotics work autonomously in the real world.

“Having reached that milestone, we see a huge benefit in expanding our universal AI to new use cases, customer environments and industries.”

The funding comes on the heels of significant momentum for the company. Soon after launching from stealth, Covariant invested in strategic partnerships to accelerate the deployment of robotic stations to customers.

In February, Covariant announced a partnership with ABB, a leading industrial robotics supplier. In March, Covariant joined forces with Knapp, a leading supplier of intralogistics systems.

Peter Chen, Covariant CEO and co-founder, says: “As the coronavirus crisis has exposed serious frailty in the global supply chain, we’re seeing more demand than ever for our AI Robotics solutions.

“Our customers are eager to invest in AI and scale it across their supply chains to meet growing demands and more stringent requirements.

“This latest funding round, along with our recent partnerships, will allow us to scale quickly across multiple industries.”

As a part of the investment, Mike Volpi, partner at Index Ventures, will be joining Covariant’s board.

Mike Volpi, partner at Index Ventures, says: “We’ve been blown away by Covariant’s team of world-class AI researchers and roboticists and the universal AI they’ve built.

“Covariant’s AI, powered by deep learning, will unlock the next wave of robots that learn. We are excited to be a part of Covariant’s journey to become the next great AI company.”