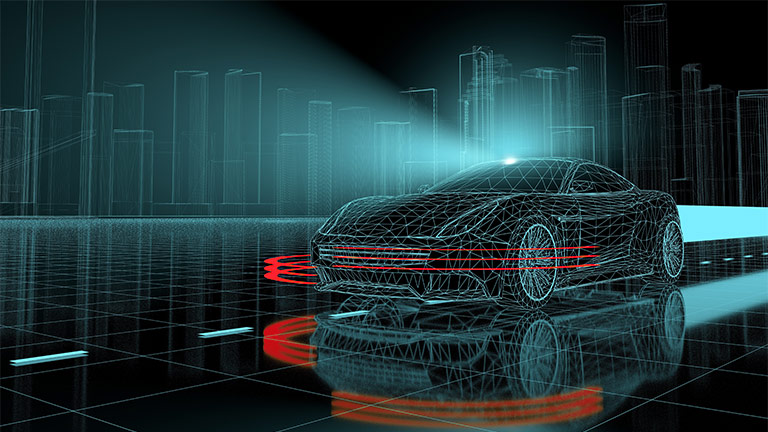 Chipmaker Xilinx and Avnet, a designer and distributor of electronics components, have combined to offer a range of solutions for autonomous car development.

Xilinx is a big name in the industrial sector and has found many new customers in markets which are relatively new to the company – as well as to everyone else.

Specifically, the emerging and fast-growing area of autonomous car development, which Xilinx groups under the category of “Advanced Product” in its financial reports.

Xilinx generated record revenues of $3.06 billion in 2019 – an increase of 24 per cent on the previous year – with data centers, artificial intelligence, and 5G featuring strongly in its roadmap.

Earnings from the automotive sector – which are included with broadcasting and consumer markets – contributed 14 percent to Xilinx’s revenues in the final quarter of 2019, enabling the company to finish the year strongly and invest more in new markets.

“For the year, we exceeded $3 billion in annual revenues for the first time and posted 24 percent growth from last year, driven by Advanced Product revenues which grew 40 percent year over year.

“In addition, we demonstrated strong profitability by posting over 30 percent growth in both non-GAAP operating income and non-GAAP diluted earnings per share.

“We are executing to our strategy and focusing on growth across our portfolio as we continue our transformation to a platform company.”

Xilinx says it is now “driven by automotive and 5G”, adding that it expects to “put some pressure on Nvidia” in markets such as automotive. Fifth-generation mobile telecommunications networks, or 5G, is considered a critical technology for the automotive sector going forward.

More recently, Daimler showcased its AI solution in the new Mercedes GLE Sport Utility Vehicle – a solution that is powered by Xilinx products.

Additionally, BYD, one of the largest automakers in China, started mass production of front-camera ADAS technology using Xilinx SoCs – systems on a chip.

The automotive market is unique as most people may never have heard of big names including ZF Friedrichshafen or BYD in China.

BYD’s decision to use ADAS front cameras using Xilinx SoCs is “significant”, says Xilinx, which has an over-the-air hardware FPGA–based camera technology that can add new algorithms months and years after the camera is installed in the vehicle. This is described as “a game-changing technology”.

Xilinx is the leading developer of FPGA – or field-programmable gate array – chips. They were invented by Ross Freeman, a co-founder of Xilinx.

FPGA chips are said to have many advantages over other types of chips such as ASICs and microcontrollers. For example:

Avnet, which is an authorized distributor of Xilinx products, is also making its design and development resources available to customers who are building “future-ready automotive solutions”.

Avnet points to projections by research company Synopsys that say that 8 million autonomous or semi-autonomous vehicles projected will be on the roads by 2025.

“Xilinx FPGAs and SoCs are already in over 100 vehicle models across nearly 30 manufacturers,” says Avnet in a blog post on its website.

“Onboard FPGAs and SoCs, and even AI, are steering the automotive industry further and further toward fully autonomous vehicles,” notes Avnet.

“It’s a long road, however, to the advanced automotive automation of the flying car that collapses into George Jetson’s briefcase.”

Avnet suggests that the partnership it has agreed with Xilinx will provide automotive hardware engineers a way out of the “gray area” that lies between today’s cars and the self-driving vehicles of tomorrow.

“Along with the impressive versatility of Xilinx automotive solutions, however, comes increased complexity in implementation,” says Avnet.

“The good news? You’ve already found the only partner you’ll need to seamlessly integrate Xilinx products into your next automotive design.

“With Avnet’s extensive product development ecosystem, we’ve got everything you need to successfully leverage Xilinx solutions – and drive your product to market in record time.”

According to the National Highway Traffic Safety Administration, “self-driving vehicles ultimately will integrate onto US roadways by progressing through six levels of driver assistance technology advancements in the coming years”.

The six levels of automotive autonomy that most people refer to were defined by the international engineers’ association SAE, which published a scale which goes from “Level 0” for no automation to “Level 5” for full automation, or driverless.