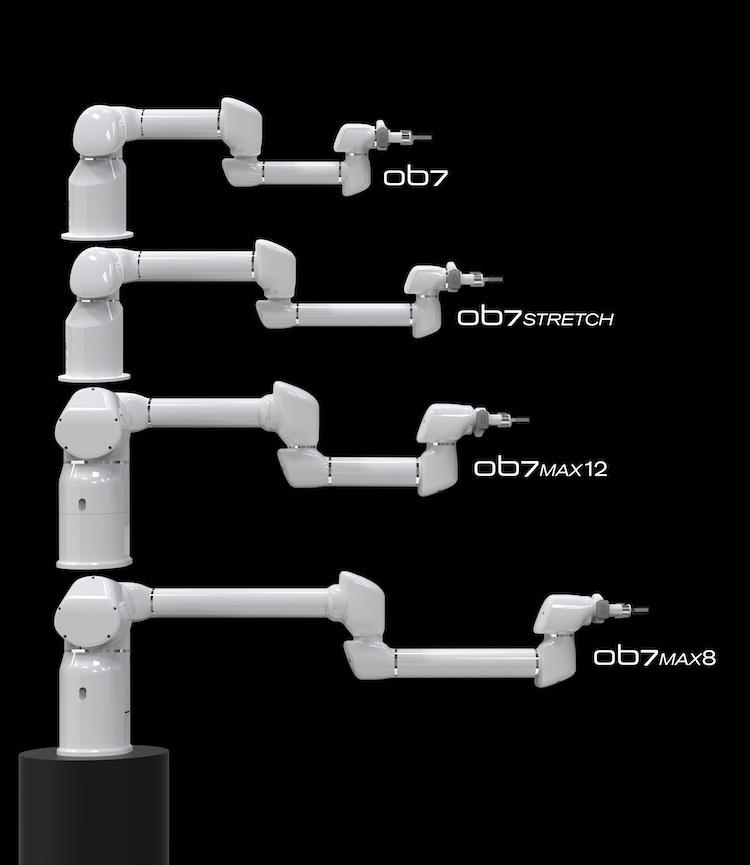 Productive Robotics has launched a fourth model of its next-generation teachable collaborative robots, the OB7-Stretch.

Productive says the OB7-Stretch is the cobot that customers have been asking for – “simple, affordable, and with a longer reach to handle parts and machines with longer distances”.

OB7-Stretch is similar to the standard OB7 5kg model, but longer with a reach of 1.25 meters and a slightly lower payload of 4kg.

Zac Bogart, president of Productive Robotics, says: “We have many customer’s applications that need a bit more reach, but have lighter payload needs. OB7-Stretch was designed for those applications.”

Applications that will benefit greatly from OB-Stretch are those that require a longer reach to pick up a part or reaching deeper into machines.

While Productive Robotics has two larger models with longer reaches, OB7-Max 12 and OB7-Max 8, OB7-Stretch provides a cost-effective alternative to the higher payload and reach robots, priced the same as the standard OB7 model.

Bogart says: “We’ve had a lot of requests for a reasonably priced collaborative robot with a longer reach than is available on the market. OB7-Stretch is that product.”

Each robot is built with seven-axis capabilities and “no programming”, simple, teaching platform – the user simply shows OB7 how to do the job and OB7 learns – providing customers with complete ease of use.

OB7 offers ultimate flexibility thanks to its seventh axis. Like a human arm, seven joints give OB7 the flexibility and dexterity to reach around objects or obstacles where others can’t.

Unlike a human arm, each of OB7’s joints can rotate 360 degrees in both directions allowing the cobot to work in more confined workspaces and areas that a six-axis robot can’t reach.