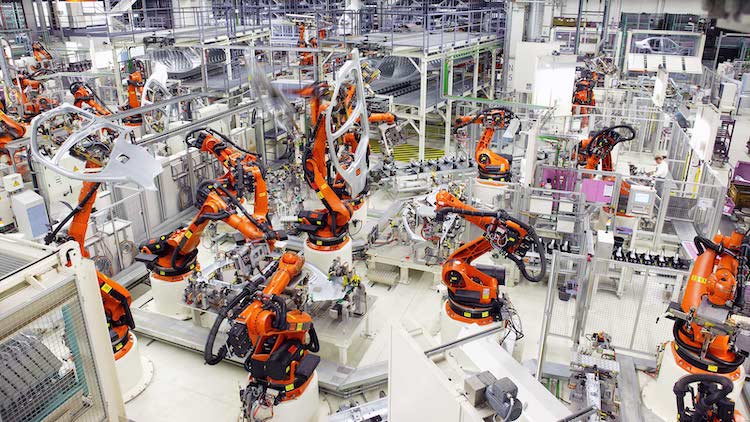 Within the scope of two new orders, Kuka says it is leveraging its “comprehensive expertise to provide support in the quick and efficient conversion of plants”.

In addition to this, Kuka has won a further order involving the implementation of an engine block assembly line.

Kuka Systems is converting an assembly line for a European vehicle manufacturer in order to integrate a new product family of differentials.

A new line for engine block assembly – including system linking via transportation using driven workpiece carriers – will also be implemented.

Kuka says it received both orders, which are in the “single-digit million euro range”, in the fourth quarter of 2019.

In the first quarter of 2020, a further order in the “single-digit million euro range” followed from a European automaker, for the integration of a new motor variant into an existing assembly line.

Conversion in no time at all with expert help

At the same time, consumer requirements are increasing as demand grows for new vehicle variants and models. This requires state-of-the art assembly lines and the rapid conversion of existing lines, says Kuka.

Timo Heil, vice president of Kuka Systems assembly and test, says: “Here at the Kuka site in Bremen, we have been developing automotive assembly systems for over 35 years and testing systems involving the powertrain since 2007.

“We know the technologies required for automated assembly tasks and have comprehensive process knowledge.

“With this expertise, we help our customers modernize their assembly lines in the shortest amount of time and thus make them more flexible.”