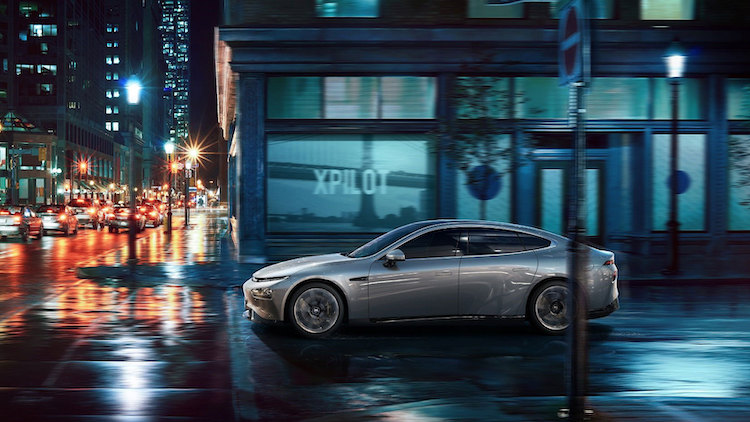 The Xpeng P7 features the Nvidia Drive AGX Xavier platform for its XPilot3.0.

Signaling the EV maker’s confidence in Nvidia’s AI compute platform, Xpeng also announced it will leverage the Drive platform for its next production model.

The super-long range smart sedan Xpeng P7 is the company’s first intelligent EV to be powered by the Nvidia Drive AGX platform, which features the high-performance, energy-efficient Xavier system-on-a-chip (SoC).

It is equipped with 12 ultrasonic sensors, five high-precision millimeter-wave radars, 13 autonomous driving cameras, plus one in-car camera with HD map and high-precision positioning.

Delivering 30 TOPS (trillions of operations per second) of performance while consuming only 30 watts of power, Xavier is the first production-level SoC dedicated to automated and autonomous driving that meets today’s rigorous safety standards and regulatory requirements.

Architected for safety, Xavier offers the redundancy and diversity necessary to process data from a variety of sensors, and is the path to production for highly automated and autonomous driving systems.

Dr Xinzhou Wu, vice president of autonomous driving at Xpeng, says: “Our successful collaboration with Nvidia was critical to the development and production of our P7.

“Backed by the performance and energy efficiency of Xavier, we’ve been able to accelerate and outpace our peers in the creation of this safe, intelligent, feature-rich sedan – at a price point that makes it an ideal solution in today’s highly competitive EV market.”

“We are very excited to expand our collaboration with Nvidia for our next-gen EV production model, which will offer more competitive, user-friendly and safer autonomous driving features to a broader customer base.”

The P7 leverages Nvidia from end to end, starting with Nvidia’s AI infrastructure for development of Xpeng’s own self-driving deep neural networks.

This past month, the Ministry of Industry and Information Technology of China (MIIT) verified that the Xpeng P7’s driving range reached 706km NEDC, which makes it the longest range EV in China.

Rishi Dhall, vice president of autonomous vehicles at Nvidia, says: “Consumers in China will soon have access to Xpeng’s smart, highly automated EVs, which are backed by the processing power, efficiency, safety and scalability of Nvidia Xavier.

Xpeng Motors is also actively exploring potential opportunities for adopting the new family of Nvidia’s Orin platform for its future generation of smart EVs, given its strong architectural compatibility with the Xavier platform.

The EV maker announced in November 2019 its US $400 million Series C capital funding from a group of strategic and institutional investors.