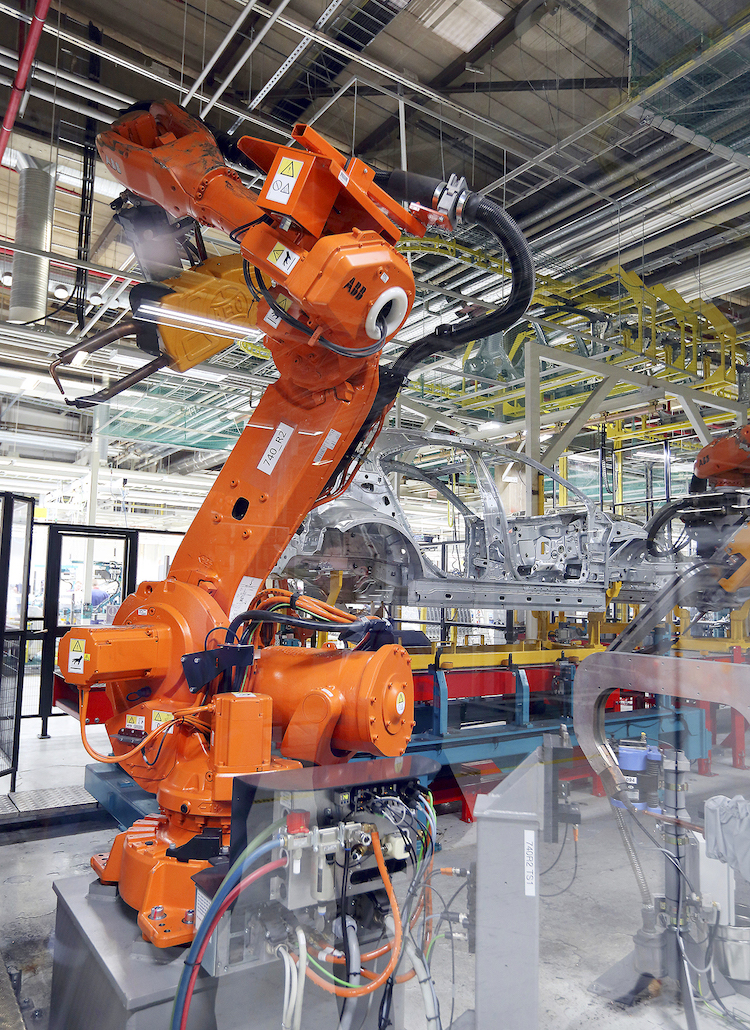 The automotive robotics market is set to grow from its current market value of more than $4 billion to over $5.96 billion by 2024, according to the latest study by Global Market Insights.

Growing utilization of automated machines for production and assembly of automotive parts is estimated to drive global automotive robotics market.

The automotive robotics industry is growing steadily on the back of expanding automotive industry.

Rise in disposable income, especially in the developing countries have significantly raised the demand for passenger, as well as commercial vehicles, which is inducing massive demand for raising automotive production. 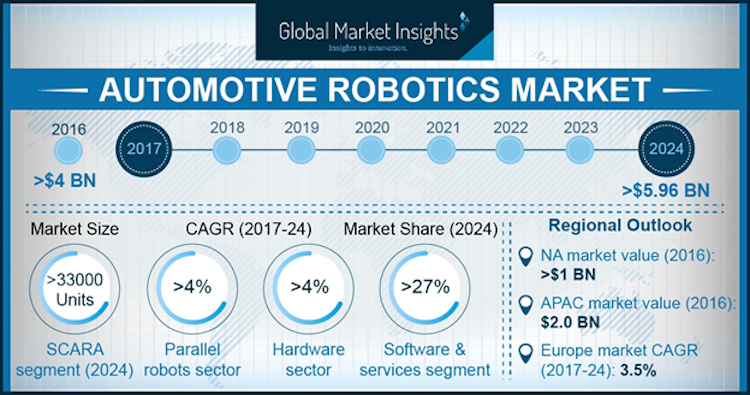 In addition, rise in technological advancements in raw materials used for robot making is likely to increase product demand.

Parallel robots have gained relevance in micro-manufacturing automation on account of stiffness, high speed, and flexible fixturing advantages offered by them, which is a key impetus behind automotive industry growth.

Parallel automotive robotics market is likely to exhibit an annual growth of over 4 per cent during 2017-2024.

By 2024, need for SCARA robots in the automobile market is estimated to cross 33 thousand units. This growing demand can be attributed to increasing applications in handling operations and high-speed assembly.

Automotive robotic controller segment is estimated to showcase exponential growth rate of over 4 per cent in the projected time period as it is the most commonly used hardware.

High demand of robotic arms is generally seen in areas where repetitive tasks are performed.

Lightweight model, space-saving ability and easy installing are the key features that are resultant in expansive product penetration and is estimated to fuel robotic controller market growth.

Software and services segment is estimated to garner massive gains in automotive robotics market with an estimated revenue generation of over $1 billion by 2024.

Progress in software programming has resulted in enhanced quality, which will further supplement industry share.

The Asia Pacific automotive robotics industry was worth approximately $2 billion in 2016.

The region is at the forefront of motion control technology, which provides unprecedented leverage for industry growth.

Moreover, increasing sales of vehicles along with the presence of significant number of vehicle manufacturing facilities across the region is aiding automotive robotics industry growth.

Partnerships, collaborations, and new product launches are some of the strategies adopted by these players to increase product innovation.