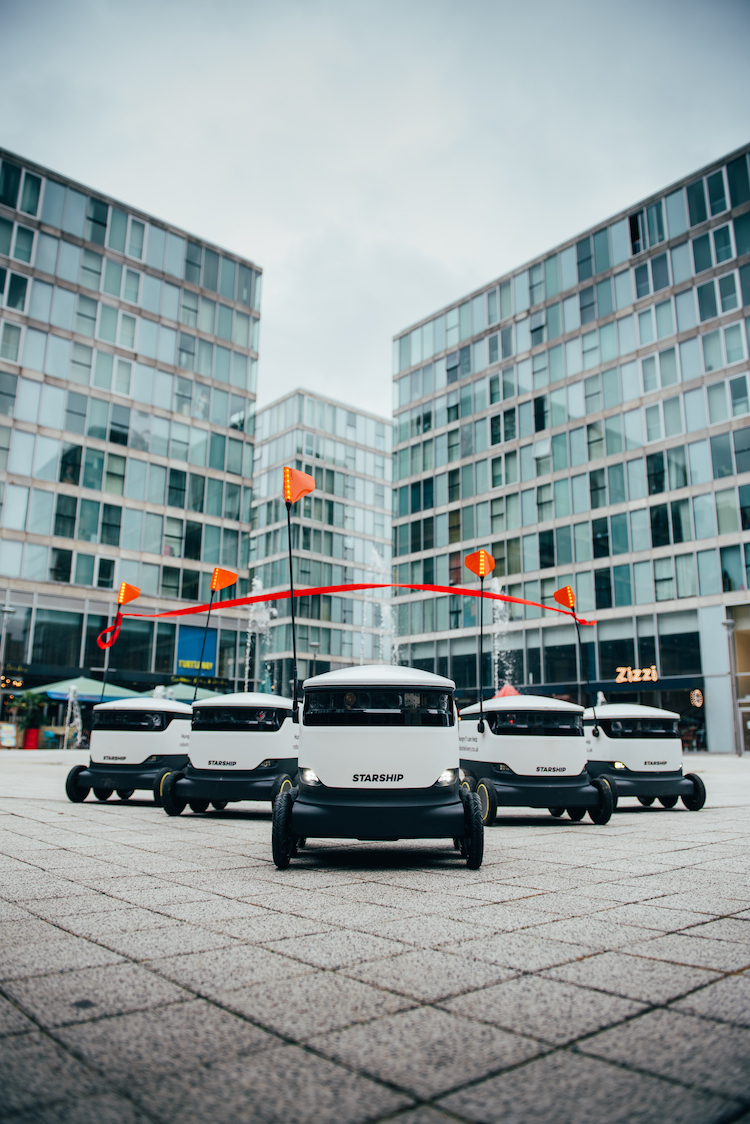 Robots made by Starship Technologies have expanded into central Milton Keynes, UK and are delivering lunch to 180,000 workers.

Customers in central Milton Keynes will have access to robot delivery for the first time from some of the town’s most popular brands, says the company.

Starship Technologies is celebrating two years of commercial operation in the UK, and the rollout of its robot delivery service in central Milton Keynes is part of its celebrations.

The expansion was prompted by the demand and success of the company’s service in other areas across Milton Keynes, including Monkston, Emerson Valley and Bletchley, and is the first time that robot delivery has been made available in the centre of a UK town.

Since April 2018, Starship has made over 100,000 deliveries across MK, with some residents making up to 200 orders per year. In that time, Starship has faced growing calls for the service to expand to other areas of the town, especially the centre where 180,000 people work. 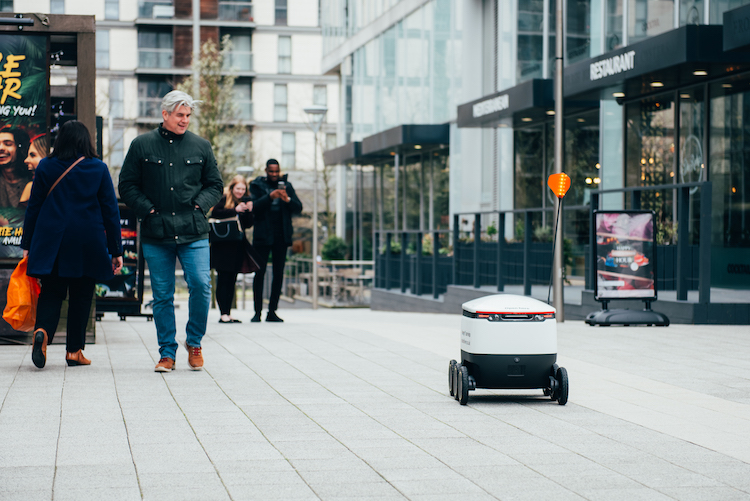 Using the Starship deliveries app, a resident or worker in central Milton Keynes can order food and drink to be delivered from some of the most popular brands in the town, including Peels Juice Bar, Pepes Piri Piri, Bandit Street Food, Maaya Indian and Legend One Sushi Bar, with more merchants to be added throughout March.

This means people can get their lunch delivered by Starship’s fleet of robots from diner to door, giving them the option to have food conveniently delivered around their schedule.

This new expansion from Starship will help ease congestion in the centre of town by giving people the option of electrically-powered robot delivery, where before they would potentially rely on delivery services that use cars and other environmentally-unfriendly modes of transport.

Both residents within the centre of town and workers will be able to order food at the touch of a button.

The Mayor of Milton Keynes, Councillor Sam Crooks, says: “The robots have become an iconic sight in the town and everyone’s excited at the prospect of them delivering in the town centre.

“For the 180,000 people who work in the centre of MK, this means that they can get their lunch delivered to them conveniently, saving them time during their working day.

“We’re living in an era where we are more conscious about the individual effect we’re having on the environment, and the centre of MK can get very congested.

“Hopefully this new service will ease congestion in the centre and make it that bit more environmentally-friendly, whilst giving workers the opportunity to experience robot delivery in a town on the front line of new technological advancements.”

“We’re excited that both residents and workers can now enjoy this low cost and convenient benefit in the centre of Milton Keynes, and we hope that it will make the town an even more attractive place to work in the future.”