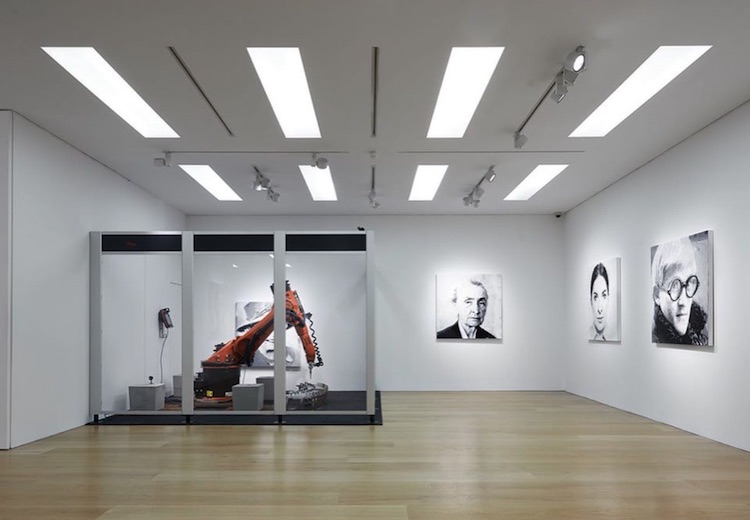 Nubiola makes his comments as an exhibition of robot-made paintings opens in the prestigious Ben Brown Fine Arts gallery, London.

The Dark Factories title is a nod to “lights out” manufacturing processes, where robots work autonomously in unlit factory spaces. Heidi also works “blind” – that is, without any cameras or vision sensors. 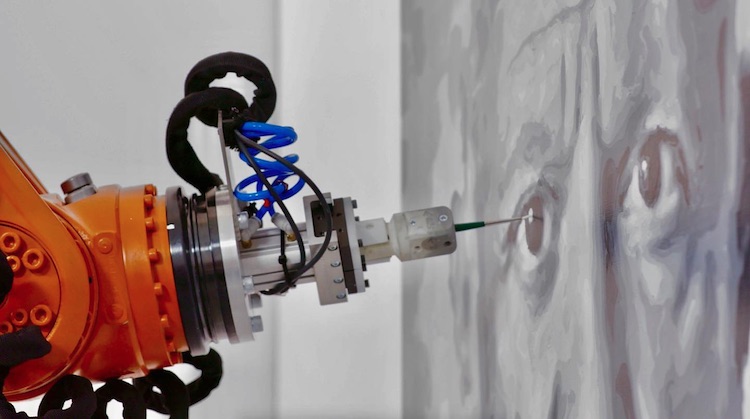 Heidi receives a photograph in digital form, applies some image processing and Google Face API and courtesy of some coding in Autodesk Maya, generates a final image.

The robot must be able to work out where the brushstrokes should go, how long they should be, the angle of the brush and other details.

At this point in the process, the robot has a clear idea of its objective, but it doesn’t understand the mechanics of painting in a human-like way.

This is where RoboDK comes in.

Software engineer Julian Mann, who brought Heidi’s mechanics to life for Dark Factory Portraits, says: “I was able to glue together Autodesk Maya and RoboDK using their SDKs, to form a single elegant tool to design any kind of painting and have it painted by a robot.”

Using the RoboDK API, Mann coded Heidi’s every movement; from paint and brush selection through to which brushstroke to use and how to clean a paintbrush. As the project progressed, Mann observed that the robot developed some of the fine motor skills that humans take for granted when painting.

“As development progressed, the system gathered more and more of the skills we take for granted when painting with our own hands,” says Mann.

“For example, the robot gently ramps into each stroke and pushes harder and softer in order to modulate the stroke width. It holds different brushes at different angles, and it takes great care to wipe just the right amount of excess off the brush.”

RoboDK enables users to easily program more than 500 industrial robots, from small collaborative robots to large industrial arms – each of which offers a multitude of different ways to apply paint to canvas and sculpt.

While advanced users can use the RoboDK API, non-coders can easily create complex robot programs in RoboDK by pointing and clicking with their mouse in a simulated computer environment.

Users can test out their robot’s movements before applying them in the real world. Meanwhile, RoboDK software takes care of translating those clicks into code that the robot understands. 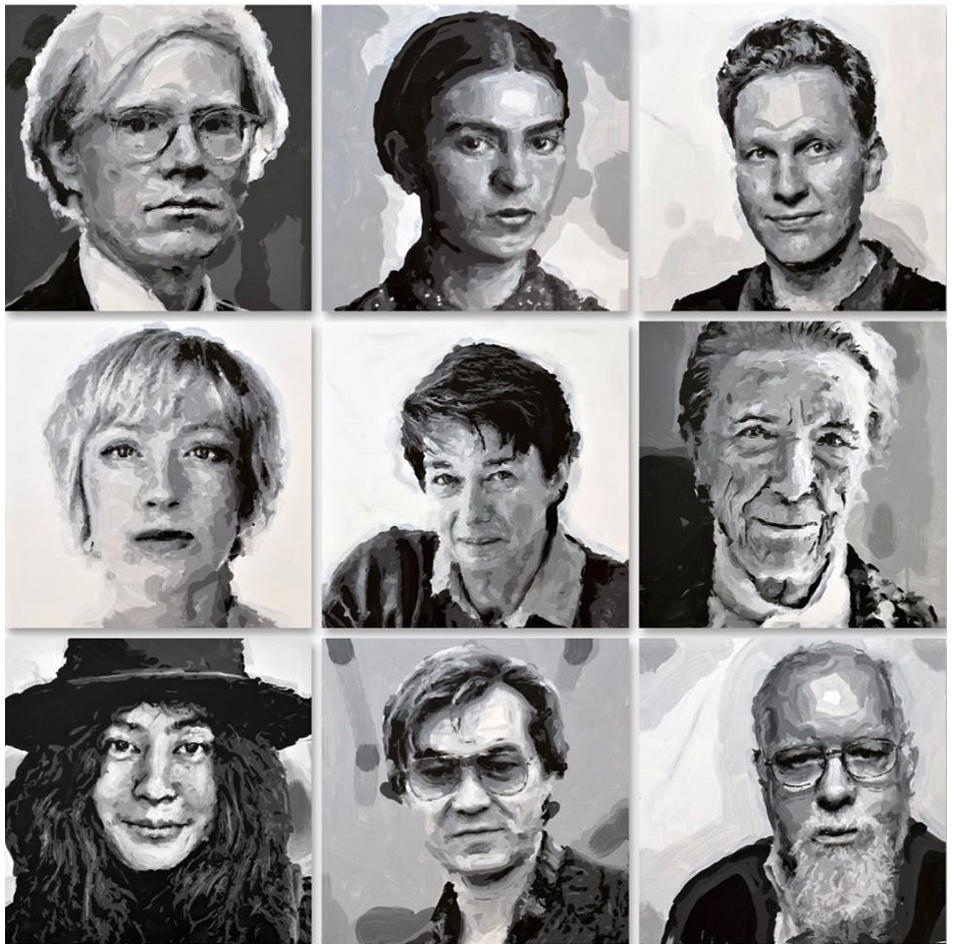 “As the brilliant Dark Factories exhibition shows, it’s not about replacing artists, but empowering artists and enabling them to explore new avenues of creativity through automation,” says Ierullo.

The Carters share this sentiment, seeing robotics as a tool, an extension of their craft, rather than as a threat to human creativity.

The successful collaboration between the Carters, Mann and Heidi, highlights the benefits and creative potential of human-robot collaboration, says Nubiola.

“There are many areas in which the best results come from humans and robots working together and the visual arts is no exception,” he says.

“Our software allows artists to add robotic tools to their repertoire and is creating to new types of artists –creative engineers that build the algorithms that robots use to produce art.”

RoboDK was founded in 2015 as a spin-off company from the CoRo laboratory at ETS University in Montreal, Canada. In that time its robot simulation and programming software has helped bring several high-profile artistic projects to life. 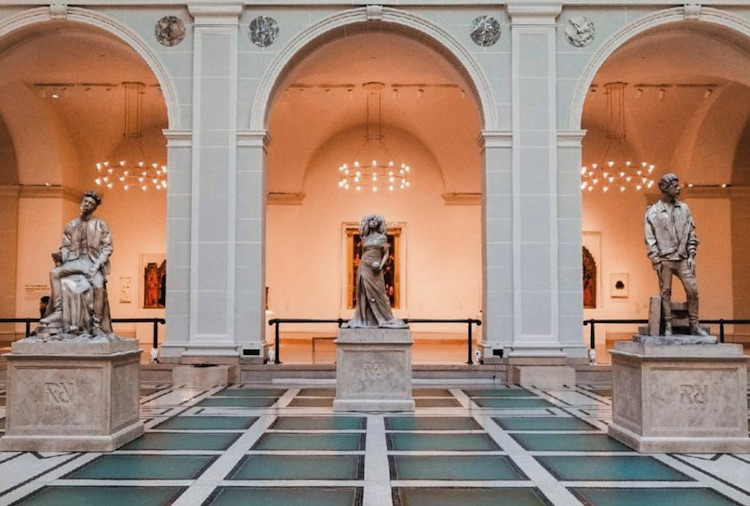 To ensure accuracy, RoboDK software was used to control a custom-built, robotic drilling system that prepared all 40,000 holes into which the bullets were placed.

Ascan Aldag is an artist who pushes the boundaries of 3D-printing by using an industrial robot arm to produce supersized 3D-printed art works. Aldag built a custom extruder to speed up the printing process and RoboDK allowed him to control the entire system, including the tricky task of synchronizing the extrusion speed with the robot’s movements.

RoboDK software allowed the creative team to simulate the robot’s path for each sketch and then produced the code that set the robot in motion.

“The bulk of RoboDK’s business is in the industrial manufacturing sector, but as ‘Dark Factories’ and other projects demonstrate, our software is a powerful tool for creatives too,” says Nubiola.

“We are looking forward to inspiring and empowering future art projects as more people discover the potential of robots to transform the visual arts.”

Dark Factories is scheduled to run until April 17th, 2020.