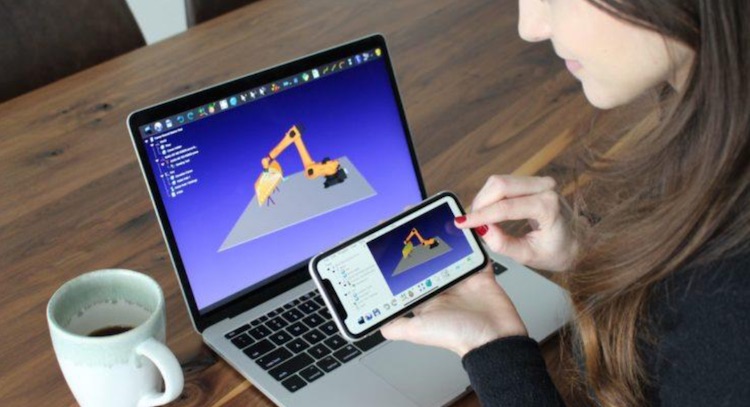 Founded by Albert Nubiola and Lauren Ierullo in January 2015, RoboDK is a spin-off company from the CoRo laboratory at ETS University in Montreal, Canada, one of the most prestigious robotics labs in North America.

While working on his PhD at CoRo lab, RoboDK’s CEO Albert Nubiola was the main developer of RoKiSim, a multi-platform educational software tool for 3D simulation of serial six-axis robots.

RoboDK software is the extended commercial version of RoKiSim and is designed to bring powerful robotics simulation and programming capabilities to companies large and small and to coders and non-coders alike.

“In 2015, traditional simulation software cost almost as much as an industrial robot. RoboDK was founded to bring affordable, state of the art simulation and robot programming software to all,” says Nubiola.

The market for industrial robots has changed dramatically in the relatively short time since then. 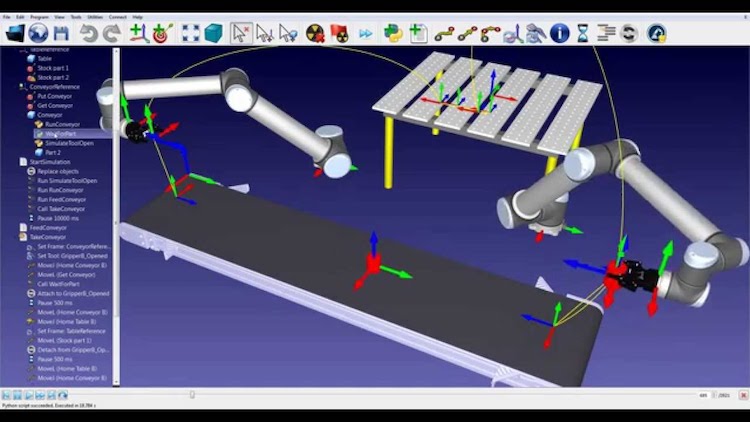 Keeping pace with the constantly evolving world of industrial robots and OEMs is one of RoboDK’s main missions, says co-founder and Director of Marketing, Lauren Ierullo.

“RoboDK is designed to enable companies to simulate and program any robot with one piece of software at an affordable price. Keeping that promise to our customers means that we regularly update our software library to incorporate the latest industrial robot technologies” says Ierullo.

RoboDK found its first customer in 2015; a New Zealand-based manufacturer that used RoboDK to calibrate an ABB robot for robot milling. Today, the firm has more than 30,000 active users spread across 15 countries.

Keeping its software library up-to-date with the latest industrial robots is just one part of the company’s offering, says Nubiola.

RoboDK’s ability to support a wide range of industrial robots is made possible by an extensive network of more than 50 partnerships with leading robot and OEM makers such as API, Creaform and IDEC.

“As industrial robotics evolves, so does RoboDK,” says Nubiola. “We want to empower our customers with the latest post processors, calibration tools and essential plugins and all at a cost that’s several times lower than that of our competitors.”

Meanwhile, the RoboDK API is a universal robot programming language that enables software developers and integrators to create advanced, non-brand specific robot programs and deploy their solutions on any robot controller.

In 2017, a team at NASA’s Langley Research Center, in Virginia, USA, was tasked with developing an automated inspection system for composite aircraft fuselages.

The researchers settled on a cobot-based solution using a UR10 from Universal Robots and RoboDK software for offline programming and simulation, including the use of simulated inspection patterns to maximize path efficiency.

In 2019, building on the success of the original project, NASA unveiled a multi-robot system that uses two synchronized cobots to perform line scan tomography inspections on aircraft fuselages.

Designed to facilitate multi-software workflows, RoboDK software enabled the researchers to synchronize 2 robots and incorporate external axes into their simulations.

When Neoset Designs, a New York-based art and digital fabrication studio, was asked to collaborate with music streaming service Spotify on the “RapCaviar Pantheon” robot sculpting project, they turned to RoboDK.

Art and the Carters

An exhibition of the Carters’ work will be held in the prestigious Ben Brown Fine Arts gallery, London, from Feb 12 to April 17, 2020.

The future of RoboDK and robot simulation

Customer success stories like these, repeated many times around the world. And as the industrial robotics market grows, RoboDK expects to grow with it.

“To ensure the satisfaction of new and existing users, we plan to continue offering new applications and plugins and further extending RoboDK’s robot library,” says Ierullo.

The firm also plans to increase its international reach over the next few years, says CEO, Nubiola. “With the help of our distributor network, we plan to offer RoboDK software on all six continents,” he says.

“And, above all, RoboDK wants to continue inspiring and helping people around the world with their robotics projects so that they have more success stories to share.”