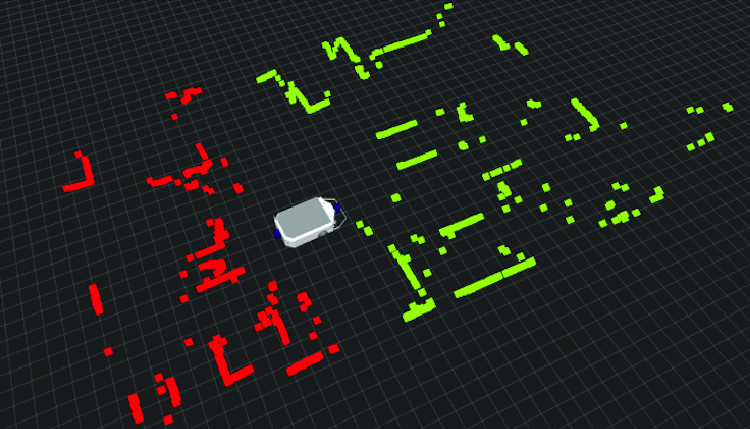 The global market for LiDAR in mapping is expected to exceed $4 billion by 2026, according to research by Global Market Insights.

The rising demand to reduce the risks associated with natural disasters such as floods, volcanic eruptions, and earthquakes is supporting the demand for LiDAR in mapping solutions, says the company.

The LiDAR in mapping market growth is also attributed to the increase in government efforts to identify new sources of energy.

Government authorities are using LiDAR in mapping technology to locate suitable locations to place pipelines for the oil and gas industry.

The private companies are also utilizing LiDAR technology for quick and safe mapping of distant oil and gas fields. 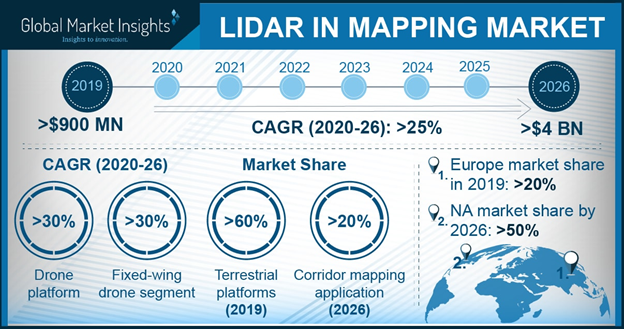 This LiDAR mapping identified the corrosion, cracks, and surface welding defects in cargo and ballast tanks of fuel storage facilities. This helped in the timely maintenance and business continuity for Petrobas.

LiDAR in mapping requires huge resources that include LiDAR equipment, software, and skilled professionals. The total cost of resources deployed for a single project is high, hindering market growth.

Construction and surveying application is expected to grow significantly over the forecast timeline due to the rising demand for LiDAR in mapping technology for town planning.

Governments across the globe are entering into strategic alliances with prominent market players for several mapping and surveying projects.

For instance, in June 2019, Ordnance Survey, the national mapping agency of the UK, signed an agreement with Terra Drone Europe to provide UAV (fixed-wing, multi-rotor) equipped with LiDAR technology for mapping and surveying services.

The deliverables will include Digital Terrain Models (DTM), orthomosaics, and digital surface models.

The increasing demand for improving disaster management systems across the developing countries including India, China, and Japan is fueling the LiDAR in mapping market growth in the Asia Pacific region.

For instance, in May 2017, the Japanese government deployed LiDAR mapping systems to assess post-disaster damages, which occurred due to Kumamoto earthquake in 2016.

The acquired data was used for developing strategies to efficiently deliver and distribute relief resources during the occurrence of such emergencies.

LiDAR in mapping systems are being deployed extensively for geotagging of earthquake-prone areas and to assess the impact of landslides caused by earthquakes.

The companies operating in the LiDAR in mapping market are focusing on introducing low-cost LiDAR sensors to target the growing mapping markets across the world.

The new product, automotive-grade hybrid LiDAR CH16 3D, is priced at $0.0599 per unit and will help the company gain significant traction among small enterprises in the region.

The companies are also concentrating oninnovative LiDAR sensors to meet the changing demands of their customers.

Some major findings of LiDAR in mapping market report include: