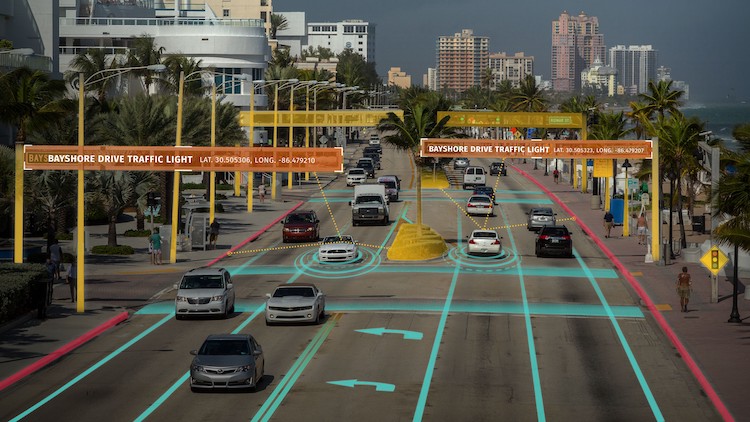 According to the Association for Safe International Road Travel, nearly 1.25 million people succumb to road accidents every year, which equates to an average of almost 3,287 deaths a day.

Despite the alarming statistics however, strong technological evolution across the industrial landscape, particularly in the automotive domain, is ensuring that things take a turn for the better.

From simple features that ensure safety through driver alerts to advanced systems that can take control of the vehicle’s functionality in case of driver incapacitation, technology has contributed siginificantly to the advancement of automotive safety over the years.

An important part of this evolution is the emergence of advanced driver assistance systems, or ADAS.

An overview of ADAS

Hailed by many as a revolutionary technology, ADAS has maintained a presence in the industrial landscape for longer than perhaps most people realize.

The origins of the advanced driver assistance systems market can be traced as far back as the invention of the first modern cruise control system, in 1948.

Since the 1950s, automotive industry players and original equipment manufacturers have been working extensively on the development of assisted driving technologies, including the modern laser and electronic-based versions of cruise control systems.

In the present automotive scenario, ADAS is one of the most important technologies for the sector, gaining prominence as a fast-growing automotive electronics segment.

ADAS is not just one technology, rather an umbrella term for an entire electronic ecosystem encompassed within a vehicle, equipped with a human-machine interface (HMI), which can help provide adequate assistance during the driving process.

ADAS is known by many monikers, varying from company to company, including Honda Sensing, Ford’s Safe and Smart Package and Mazda’s i-Activsense, among others.

One of the most prominent ADAS features is its ability to monitor the vehicle’s surroundings, by leveraging inputs derived from myriad sources, designed to fulfil a common purpose, a seamless and secure driving experience.

ADAS functionality works on the basis of five key components. These include:

Assisted driving technologies demonstrate significant potential across various aspects of the automotive landscape, one of the most prominent being automotive safety, not just for the vehicle occupants but also for pedestrians and other drivers.

Driver assist technology and its impact on safety

With vehicles becoming more and more complex, the safety features have to grow at a similar pace in order to ensure maximum driving safety.

Various studies, such as a UK Department of Transport report, suggest that over 74 percent of road accidents in the region are caused due to human error.

Advanced driver assistance systems mitigate these circumstances, by intervening whenever they detect a discrepancy and aid the driver in bringing the vehicle back under control.

The system does this in a multitude of ways. For instance, by urging the driver to reduce the speed, change his relative vehicle position or trajectory, or by interacting with other drivers through indicator lights.

Through the use of various ADAS features like collision avoidance, lane departure warning and blind spot monitoring, among others, the system can help reduce the driver’s task-load and, in turn, avert a crash.

ADAS has shown great potential in improving on-road safety and mitigating the occurrence of collisions and accidents.

For instance, research in the UK found that vehicles equipped with ESP (electronic stability program) were nearly 25 percent less likely to experience a fatal crash than vehicles without the system.

The development of new car safety technologies like ADAS over the years has yielded such promising results that the CDC was able to add motor vehicle safety to its list of the top ten greatest achievements in public health in the 20th century.

ADAS can also add more convenience to the driving process, with features like cruise control and parking assistance.

For example, a backup camera, which is a commonly used driver assistance technology, helps the driver get a clearer picture of his surroundings while reversing, making the process of parallel parking easier.

Many ADAS industry players are also working on developing newer assisted driving technologies in order to increase driver awareness and road safety. One of these companies is Here Technologies, which has launched a new ADAS feature, dubbed Here Lanes.

The Here Lanes system is designed to provide accurate geometry and topology, as well as attribute data including road rules, lane counts and center lines, vehicle height restriction, travel direction as well as intersection slopes and curvatures, to the mobile applications and the vehicle’s ADAS.

Any technology that helps augment road safety is of great importance in the automotive domain, and driver assist technology is no different.

Advanced driver assistance systems are already becoming a mainstay in the automotive industry, with several prominent locations like Europe, India, and others, working on mandating the incorporation of the technology in all vehicles as early as 2022.