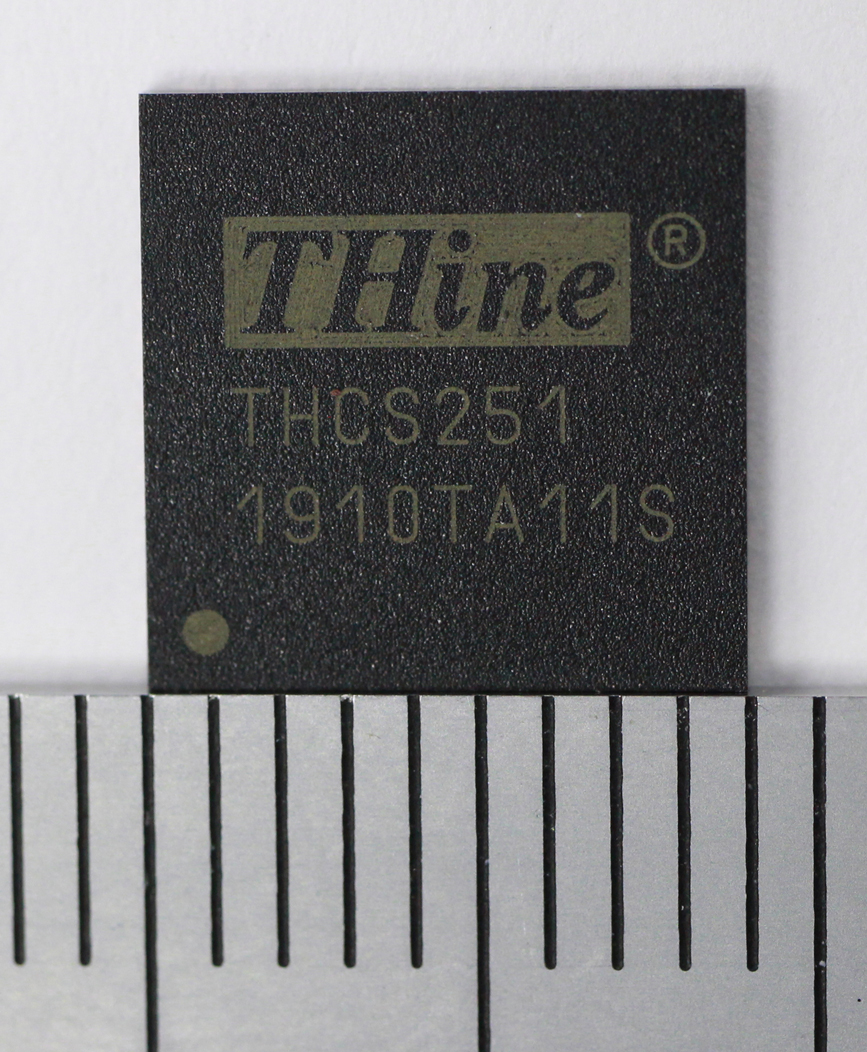 This new IC allows engineers to aggregate up to 37 lines of different data rates into just 4 lines that can be received and transmitted in the same IC.

With the THCS251, manufacturers can lower cost, reduce size, and improve reliability by utilizing simplified and smaller hinges/slip rings in their product implementations.

The new THCS251 IC can be used in a wide variety of applications such as laptop computers, surveillance cameras, robotics, printing machines, medical equipment, gaming, XR devices, and so on. 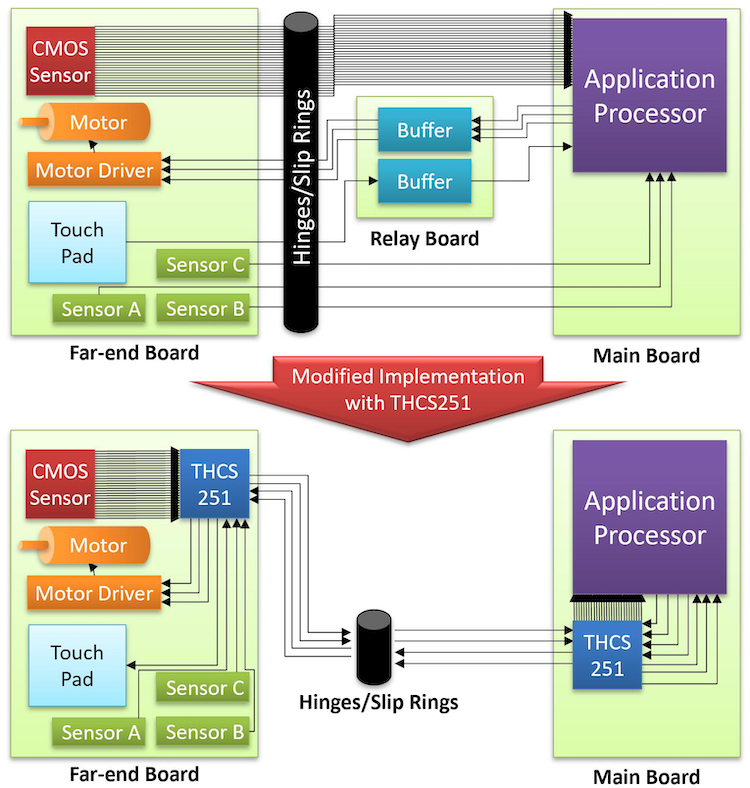 These hinges and slip rings limit the number of wires that carry signals through them due to their physical space and/or cost.

In the past, SerDes (Serializing and Deserializing) technologies such as THine’s V-by-One HS, have solved many of these challenges. However, demand for more I/O is increasing as devices have more sensors to provide more accurate information for better user experiences.

Thus, aggregation in addition to SerDes is needed to reduce the cable number of multiple different signal paths, thereby allowing more flexible implementations that can reduce product size and cost.

THCS251 also deserializes and deaggregates the differential signals back to the original 37 lines allowing implementations of both the receiver and transmit directions with only four lines.

Thus, using THCS251 on each side of the hinge or slip ring connector can enable new applications that require higher I/O counts.

Also, the solutions using the THCS251 offer more choices for physical harnesses than hinges or slip rings. For example, it can be used with a contactless connector from Keyssa that can offer a ruggedized, low latency, detachable HD camera solution.

The high-speed differential signal path of the THCS251 is supported by 8B10B encoding and built-in adaptive equalization, allowing a distance of greater than 15 meters with standard cables.

Tak Iizuka, chief solution architect of THine, says: “This IC can be a game changer for many applications.

“Hinges used in many devices cause product limitations. For example, even the wide hinges used in laptops limit the number of wires to 15 per hinge.

“As more sensor functions are being added to laptops, the laptop designers need to aggregate more functions into the wires, so they do not exceed the maximum number of wires constrained by the hinges.

“Another example is for devices that require slip rings such as those that deploy 360-degrees of rotation.

“These slip rings also constrain the number of wires through them. The THCS251 solves problems caused by the limitations of hinges and slip rings.”

Yasuhiro Takada, CEO of THine, says: “We are excited to announce this new IC because this enables our customers to introduce new products with reduced sizes and costs thanks to this new extension of our technologies which we have provided for decades.”