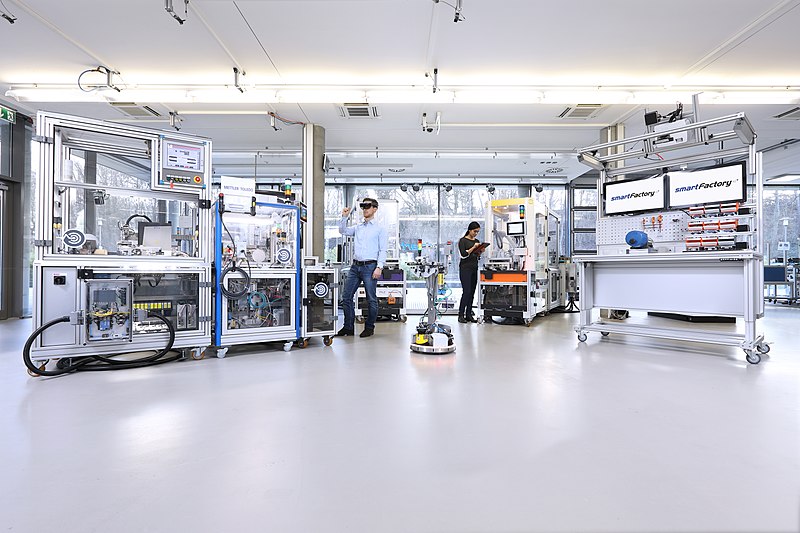 The global smart factory market is set to grow from its current market value of more than $75 billion in 2018 to $155 billion by 2025, according to a new research report by Global Market Insights.

The increasing adoption of technology has driven the demand for smart industrial solutions to save operational and labor costs, and is driving smart factory market.

Digitally advanced factories have been manufacturing industrial robots that are replacing human laborers in several operations with the help of evolutionary technologies like big data, artificial intelligence, analytics and internet of things.

Sensing components like actuators and sensors are significantly advanced and are increasingly being adopted by companies owing to their benefit of integrated computing abilities with low power consumption, which is expected to contribute to smart factory industry expansion.

Industrial robots are gaining popularity over human labor in the smart factory market due to their ability to increase productivity and eliminate human errors. 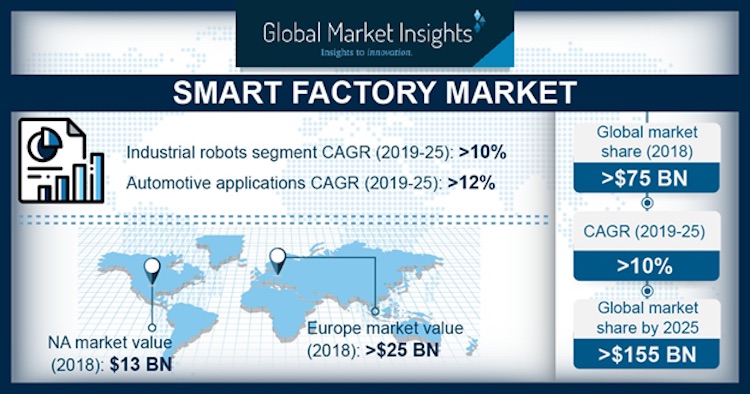 Additionally, they are capable of handling critical and dangerous manufacturing applications and keeping workers safe and motivated.

Increasing labor cost in North American and European countries and high investments required for employee training are supporting the high adoption of these robots.

Moreover, collaborative robots are designed with multiple advanced sensors and software, enabling them to work alongside humans safely and effectively.

Distributed control system (DCS) has the benefit of being simple and flexible in monitoring, reporting and controlling processes and has steadily been gaining popularity in the smart factory market.

The DCS, which has features like redundancy and controlling tends to create numerous market development opportunities by enhancing reliability and system availability.

Some of the industry players are expected to launch new DCSs for several industry sectors. The utilization of these systems by several industries will propel the growth of smart factory industry.

The adoption of smart factory market solutions is expected to increase in the automotive industry over the forecast period.

These solutions are integrated into factories for the development and production of high-quality automobile systems and components.

The global automotive companies are making heavy investments in these technologies for increasing the productivity and efficiency of their manufacturing and warehousing facilities.

For instance, Audi invested around $1.3 billion for building a smart factory in Mexico in 2016. The growing adoption of advanced technologies and increasing investments by automotive manufacturers in intelligent solutions will drive the smart factory industry growth.

The smart factory market is expected to grow in the Asia Pacific region owing to the rising adoption of automation technologies across various industry verticals.

In October 2018, the Indian government released the draft National Policy on Electronics that has envisaged the creation of nearly $400 billion electronics manufacturing industry in India by the end of 2025.

Moreover, the Chinese government has announced the Made in China 2025 program, which will invest around $3 billion in the advanced manufacturing sector.

The growing government initiatives in the Asia Pacific region for the development of the manufacturing sector is providing several opportunities for smart factory industry growth.

These players are adopting various business expansion strategies such as mergers and acquisitions, product launches, and collaborations and agreements for introducing new manufacturing-related solutions.