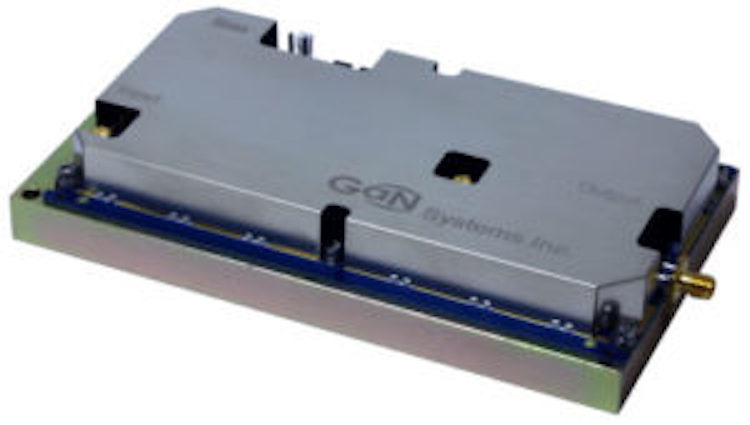 With the proliferation of robotics, artificial intelligence, and sensors – the increasingly intelligent industrial environments of today are barely recognizable when compared to the assembly lines introduced 100 years ago.

This is true – with one important exception. In some of the most advanced factory and warehouse spaces, power-reliant hardware devices are still plugged into a fixed electrical outlet to operate or charge.

So while data transmission has successfully evolved from wired to wireless, this is only beginning to be true for power.

And both data and power are the engines that will drive the ongoing growth and global impact of Industry 4.0.

So what have been the barriers to taking wireless power mainstream in industry? Power level, efficiency, cost, and performance have been the formerly insurmountable problems.

That is no longer the case today as wireless systems using GaN power semiconductors are solving the previously unsolvable, and enabling a new generation of industrial innovation.

With high frequency systems using GaN power semiconductors, power up to a 1,000 Watts and distances up to 1,000 mm are achievable between the power transmitter and receiver.

Past silicon-based wireless solutions were only able to deliver 20 Watts at a distance of 5mm.

What does wireless power then mean for Industry 4.0? Industrial environments can become more flexible, intelligent, autonomous, efficient – and safer.

Some of the technologies that will benefit from wireless power include robots, IoT sensors, 5G networks, and AI.

Rapid charging at hundreds of watts of power and greater is needed for industrial robots. And in wired environments, a human operator is needed to make a precise physical connection with a docking mechanism.

This limits the nature of robotic autonomy and efficiency. In high speed high power wireless environments, an autonomous mobile robot can simply park itself over a charging pad.

With a low profile design, wireless charging stations can be strategically and flexibly placed throughout a facility for maximum robot uptime and new levels of autonomy.

The cost of electric wiring for sensors far exceeds the cost of the sensors themselves. Wired or battery powered sensors often do not have backup power, and the loss of power to even a single key sensor can shut down an assembly line or even an entire factory.

Sensors that communicate data wirelessly will become most effective when they are also powered wirelessly.

Wireless charging can be introduced as a primary or redundant system, with multiple wireless power transmitters places within range of each sensor to act as backups should there be a failure.

Both data and power must flow in Industry 4.0 networks without the maintenance needs and interventions of wired networks.

With the increased data load and proliferation of sensors and base stations, power requirements and maintenance can increase as well.

5G networks are expected to consume at least twice the amount of energy as current networks, even though their energy cost per bit is 1/10 that of 4G.

Energy hungry base stations and a significant multiple in data transmission will impact energy costs unless new efficiencies are introduced.

The 5G revolution in smart factories needs to be accompanied by the evolution from wired to wireless power.

With the increase in intelligent IoT sensors and the higher volume and lower latency of data from 5G, the integration of Artificial Intelligence into industrial environments will increase.

This will occur not only for longer term analysis around hardware performance and maintenance, but in initiating “real-time” orders to precision robotic devices and mobile robots with less than a millisecond of latency.

Without reliable wireless high-speed power in the appropriate locations within a factory or warehouse, the increased use of AI in industry will be limited.

The wireless transmission and analysis of data might exist, but will have limited operational value unless it can be accompanied by wireless power.

The growth in the smart factories and warehouses of Industry 4.0 has been the result of a shift from mass, uniform manufacturing to the production of smaller batch customized products – accompanied by quicker turnaround times. This can require the rapid reconfiguration of a facility as manufacturing needs change.

If the floor design is tethered to a particular structure for accessing electricity – this change becomes difficult.

Wireless power charging stations enable more flexible redesign of industrial facilities, and the less cluttered environments that result are also an advantage in the use of automated mobile robots.

The problem with contact-based (wired) charging is that exposure to dust, moisture, and other debris negatively impacts performance and requires expensive maintenance.

With no power connectors to worry about, wireless charging systems can be sealed against dirty and corrosive environments.

This makes more intelligent industrial operations possible in higher risk and challenging environments where wires are not possible or are unsafe, such as in mining, construction, or underwater operations.

The continuing evolution of Industry 4.0 should no longer be shackled to cables and cords or encumbered by faulty connectors and contacts. Its full potential will only be realized when both power and data are wireless. And that time is now.