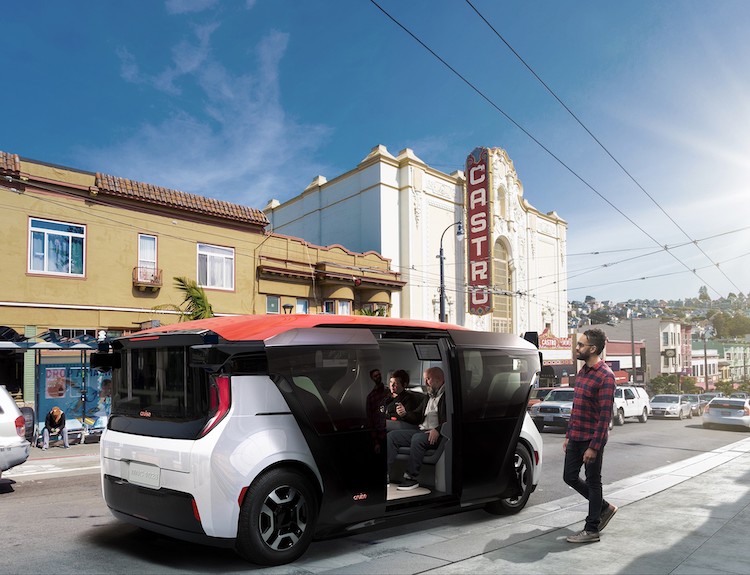 The Cruise Origin, as it is called, is electric, autonomous, driverless with no steering wheel, and designed to carry several people – about six in spacious comfort.

The company says the Origin is the answer to the many problems of motoring today. Cars today use fossil fuels which pollute the atmosphere, and are designed in a way that limits the space available.

Not having to consider a human driver, and getting rid of the petrol engine has enabled Cruise to provide much more internal space.

Externally, the car looks big, but is actually about the same size as an average family car.

Writing on Medium, Dan Ammann, CEO of Cruise Automation, describes the Origin as the company’s “first step” towards its vision of cleaner, better and more affordable mobility.

Ammann says: “What we came up with isn’t a car that you buy. It’s an experience that you share.

“It’s self-driven. It’s all-electric. It’s shared. And it’s our answer to the question about what transportation system you’d build, if you could start from scratch.”

He continues: “When we got rid of all that human-driver stuff, we traded it for something precious: space.

“And because we own the entire experience, from the app to the Origin to customer service, our customers will get the same consistent experience, every time. That’s really important.”

Cruise Automation has grown from 40 employees to 1,000 at its San Francisco headquarters and recently announced an additional expansion of 100-200 employees in Seattle.

With recent investments by SoftBank and Honda, Cruise’s valuation has rapidly grown to $14.6 billion.

Although GM has not officially revealed the sum it paid to acquire Cruise Automation, analysts suggest the figure is anywhere between $500 million and $1 billion.