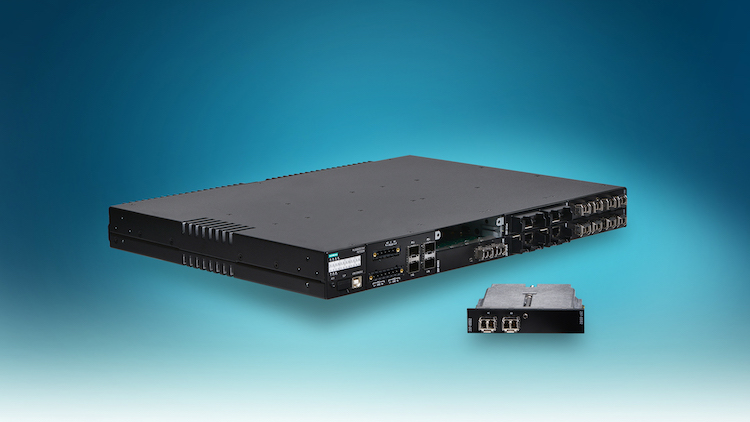 This module eliminates network downtime due to single points of fault, resulting in high reliability and availability for modern digital substation applications as mandated by the IEC 61850 standard.

The RMM2972-2RNA module plugs into either slot 1 or slot 2 of the RST2228 device and allows it to participate in PRP/HSR networks that deliver 0 ms recovery time and zero packet loss. Its interfaces include PRP/HSR ports A & B that support speeds of up to 1000 Mbit/s.

Ruggedcom RST2228 with the RMM2972-2RNA functions as a PRP/HSR Redundancy Box (RedBox) that can support up to 24 legacy SAN (Singly Attached Nodes) devices.

With two such modules, it can function as a QuadBox, a device that connects two HSR rings together. It also supports coupling between different redundant topologies.

Furthermore, any industrial network with pre-existing Ruggedcom RST2228 switches using MRP or RSTP protocols can now be easily migrated to the HSR protocol.

Multiple redundant configurations supported by this module allow for a simpler network design with fewer number of devices, and lower operating costs, while significantly improving the overall network performance.

The utility-grade design of this module means it can operate between -40 to +85 °C and can withstand high levels of electromagnetic and radio frequency interference, making it an essential network component for mission critical networks in harsh environments, especially as those seen in electric power utilities.