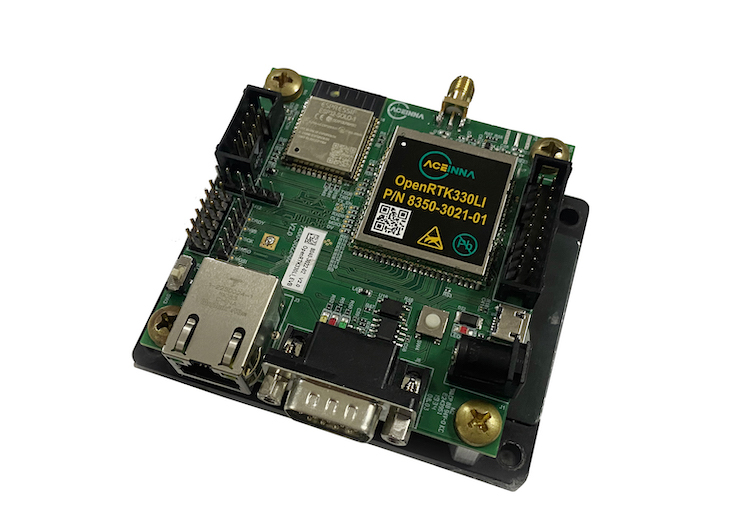 Designed to replace the expensive and bulky precision RTK/INS systems used in today’s autonomous systems, this compact navigation solution meets the challenging performance, reliability and cost requirements of the automotive market along with the needs of robot, drone, construction and agriculture systems.

Mike Horton, CTO of Aceinna, says: “The combination of a triple-band GNSS receiver and a high-precision IMU has enabled us to make a remarkably accurate, small, reliable and cost-effective GNSS/INS solution.

This enables autonomous system developers to safely deliver highly accurate localization and position capabilities in their vehicles at prices that meet their budgets.

The module has RF and baseband support for the L1, L2, and L5 GPS bands and their international constellation signal equivalents.

By integrating a triple-redundant IMU array, the OpenRTK330L is able to recognize and utilize only valid sensor data, ensuring high-accuracy protection limits and certifiability under ISO26262 standards.

Autonomous solution developers have full access to all resources on the OpenRTK330L module including the GNSS receiver measurement data, IMU measurement data and all interfaces.

The Aceinna OpenRTK330L hardware also includes, Ethernet, UART, SPI and CAN interfaces for versatile integration into a host system. Additional specifications include operating temperature range of -40C to +85C, and qualification to standard automotive shock and vibration levels.