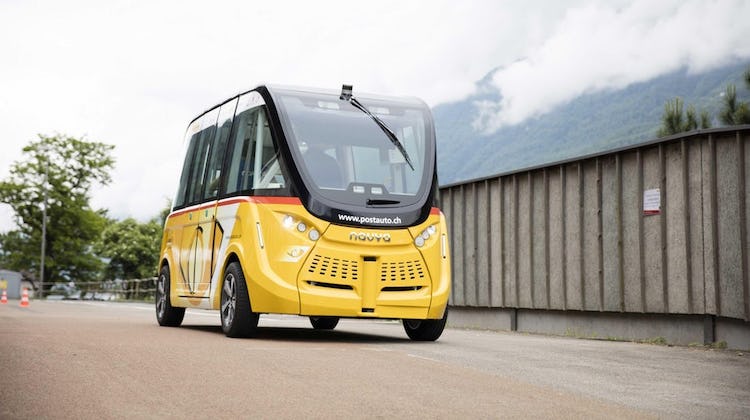 Autonomous buses and robotic shuttles reflect “strong societal trends”, such as ageing populations who are less mobile and the record numbers of people moving to cities, according to a new report.

These are among the findings of a study by IDTechEx, Robot Shuttles and Autonomous Buses 2020-2040, said to be the first in-depth report on the subject.

Robot shuttles are an important new, reconfigurable form of transportation for goods and people that may even function as mobile offices, workshops, restaurants and more.

It finds that the heart of the subject is upright, boxy, 8-20 person vehicles that are symmetrical like a small train so they never do a U turn.

Small footprint, all-round vision, large doors, quiet, zero emission, they can go indoors and over piazzas and roads and are able perform many different tasks even in one day.

Primarily intended for intensive urban use, they are gated to never exceed a determined speed, typically in the range 50-60 kph.

It all adds up to a new form of transport backed by both huge companies like Toyota and Baidu and startups, one having raised one billion dollars for the task.

Their trials explore many possible applications, from empowering the poor and disabled, to viably filing in gaps in the transportation network and replacing hopelessly underutilised vehicles such as private cars, reducing congestion and cost.

Out of 36 different robot shuttle models and precursors examined in 15 countries and deployed in 20, IDTechEx identifies nine with excellent design, successful trials, strong backing and imaginative multi-purposing and taking the mainstream 14 or so passengers when in bus mode. A few have over 100 units deployed.

However, the technology for fully independent “Level 5” robot shuttles will not be widely deployable until later in the decade.

Currently, there is usually tele-supervision and a supervisor on board so what is all the fuss about?

IDTechEx finds that robot shuttles “relate to most of the strong societal trends now with us”. They include the move to cities, the demand for travel for all, including those that cannot afford or manage existing forms and those located where demand does not justify a regular bus.

Road congestion must be eliminated by banning those little used and weakly filled vehicles such as private cars from cities and introducing vehicles intensively used because they reconfigure in use, even go indoors, move sideways and arrive at your door.

From Finland to Japan, trials show promise in viably reinstating feeder buses from villages to cities, previously abandoned because of poor usage and losses resulting.

In Switzerland, the robot Postbus even manages narrow bridges and narrow roads with both post and passengers. Tourists love the all-round vision of the robot shuttle but this is only a beginning.

Last mile freight is another, all raising the prospect of free people travel on the back of it. An Amazon delivery and school bus robot shuttle has been conceived.

Free of charge for the school? At the 2020 Tokyo Paralympics Toyota will transport the disabled more efficiently, safely and pleasurably using its new robot shuttles. Toyota explores modes such as freighter, mobile shop and office.

However, IDTechEx finds impediments. A large amount of electricity and money is currently needed both for the robotics and the vehicles.

That will be overcome with a tsunami of new technologies. Software and telecom companies are often leading but it is a long game, delayed by inadequate autonomy as yet so IDTechEx believes Daimler is right to shun robot shuttles to catch up in modern truck technology.

The IDTechEx report also presents the dreams, 10 primary conclusions, the 36 models and their 20 projects, the number deployed by the leaders, the big differences from robotaxis covered in an another of the research company’s reports.

It picks winners on IDTechEx criteria and forecasts 20 years ahead with prices tumbling for identified reasons and a tipping point of sales where full Level 5 autonomy can be widespread.

The overall bus and the autonomous large bus market is also forecasted.