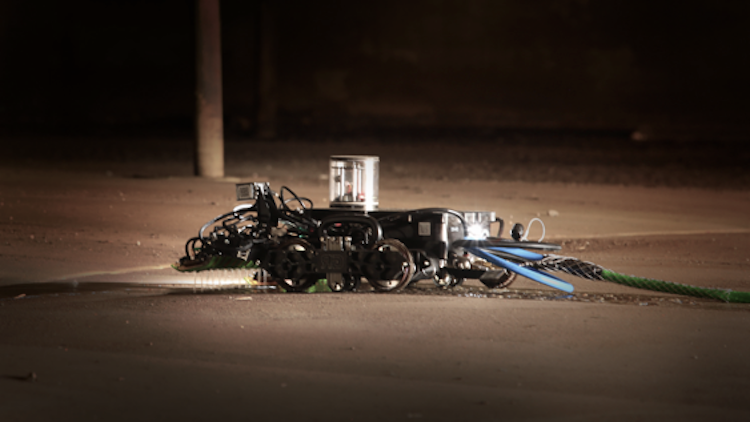 A Y-Combinator alum, Gecko Robotics raised the $40 million in its Series B round, which was led by Drive Capital.

Gecko already partners with the largest brands in power, oil and gas and manufacturing industries.

The startup says it has created “a new standard for industrial-grade inspection”, powered by artificial intelligence-based data and robotics .

As well as Drive Capital, the funding round also saw participation from previous investors including Founders Fund, Next47 and Y-Combinator.

Jake Loosararian, Gecko Robotics’ 28-year-old co-founder and CEO, says: “We are growing fast solving a critical infrastructure problems that affect our lives, and can even save lives.

“At our core, we are a robot-enabled software company that helps stop life threatening catastrophes.

“We’ve developed a revolutionary way to use robots as an enabler to capture data for predictability of infrastructure; reducing failure, explosions, emissions and billions of dollars of loss each year.”

Ahead of its time in innovation, Gecko Robotics began developing the technology in 2016 to modernize a historically stagnant industry.

Mark Kvamme, lead investor and partner at Drive Capital, says: “We are very excited for the future of robotics in industrial inspection. The Gecko Robotics team are revolutionizing an industry that is in need of a real upgrade and will save lives.

“I see amazing potential for Gecko’s business model, they are on the path to become a market leader in their industry.”

Gecko Robotics plans to use the additional funding to support its quickly scaling business operations, which has already grown from 45 to 115 employees in the past 12 months, focusing on hiring software and product engineers to establish a cutting-edge data company, powered by robots.

Gecko Robotics is currently headquartered in Pittsburgh, Pennsylvania with offices in Houston and Austin, Texas and Europe.