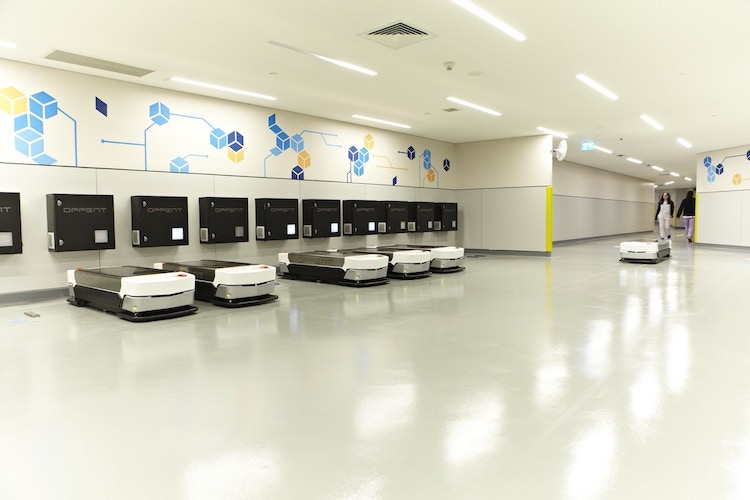 The robotics industry is set for “seismic change”, according to a report by ABI Research, which says that, of the 8 million robots forecast to be shipped in 2030, nearly 6 million will be mobile.

ABI says it has released its “most comprehensive robotics tracker yet”, and it shows that the robotics market is “set to transform over the next 10 years”.

There will be enormous growth across all sub-sectors, highlighted in a total market valuation of $277 billion by 2030, says ABI.

However, that growth will not be distributed evenly, says ABI. By 2022, the burgeoning mobile robotics space will start to overtake the traditional industrial robotics market.

Currently, mobile autonomy is concentrated in material handling within the supply chain, but mobile robots are set to touch every sector of the global economy for a wide range of use-cases.

Amazon Robotics is the leader that has driven growth in mobile robotics for the last 7 years since their acquisition of Kiva Systems.

With an estimated 256,000 automated guided vehicles deployed to date, Amazon holds close to 50 percent of material handling robot market share and is broadening its portfolio of robot subtypes with autonomous mobile robots for transport and delivery.

Other major automated guided vehicle developers like Quicktron, JD.com, Geek, and GreyOrange are installing thousands of robots yearly, while automated mobile robot developers are just beginning to scale up.

Brain Corp has deployed 5,000 systems primarily in retail, and BlueBotics has deployed some 2,000 robots for intralogistics in and around the supply chain.

Meanwhile MiR, an AMR company acquired by Teradyne in 2018, is beginning to achieve growth rates in excess of the company’s other robotics acquisition of major cobot developer, Universal Robots.

The distinction between AGVs and AMRs can be contested, but AMRs do not require external infrastructure to localize themselves and are built with sensors and cameras to self-navigate their environments.

Currently, AGVs represent the majority of mobile robot shipments, but by 2030, this will change.

While there will be 2.5 million AGVs shipped in 2030, the total shipments of AMRs will reach 2.9 million in the same year.

This is due to the declining costs of superior navigation and the desire to build flexibility into robotic fleets.

Whitton says: “Many new verticals, like hospitality, delivery, and infrastructure, will demand systems that do not require external physical infrastructure to move about.

“While AGVs will thrive in intralogistics for fulfillment, especially in greenfield warehouses, AMRs solve the challenges faced by many end-users by offering incremental automation that does not require a complete change of environmental infrastructure.”

Meanwhile, the revenue for all mobile robotics is expected to exceed $224 billion by 2030, compared to US$39 billion for industrial and collaborative systems.

Leading the way in mobile robotics are French manufacturer Balyo (which partnered with Amazon), Seegrid (who have sold over 800 units) and a number of smaller actors that are just beginning to scale.

This opportunity is leading vehicle manufacturers such as Toyota, Yale & Hyster, and Raymond to partner with robotics companies to offer automation to manufacturers. Given the global shipments for forklifts is close to 1 million, half of all shipments could be automated by 2030.

Another significant sector for mobile automation will be maintenance and cleaning. There are already over 5,000 autonomous floor scrubbers in US retail stores and commercial buildings.

With Softbank’s deployment of mobile cleaners for offices being rolled out in Asia and the United States, cleaning robots will become a common sight within the service economy.

ABI Research predicts that quadrupeds, exemplified by vendors like Boston Dynamics, Zoa Robotics, ANYbotics, and Ghost Robotics, will increase to 29,000 yearly shipments by 2030.

Whitton says: “As mature sectors of the robotics industry achieve growth more in line with established technology markets, mobile robotics are set to create lasting transformative effects across the supply chain and will become increasingly ubiquitous throughout the global economy.”

These findings are from ABI Research’s commercial and industrial robotics market data report.