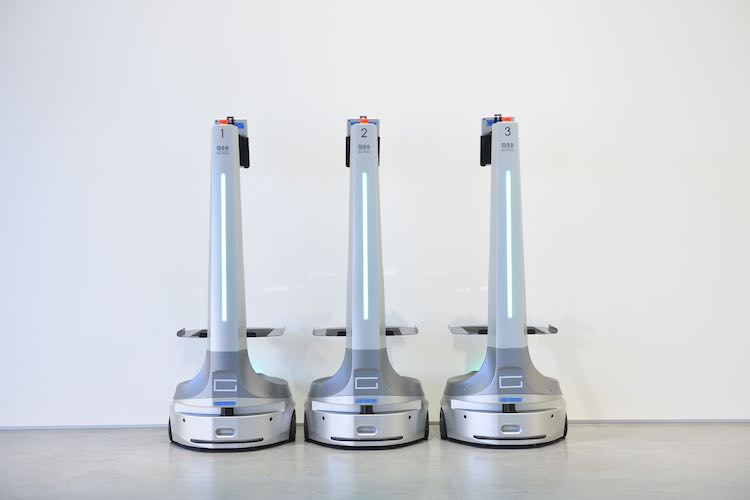 GROUND has unveiled a new autonomous collaborative robot that will start selling in Japan at the end of 2019.

The autonomous mobile robot was exhibited at the Daiwa House Group booth at the “1st Kansai Logistics Exhibition” held at INTEX Osaka recently.

GROUND says the new AMR is a “next-generation logistics robot” that enables robots to collaborate with human workers in logistics facilities.

Differentiating from existing AGV and human-following robots, the GROUND robot can acquire location information in realtime and map itself to the physical layout by linking the advanced SLAM technology and the camera and laser.

As a result, “speedy introduction is possible” without major changes in work operations and layout within the logistics facility, says the company.

In addition, since the operation method is intuitive, training for workers can be “kept to a minimum”, and for operators, the burden of introducing robots is alleviated.

The new GROUND AMR model is on sale now in Japan.