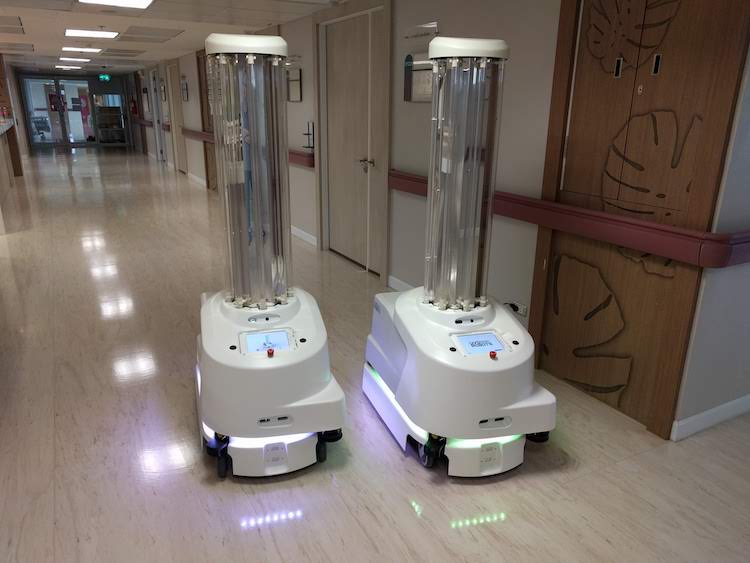 Blue Ocean Robotics, said to be the “world’s first” robot venture factory, has raised almost $12 million to develop its position in the service robotics market.

The new investment is described as a recognition of the strength of Blue Ocean Robotics’ business model and success.

The team of investors from the robotics cluster based in and around Odense, on the island of Funen in Denmark, has injected DKK 80 million – nearly $12 million – into the company.

The new funding round includes a major investment by the family of one of Odense’s most well-known business people, the late C.C. Nielsen, the founder of Micro Matic, which has been a driving force for the business development in Funen.

Also joining the investment round are owners of Funen-based companies Plus Pack and Juliana Drivhuse, Steen Haustrup and Bo Stærmose, providing Blue Ocean Robotics capital to lead the growth journey for the company’s professional service robots.

Bo Stærmose, chairman at Juliana Drivhuse and Blue Ocean Robotics investor, says: “Service robots are playing an increasingly important role and becoming a natural and integrated part of our everyday lives, and as an investor I want to support this development.

“It is currently being used at a number of hospitals around the world, where it prevents infections faster and more efficiently than humans can do manually.”

Business angel Lars Terney says he couldn’t miss out on an investment opportunity in the service robot market either.

Terney says: “I have followed the robot fairytale successes in Odense with excitement for some time, and I see Blue Ocean Robotics as an ideal investment opportunity, given their reputable competences and historic track record.”

Jørn Tolstrup Rohde, chairman at Blue Ocean Robotics, says: “We are pleased that we have been able to attract capital from such a broad investor base in this investment round, which contributes to strengthening the commercialization of our robots.

Investment supports ambitious growth for “robot venture factory”
With a doubling of the company value in just one year, Blue Ocean Robotics is now worth DKK 800 million – nearly $120 million.

Unlike most other companies in the Odense robot hub, Blue Ocean Robotics focuses on more than one product, with a range of service robot products for widely varying industries such as healthcare, hospitality, construction and agriculture.

The Blue Ocean Robotics “robot venture factory” concept is that new robot concepts are developed in the parent company and then placed into subsidiaries, which in time are sold.

Risager says: “We are extremely happy that our now larger and dedicated group of investors sees the opportunities in providing working capital for our fierce expansion, staff growth and continued commercial scale-up.

“The interest in our service robots is accelerating much faster than we had dared to hope.”

As Blue Ocean Robotics receives support from new investors, there is continued cash backing from the previous group of prominent investors, including two previous rounds of DKK 50 million ($7.4 million) and DKK 100 million ($14.8 million) in 2016 and 2018, respectively.

“To support this global growth, we have scaled up in all parts of the company, from sales, marketing, customer service, finance and production.”