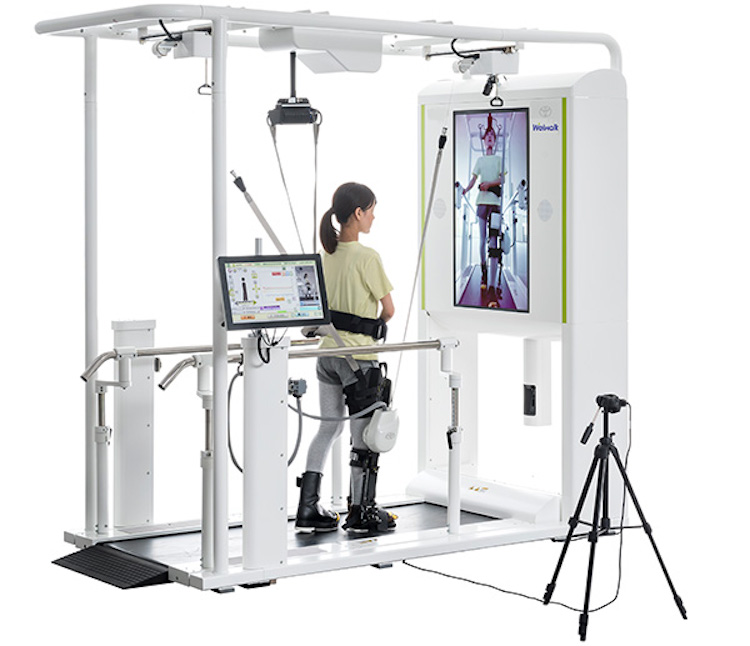 The Welwalk WW-2000 upgrades the various features of the prior model (the Welwalk WW-1000), namely the rehabilitation support functions based on motor learning theory and the ease of use in clinical settings.

Specifically, it adds functions that display assistance settings in real time to improve abnormal gait as well as a game function that helps maintain motivation so patients continue their rehabilitation efforts.

The adoption of these new functions reduces burdens on therapists compared to the previous model while providing more efficient walking training to patients.

The prior model was provided on a rental basis to medical institution, but in light of requests from healthcare institutions and market assessments, the Welwalk WW-2000 will be made available for purchase with the aim of improving overall quality of service.

In addition, production will be implemented at the Motomachi Plant, with a sales target of 50 units sold to medical institutions annually.

In line with the vision of “freedom of mobility for all, and the joy of self-reliance”, Toyota has been developing rehabilitation assist robots in collaboration with Fujita Health University in Toyoake City, Aichi Prefecture since the end of 2007, with the robots used in pilot testing in healthcare settings and clinical research at medical institutions starting in 2011.

In 2017, rental of the Welwalk WW-1000, which was the first Toyota product to receive approval as a medical device, commenced.

The Welwalk WW-1000 received the 8th Robot Award in 2018, and to date, it has been used at approximately 80 medical institutions in Japan.

With the launch of the Welwalk WW-2000, Toyota hopes to bring the “joy of walking with one’s own feet” to even more patients while reducing burdens on therapists.

Prices being quoted by Toyota are $215,000 to purchase the hardware and then $450 a month in maintenance starting from the second year.