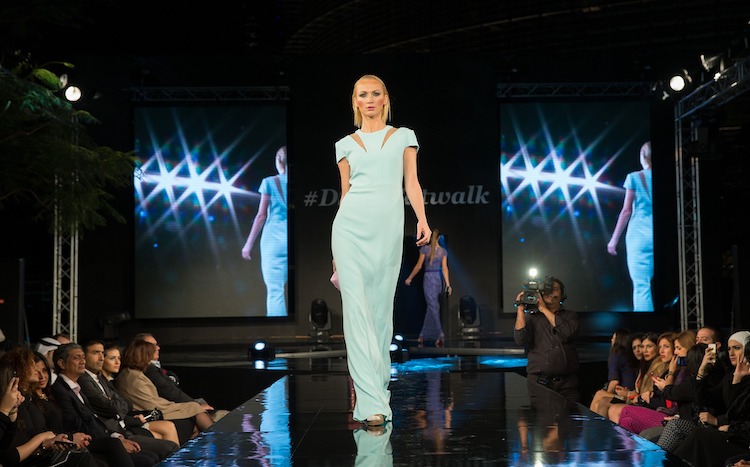 The fashion industry is investing huge amounts of money in artificial intelligence systems that can provide what is called “sentiment analysis”, which is similar to customer feedback, except that it’s indirectly acquired.

A massive number of data points can be collated and analysed – a quantity of information that only an AI system can process. And after processing it all, conclusions can be drawn.

For example, sentiment analysis can help discover whether people are speaking positively about some products or negatively about others; or it can collate and organise all reviews; or it can monitor the news media to see if the brand is being mentioned, and in what context.

Usually, all of the information is collected and then what might be called “real” intelligence ultimately needs to be applied. An AI system can make simple judgments, such as if an item is being positively discussed and reviewed, it’s obvious that the item in question could do well if it was continually stocked. 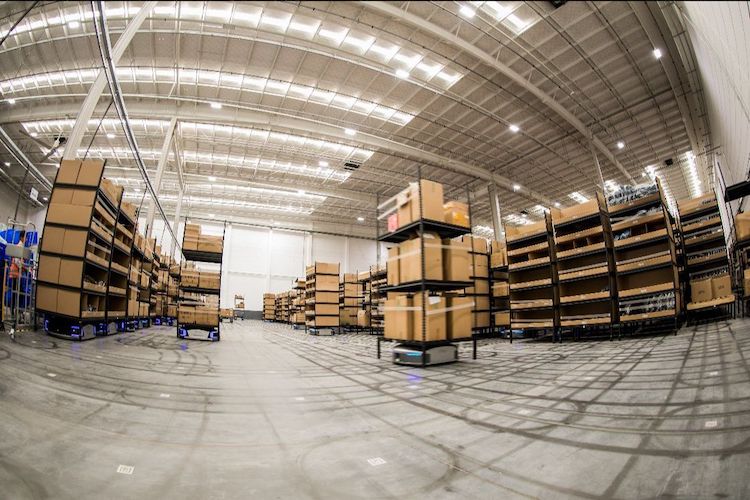 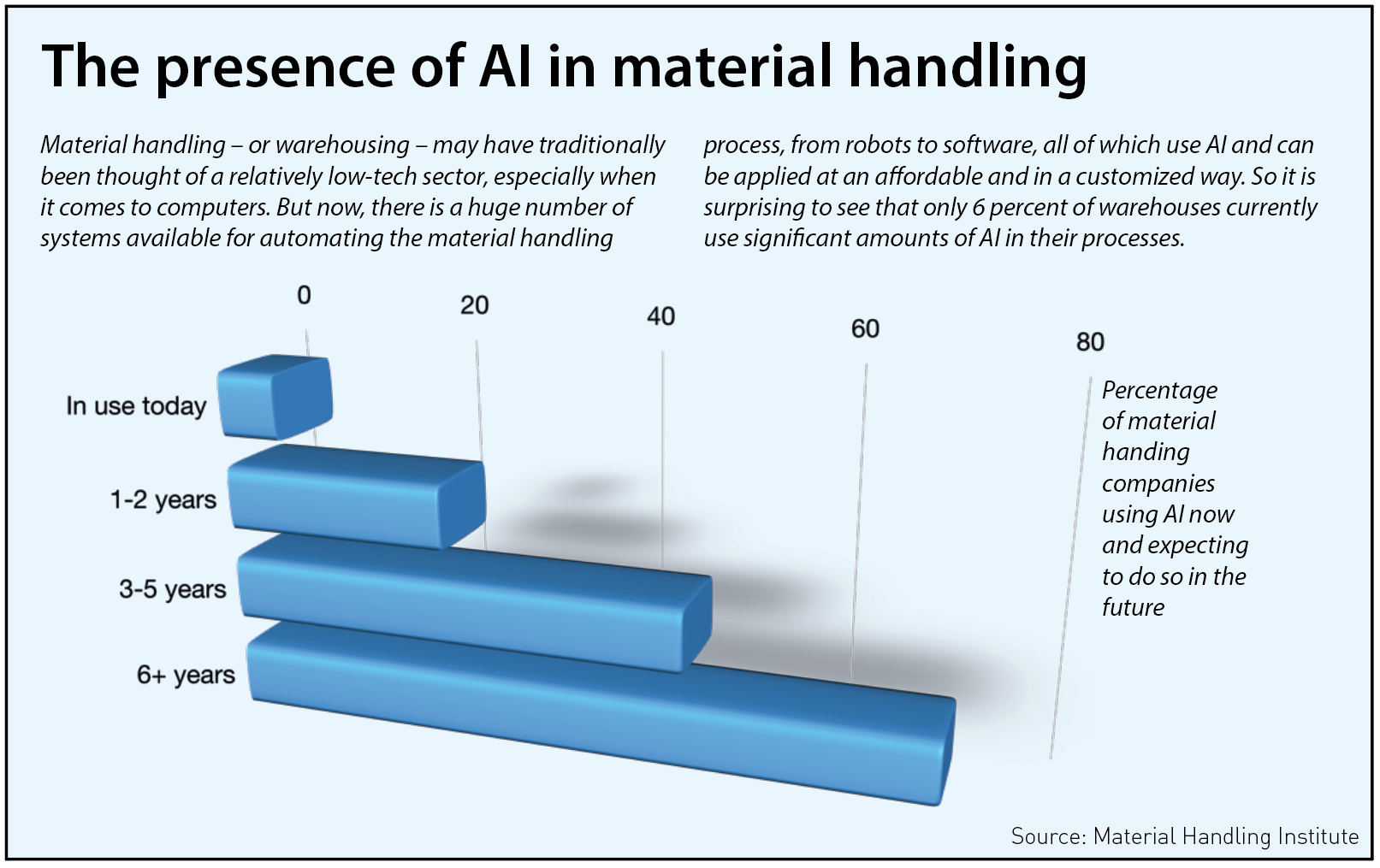 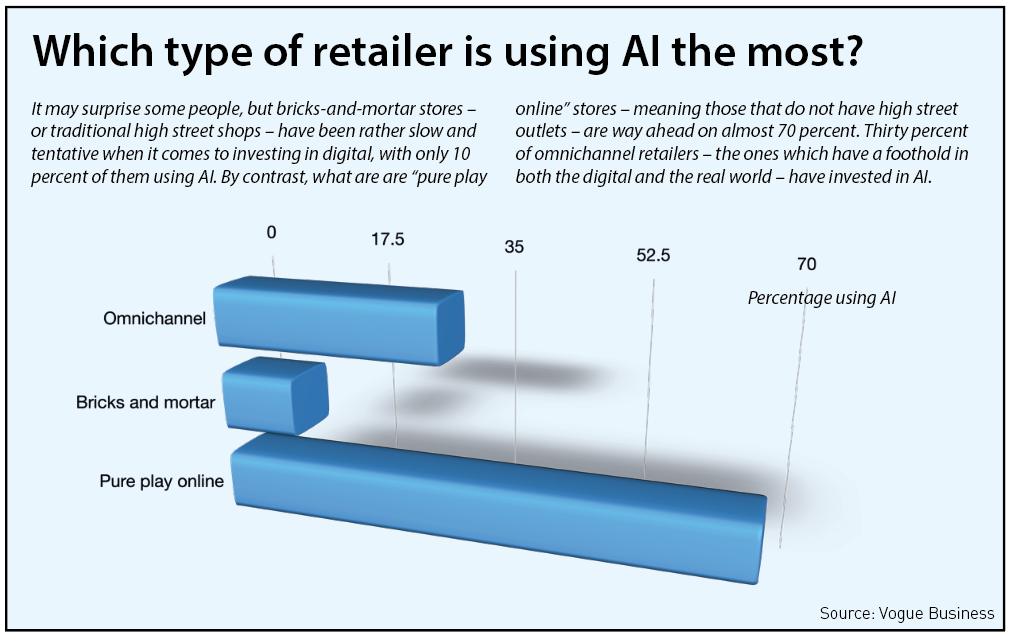 However, it is ultimately a human who will have to make decisions about how to respond to stories in the media, for example. And anyway, it’s not often the case that products are universally liked or disliked – the human will probably have to decide what to do about the balance.

But whether it’s a human or AI that makes the decision about which products to manufacture, the supply chain aspect of the operation needs to be fast enough to take the product to the market and customer before tastes and fashions change.

The warehousing aspect of the supply chain, in particular, is a critical part of the product’s journey. A warehouse can be something of a bottleneck, slowing down distribution, if it is a traditional type of facility, of which there are still a surprising number still in existence.

According to the Material Handling Institute, the vast majority of warehouses do not use advanced technologies such as AI and robotics. In fact, the MHI found that just 6 percent of warehouses have implemented robotics and AI so far.

However, that number is set to grow almost four-fold, to 23 per cent, within the next two years as warehouses prepare to invest in the new technologies that will help them deal with a number of challenges facing the industry.

Apart from intense ongoing competition in a low-margin market, warehouse operators are having to deal with difficulties in finding human workers who are willing to stay in the job for any significant length of time. Constantly advertising for new workers, hiring them, and training them costs money, further eating away at margins.

The e-commerce market may be booming, but many warehouse operators are finding the going quite tough.

But robotics and AI offers a solution which would change the fortunes of most if not all warehouses. No longer do they have to think of automation as expensive installations of fixed infrastructure such as conveyors and large, grid-like automated storage and retrieval systems, they can hire small autonomous mobile robots which can do the job.

Moreover, autonomous mobile robots are ideal for a high-mix, low-volume orders, which is perfect for today’s mass customization environment, where more people will want a greater variety of products than ever before. And they will want it, like, yesterday.

The days of waiting for six weeks for the mail-order catalogue company to deliver your order are long gone. Same-day delivery is the aim for some retailers.

In terms of the AI integrated into autonomous mobile robots, it’s a growing list. At the moment, Geek+ says its robots feature the following AI functionalities:

The last one on the list deserves a more elaborate explanation because it’s quite sophisticated. Dynamic location is the term being used, but what it basically means is that the robot is connected to the cloud, which stores data about which goods are selling fast and which ones slow.

The robot will autonomously locate itself closer to the order-picking station if its shelf contains faster-moving goods, and further away if it’s slower-selling goods. AI at its simple best.

This article is an extract from a white paper, AI and the Business of Fashion, produced by Robotics and Automation News in association with Geek+ Robotics.