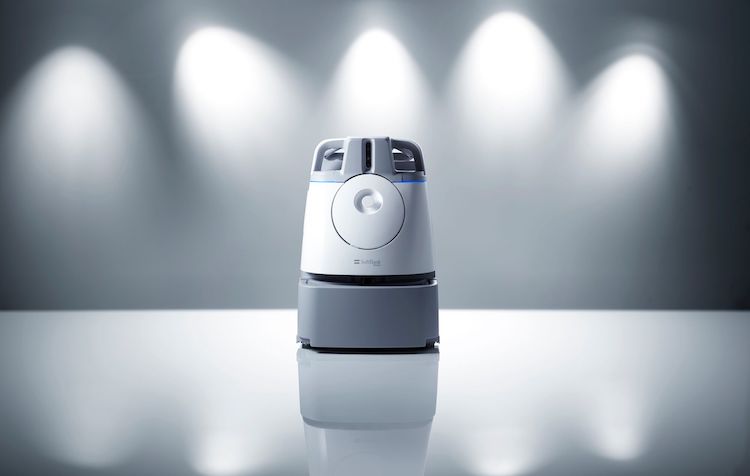 The initial launch is in North American, and Whiz is described as a “commercial-grade autonomous vacuum sweeper”.

The machine has been unveiled at the ongoing ISSA Show North America in Las Vegas, Nevada.

The trade show, the largest event for the Worldwide Cleaning Industry Association, brings together over 16,000 professionals from around the world and 700 exhibitors demonstrating new solutions and innovative equipment.

Following a successful launch in Japan and recent introductions to select markets across Asia, SBRA is pleased to bring Whiz to customers in North America.

Publicly available from yesterday, Whiz has already put its innovation to work in commercial spaces across the country this year in pilots at airports, hotels, offices, campuses, and more.

Whiz is powered by BrainOS, the award-winning commercial robot operating system, and can record up to 600 cleaning routes, for which staff teach the robot the initial floor cleaning route upon their first use.

Subsequently, routes are stored in Whiz so it can repeat the cleaning route autonomously on its own. Through cloud data visualization, cleaning and status reports on Whiz can be gathered and analyzed.

SBRA and ICE Robotics US jointly developed Whiz and have formed a strategic partnership to deliver Whiz in North America. ICE Robotics, the newly-formed global subsidiary of Intelligent Cleaning Equipment, is focused on reducing repetitive tasks for cleaning professionals through the deployment of autonomous cleaning equipment and related technologies.

The partnership emphasizes the importance of – and critical need for – robotics and automation within the commercial cleaning industry to augment the workforce in delivering cleaner, healthier lives.

Mike DeBoer, ICE Robotics US president, says: “We’re pleased to join SoftBank Robotics on their US launch and commercialization of Whiz.

“Both of our companies see robotics and automation as foundational to real innovation that benefits companies, employees, and everyone’s day-to-day life.”

“Our partnership is crucial to our mission of augmenting the cleaning workforce and elevating cleaning standards in the US.”

SBRA is also pleased to be working with forward-thinking partners in commercial spaces. CVG, one of the US’s fastest-growing airports, participated in the pilot program and is expanding their use of Whiz as part of their focus on global airport, community partner, and business operation leadership.

Brian Cobb, chief innovation officer of the Cincinnati / Northern Kentucky International Airport, says: “At CVG, innovation is not a buzzword; it’s a way of doing business – the new normal of advancing talent and technology deployments.

“We work with a lot of promising innovators, but Whiz is a forward-looking innovation that is actually driving results today. Already we’re seeing improved productivity and effective digitized asset management.

“Whiz also is helping to bridge the gap between workforce recruitment challenges and the work that needs to be done.

“Our focus continues to center on exceeding customer expectations while delivering on our brand commitments, which is why we’re expanding our relationship with SBRA and integrating Whiz as an addition for our staff.”

With its small build and computer vision navigation, Whiz can navigate its way close to walls and avoid obstacles, while the notification pager can send real-time alerts in case of any unexpected issues.

Whiz can clean areas up to 15,000 sqft, the size of 3 basketball courts, for 3 hours on a single-battery charge.

Educators have benefitted from both Pepper and NAO, their smaller humanoid robot, in the classroom. Partner robotics companies, such as Simbe and ICE Robotics, are integrated into SBR’s global inventory and distribution network.

In their next step of augmenting the workforce through automation, Whiz is designed to benefit the commercial spaces we expect cleanliness from, use, and maintain on a daily basis.