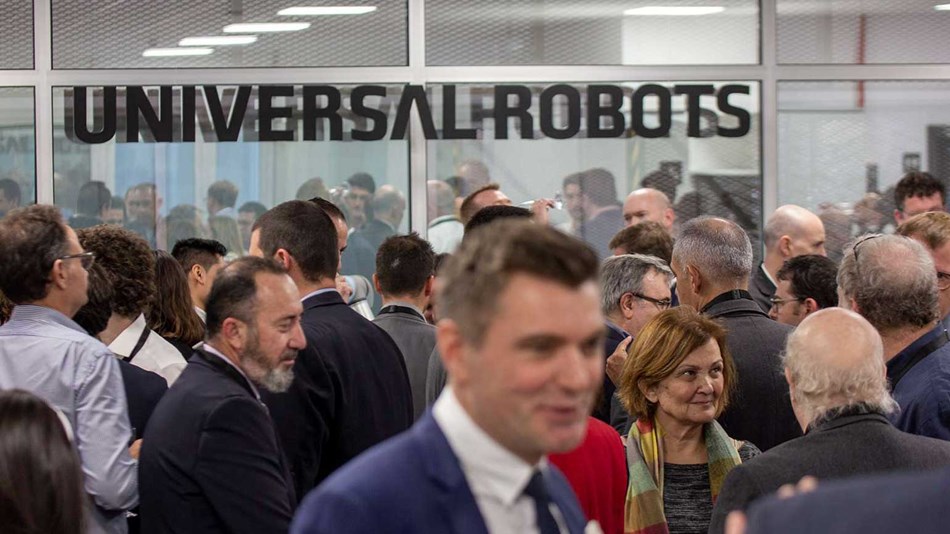 Described as “the first worldwide hub focusing on collaborative robotics”, the center is located in 22@ district of Barcelona.

The new hub is 1,500 sq meters that are occupied by each company’s different offices, plus a joint showroom where the latest technology and applications for cobots will be demonstrated. About 30 people work in the hub.

Conceived as an inspirational space to innovate in collaborative robotics and mobile robotics, the new site will also host training sessions and meetings for generating synergies between developers, distributors and manufacturers.

Founded in the city of Odense, Denmark, UR and MiR are the two largest and leading robotics companies in Odense. The two companies are now extending their presence in Barcelona as well.

In recent years, the Catalan capital has become a focal point in automation. According to the Agency for Competitiveness of the Government of Catalonia, nowadays there are a thousand foreign companies in technology sectors in Catalonia.

Matilde Villarroya, general director of industry for the Government of Catalonia, who attended the opening, said: “Catalonia has the qualities that foreign companies value to invest in: a dynamic, diversified and internationalized economy with excellent infrastructure and an innovative business environment.

“The project of UR and MiR is very relevant for the Catalan economy: Industrial robotics is a key factor in the transition to Industry 4.0 and plays a very important role for the society development.”

According to Jürgen von Hollen, president of UR, the selection of the 22@ district of Barcelona as the place for the new hub responds to a strategic decision.

Hollen said: “We have chosen Barcelona because it gives us access to qualified resources, ability to attract talent from around the world, a vibrant business activity and good infrastructure.”

Thomas Visti, CEO of MiR, said: “This collaborative robot hub will bring us even closer to the Southern European market and to letting us share the latest technologies.

“This is a great opportunity for us, as this is a market of high potential, where we see continuously more companies in all types of industries that are interested in optimizing processes with collaborative robots to stay competitive.”

“UR and MiR are two excellent representatives of that. Now the model has been exported to Barcelona, creating a collaborative robotics center for Southern Europe.”