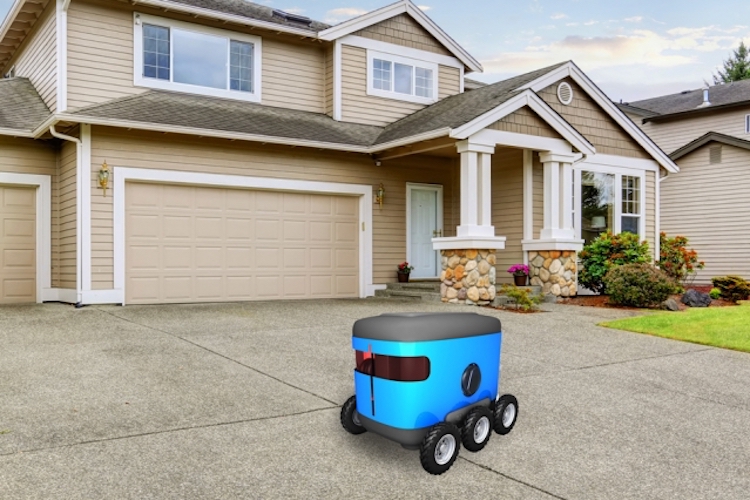 MIT has developed a navigation method that is designed to help delivery robots find the front door of an address. (See video below.)

Standard approaches for robotic navigation involve mapping an area ahead of time, then using algorithms to guide a robot toward a specific goal or GPS coordinate on the map.

MIT says that, while this approach might make sense for exploring specific environments, such as the layout of a particular building or planned obstacle course, this method can become “unwieldy in the context of last-mile delivery”.

MIT engineers have developed a navigation method that does not require mapping an area in advance.

Instead, their approach enables a robot to use clues in its environment to plan out a route to its destination, which can be described in general semantic terms, such as “front door” or “garage”, rather than as coordinates on a map.

For example, if a robot is instructed to deliver a package to someone’s front door, it might start on the road and see a driveway, which it has been trained to recognize as likely to lead toward a sidewalk, which in turn is likely to lead to the front door.

MIT says the new technique can “greatly reduce the time a robot spends exploring a property” before identifying its target, and it doesn’t rely on maps of specific residences.

Michael Everett, a graduate student in MIT’s Department of Mechanical Engineering, says: “We wouldn’t want to have to make a map of every building that we’d need to visit.

“With this technique, we hope to drop a robot at the end of any driveway and have it find a door.”