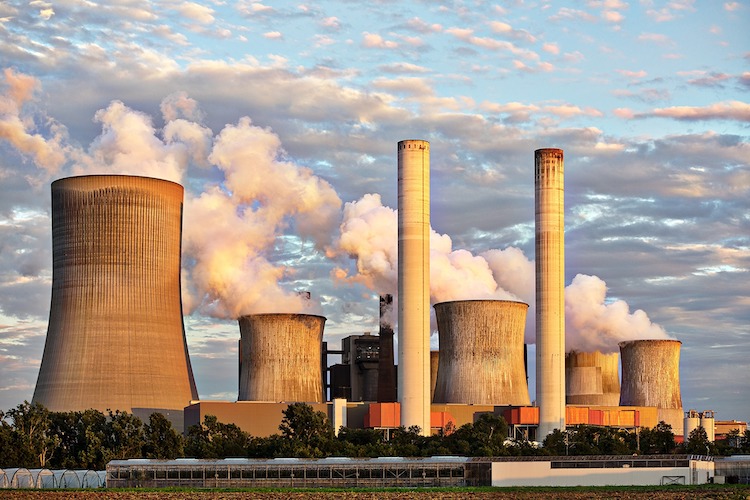 In this global era, scientists are in search for the production of more electrical energy by means of different resources to meet the needs of society.

Electrical energy is produced by the help of different energies such as mechanical and heat, and so on. In this way, it is an artificial energy.

The lightning you see in thunderstorms is pure electricity generated by the water molecules. We are unable to utilize this electrical energy as it would not meet the current needs of the world because clouds may not form this energy in abundance. But nature has bestowed our planet Earth with different sources to produce energy.

The question arises: is electrical energy non-renewable or renewable energy?

The answer to this question is simple, it depends on the resources that are used to produce it as it is an artificially produced energy. It’s not naturally produced energy like fossil fuels and oil. But it is produced in power plants of various types, as listed below.

Depending on these resources, they can be renewable or non-renewable. Natural resources such as fossil fuels, gasoline, natural gas, oil, petrol and so on, that are burnt to produce heat energy and as a result helps to run turbine which in turn produces electrical energy.

Following is the list of best energy resources to produce electrical energy.

The generator uses the motion of the shaft to make rotor work. Rotor contains oppositely charged magnets and it is circled by loops made up of copper. The electromagnetic induction is created by rotor thus generates electricity.

This produced energy then goes through transformers to increase or decrease voltage and to transfer it successfully over long distances. It is the best and cheapest source of electrical energy. But requires large area for its stations.

The steam of coal is then flowing in turbine which turns the generator to work as a result electricity is produced. Turbines spin the generator at 3,600 revolutions per minute. This makes 20,000 volts of AC electricity.

For the energy content of coal, it is the least expensive among the energy resources. Although it causes pollution in the environment, but scientists have devised a process to refine the dangerous elements and pollutants before extraction of smoke that affects the environment negatively.

Clean coal and clean power plants have been introduced to reduce pollution.

Geothermal: Geothermal energy steam plays the key role. This steam comes from the hot reservoirs of water found a few miles under the surface of the earth. The steam is used for the activation of the turbine. The types of geothermal power plants are three:

Dry steam power plant: in these power plants the steam underneath Earth’s surface is derived directly through pipes. It is then used to run generator units.

Some are really hot that are nearer to hot mass(lava) and some are moderate. Flash steam power plants uses the water with temperatures that are greater than 360 degrees. Under the influence of its own pressure the water rises up to the well.

The pressure reduces as it drives upward. due to this water boils up and is converted into steam. The steam is then used for the production of electricity by running generators. Also, it is a sustainable resource as the water that is not converted into steam can be stored for later use.

Binary steam power plant: These are the power plants that uses water with lower temperature. The temperature may be between 225 to 360.

These plants use the heat from geothermal energy to boil organic compound which has a low boiling point. By the use of heat exchanger, the vaporization of the working fluid is done. This turn the turbine. The advantage of this resource is that the water is released back to the earth to reheat it.

Geothermal energy is a renewable resource of energy to produce electrical energy as heat used in it is produced in the core of the earth.

Nuclear: By the splitting of uranium nuclear energy is generated. This process is known as fission. It produces heat and this heat generates steam.

The steam produced is used by a turbine to run generators and as a result electricity is produced. It is the cleanest energy source of electricity as it does not emit carbon dioxide. Plus, it does not generate any greenhouse gas emissions.

It is generally a more expensive type of plant for energy production. But the benefit it provides is that it does not pollute the environment as other energy resources do.

Natural gas: For the production of electricity, natural gas is widely used all over the world. It has a clean burning nature. Due to economical, technological and environmental changes.

The natural gas power plant consists of gas engines and combustion engines. They can be easily turn on.

Fossil fuels are used in these combustion chambers. They are burned to release hot gasses. Then these released hot gases are used to run the generators which produces electricity. 30 to 33 percent of the energy is used to produce electricity.

Due to the advancement in technology these natural gas power plants have gained popularity. This energy resource of electricity is nonrenewable. Also, it’s not cheaper than non-renewable resources like wind energy and geothermal energy.